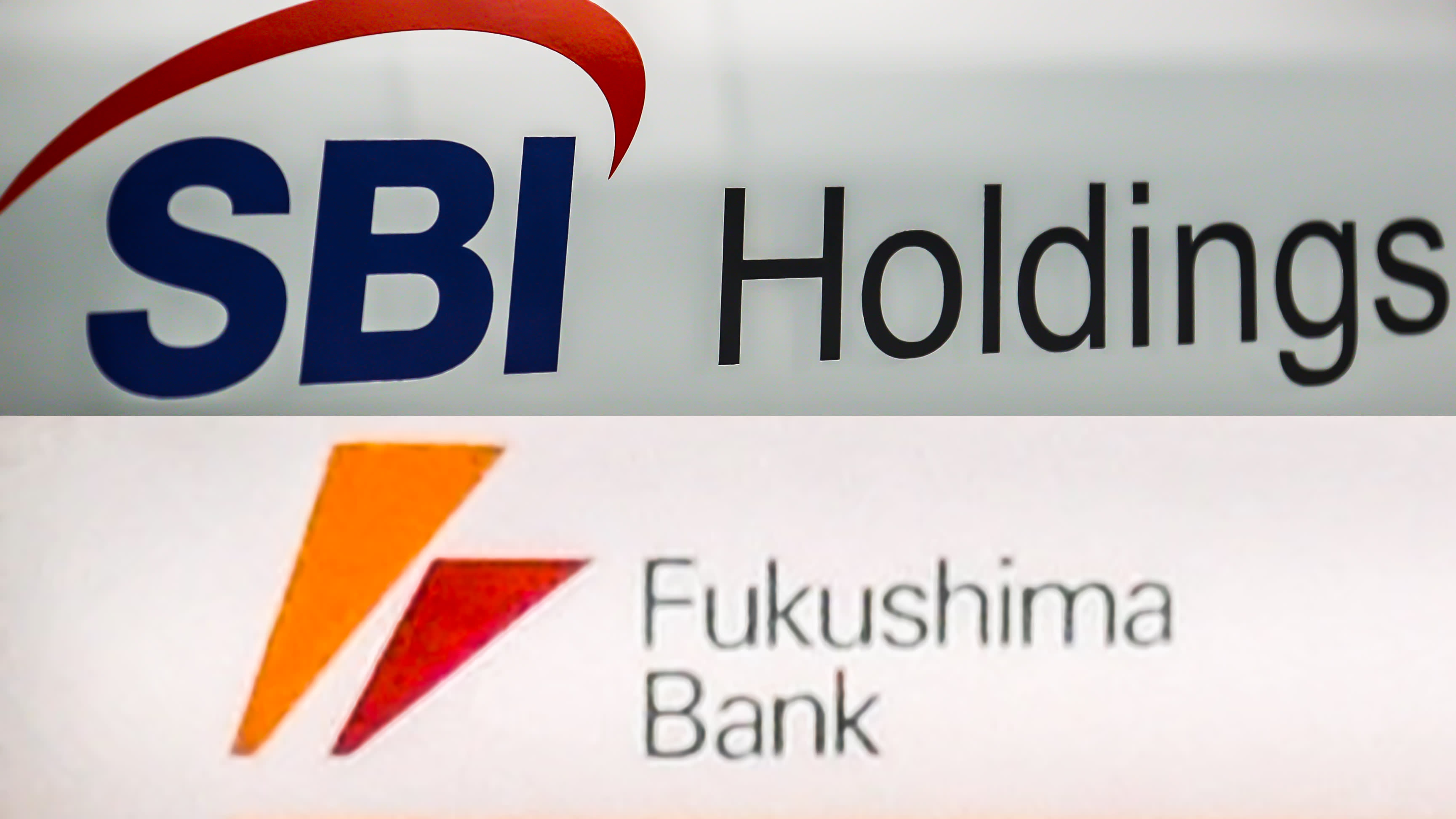 Fukushima Bank is hoping that a partnership with SBI Holdings will lift it out of the red.

TOKYO -- Japanese regional lender Fukushima Bank is getting a cash injection from SBI Holdings, the nation's largest online broker, as it turns to technology in hope of emerging from the banking slump.

Fukushima Bank, based in the northeastern prefecture devastated by the 2011 earthquake and nuclear disaster, said Monday that it will receive capital investment of 1.1 billion yen ($10 million) from SBI Holdings, giving the internet company a stake of close to 20%.

Fukushima Bank posted its first net loss in seven years in the fiscal year ended in March 2018, dragged down by declining loan interests as interest rates remained low. The Financial Services Agency issued an order to the bank the same year to improve profitability.

Faced with declining loan demand amid a falling and shrinking population in Japan, many regional banks are seeking mergers to survive, while others have strengthened partnerships with the nation's three dominant banks -- MUFG, Sumitomo Mitsui Financial Group and Mizuho Financial Group.

The Fukushima injection follows a similar investment by SBI into another regional lender, Shimane Bank, in September. The online broker has plans to form capital alliances with regional banks across the country. Its investment in Fukushima Bank is its second attempt to partner up with the bank.

"We are trying to become a financial service provider that can support people and businesses in the region throughout their life cycle," Fukushima Bank said. The bank wants to tap into SBI's "innovative and easy-to-use online financial products and services, covering banking, investment and insurance."

SBI has gained a market share of close to 40% in online trading in Japan by keeping costs and service fees low through its focus on online operations and eating away market share from traditional brokers such as Nomura.

SBI has expanded into online banking through a partnership with Sumitomo Mitsui Trust Bank, becoming a top supplier of online mortgages. In recent years, SBI has been expanding its presence in the banking industry by taking stakes in regional banks and sharing its online business know-how with them.

SBI is also known as an active player in cryptocurrency. It is an investor in Ripple, an American company developing an inexpensive global payment system based on blockchain technology.