Now the Japanese company wants to attract the masses 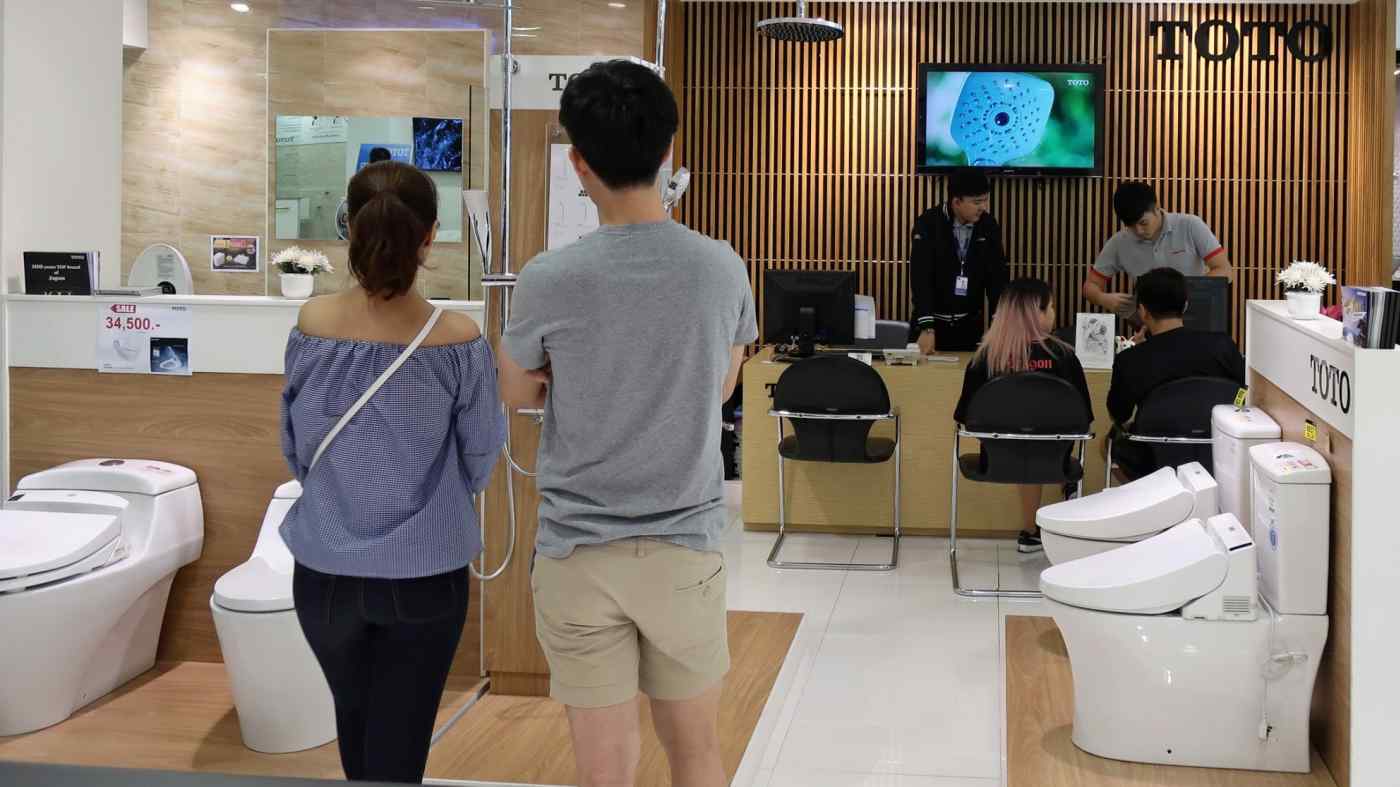 BANGKOK -- Forget fancy cars and high-end smartphones: The latest symbol of affluence in Thailand is the bidet toilet, like the ones produced by Japan's Toto. Now, the creator of the Washlet is trying to convince consumers its products are not just posh but practical, too.

Toilets equipped with water-spraying nozzles are cropping up in Bangkok's upscale hotels, shopping malls and restaurants. "The Washlet is becoming an iconic luxury item in Thailand," said Hiroyuki Suzuki, the president of Toto Thailand.

While some consumers prioritize cleanliness, more buyers say they want the "sense of satisfaction from using a high-tech toilet," according to Suzuki. High-end condominiums in the capital are also installing Toto's products to distinguish themselves from midrange competitors, he said. It took about 20 years for toilets that double as bidets to catch on in Japan. The release of a Toto television commercial in 1982 was a watershed. The slogan? "Buttocks, too, want to be washed."

While bidet toilets, or shower toilets, are still a rarity in much of the U.S. and Europe, they have been spreading fast in China and Taiwan since around 2010.

Toto sees plenty of promise in Southeast Asia, and Thailand in particular. The company believes the Thai market is ripe much like China 10 years ago, when demand started to surge in urban areas.

Brisk tourism traffic from Thailand to Japan, spurred by a new visa waiver, may be a factor. Thai travelers are bound to encounter shower toilets during their stay -- and experience the benefits for themselves.

Thailand's current bathroom standards could both help and hinder Toto's plans for expansion. On the plus side, toilet water tanks are typically installed in a way that makes it "easy to retrofit the Washlet onto existing toilets," Suzuki said, referring to the part with the spray nozzles.

In addition, Thais are already familiar with the practice of spraying themselves clean: Manual shower heads are commonly found next to toilets, and used to clean both oneself and the toilet.

The challenge for companies like Toto is to convince consumers that their souped-up toilets offer something better. Certainly, the new products have far more functions, including the ability to adjust the water temperature, jet strength and nozzle movements.

"Familiarizing people with the practice of cleansing the buttocks with water jets from a toilet seat may be the top priority for further popularization," Suzuki said.

One 34-year-old restaurateur said he plans to install a Toto Washlet because he believes cleanliness is crucial for attracting customers.

Toto intends to fine-tune its strategy for the country and promote the affordable Eco Washer, which offers cleansing functions without the electronic seat found on pricier models.