Suntory is pairing its own whiskey brands with the bourbons of Beam. The U.S. maker of Jim Beam has been growing globally.   © Reuters
January 20, 2014 07:00 JST | Japan
CopyCopied

TOKYO -- Japan's Suntory Holdings is buying the company behind Jim Beam bourbon at what appears to be an opportune moment. Japanese drinkers are downing more highballs -- cocktails made by mixing whiskey and soda -- while distilled liquor is also increasingly popular in emerging nations. 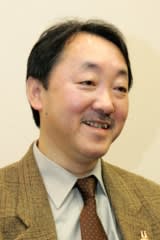 Mamoru Tsuchiya, head of the Tokyo-based Scotch Whisky Research Center, spoke to The Nikkei about the merits of acquiring the U.S.-based Beam. He said the $16 billion deal not only bolsters Suntory's product lineup but also gives the company a springboard for further international expansion.

Q: What is your take on the Beam deal?

A: I was surprised that Suntory agreed to purchase all Beam shares at a much higher per-share price than the company's recent trading levels. I wondered whether Beam was worth it. Speculation had previously swirled about Suntory potentially acquiring a spirits maker, and Beam was among the rumored targets. But at that time, I heard Suntory would spend around 700 billion yen ($6.65 billion) -- far less than what it is spending on Beam now.

If you think Beam is a company that just makes bourbons like Jim Beam and Maker's Mark, it might be tough to understand why Suntory decided to go after it. Yet Beam has been expanding not only in the U.S. but around the world. You could say that for Suntory, Beam was the best acquisition target.

Q: To what extent has Beam been expanding globally?

A: The world's five main whiskeys are Scotch, Irish, American, Canadian and Japanese. American whiskey includes bourbon and Tennessee. Among the five varieties, Irish has posted the fastest sales growth in recent years. It is particularly popular in North America. Beam bought an Irish whiskey distillery in 2011, obtaining the Kilbeggan brand. Beam also sells Canadian Club, by far the most popular Canadian whiskey brand in the U.S., along with some Scotch favorites such as Laphroaig and Teacher's. The latter is attracting drinkers in India, the world's largest whiskey-consuming country.

For many years, Suntory had been the Japanese distributor of Jack Daniel's -- the best-selling American whiskey brand, owned by Brown-Forman. But last year Suntory stopped selling it and started offering Jim Beam and Maker's Mark instead. This became a hot topic of conversation in the industry.

Q: How do you think Suntory will cultivate overseas whiskey markets with Beam?

A: Suntory's top priority will probably be North America. Beam has overwhelmingly strong competitiveness in that market. Suntory probably wants to take advantage of Beam's sales network and marketing power to sell its Japanese whiskeys, such as Yamazaki, Hakushu and Hibiki. Suntory's overall group sales -- including beer, soft drinks and food -- are large. But the sales of its spirits division, which includes whiskey, are not particularly hefty. I think Suntory's strategy is to gain a foothold in North America by acquiring Beam and go on the offensive there. Then it could set its sights on emerging markets, especially in Asia.

The acquisition of Beam makes Suntory the world's third-biggest spirits producer. Still, Suntory is up against mighty rivals in the form of Diageo, the U.K.-based industry leader, and France's Pernod Ricard, the No. 2 player. Diageo's Johnnie Walker is the best-selling brand among the world's five main whiskeys. Next comes Jack Daniel's, followed by Pernod Ricard's Ballantine's and Chivas Regal. Suntory also lags behind Pernod Ricard and Diageo in the Chinese market.

I am not sure what Suntory's ultimate global expansion goals are. But I think the company will look to the whiskey markets in India, Russia and other emerging countries, including in South America. I also think there is room for Suntory to make an aggressive move in fields besides spirits.