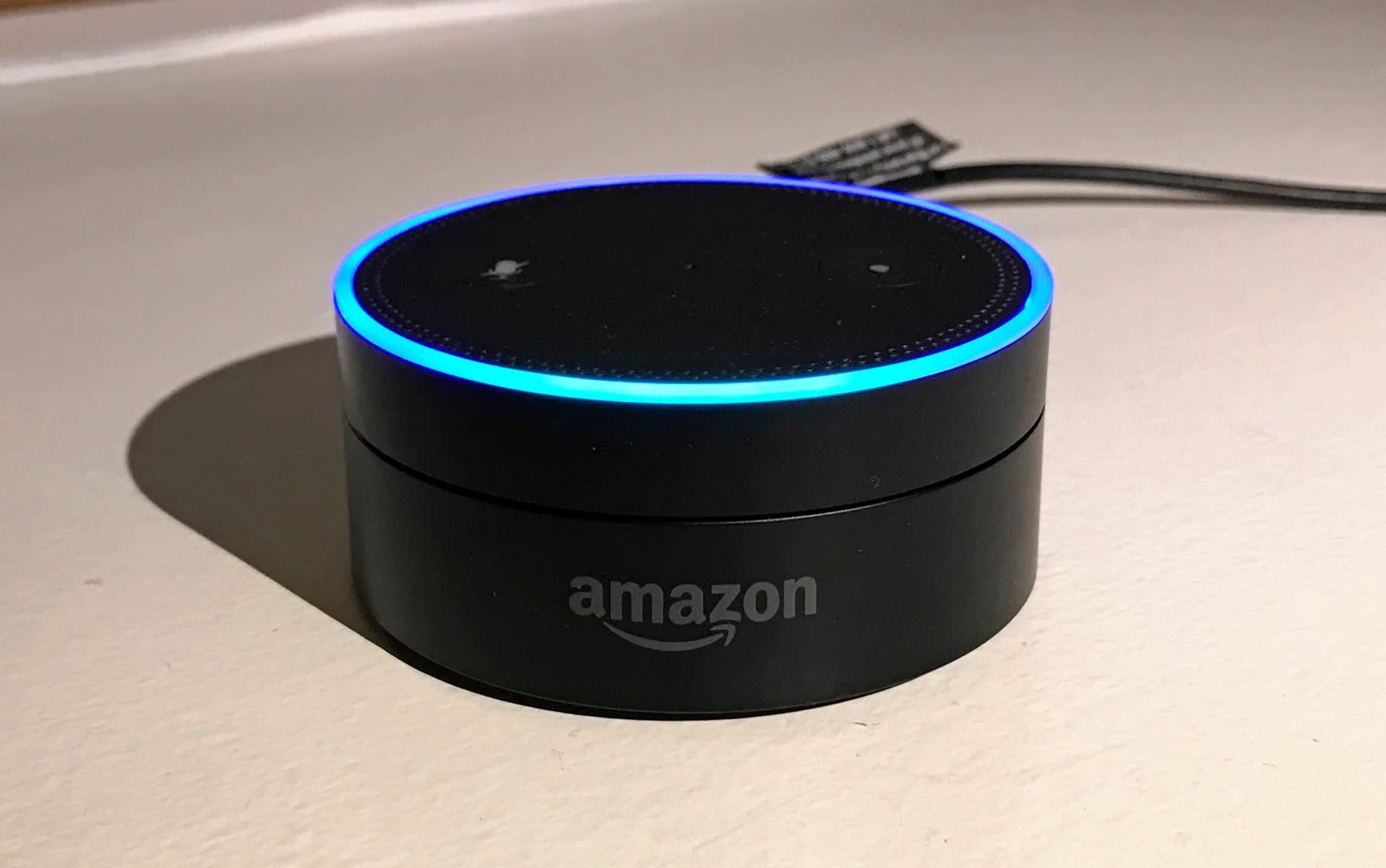 BARCELONA, Spain -- There is a battle heating up in the new market for voice-operated digital devices empowered with artificial intelligence.

That was one of the takeaways from the Mobile World Congress, which just ended its run in Barcelona and dubs itself the world's largest gathering for the mobile industry.

The smart speakers released first by Amazon.com and more recently by Google are pioneering examples of this new breed of AI-empowered intelligent gadgets.

Now the two companies are working to convince other manufacturers to adopt their technologies. And soon, they also will have to contend with Japan's messaging app provider Line, which plans to enter the market this summer.

All three companies are hurrying to build a strong foundation for a market that is projected to grow 52% in volume and 36% in value to reach sales of 4.5 million units worth $600 million this year, according to a forecast by the Consumer Technology Association. Google's AI-empowered, voice-activated intelligent device is called Google Assistant. The company debuted its own Google-brand smartphone and a smart speaker equipped with the technology last fall. Now it is looking to broaden the Google Assistant universe to include the products of other companies.

Google Senior Vice President Rick Osterloh clarified that strategy at the Mobile World Congress, saying Google would provide the technology to other companies, not just for smartphones but for other gadgets as well.

One of these partners will be LG Electronics of South Korea, which last month said it plans to use Google's voice-activated AI in its smartphones.

In forging partnerships, Google is hurrying to catch up with Amazon, which released a voice-activated intelligent speaker system based on its Alexa intelligent personal assistant in 2015.

Amazon has already sold more than 5 million units of its smart speaker system, and now the company is looking to broaden its partnerships for Alexa. In January, it said it would provide Alexa to LG Electronics for intelligent refrigerators that can restock themselves by ordering foods for delivery from Amazon.

Stepping into the fray this summer will be Line, which plans to release a smart speaker in Japan and South Korea equipped with its own intelligent personal assistant dubbed Clova. This speaker, like the offerings from Amazon and Google, will understand spoken commands to control appliances in the home, read the news and the like.

In addition to this smart speaker, Line is partnering with companies like LG, Sony Mobile Communications, and toy maker Tomy to embed Clova in a range of products.

Line hopes to set itself apart by offering AI technologies that support Asian languages. Toward that end, it is working with parent company Naver of South Korea to hire hundreds of people with AI experience over the next three to five years.

The more data an AI can collect, the smarter it can get. That suggests the key to success is how widely these companies can broaden their partnerships and maximize their users. Motorola decided to use Alexa for its new smartphones, and the decision was based on that fact that Amazon has a greater market share than Google, according to a senior director at Motorola Mobility.

In Japan, AI is missing in action.

The world's appliance makers have begun actively incorporating artificial intelligence into their products. For example, the top-of-the-line home vacuum robots from U.S. maker iRobot and British maker Dyson come equipped with AI to map the rooms in the house and figure out the best cleaning route to take.

But Japan's appliance makers are not part of this trend. In fact, they are noticeably late to the AI party.

Sharp debuted a toaster oven in 2016 that can recognize speech and make menu suggestions, but that is not an example of the use of AI. The oven simply accesses a database and suggests menus.

"The development costs are high, and it is hard to convey to consumers the advantage of introducing AI," explained one industry insider.

The leading Japanese appliance makers instead are focusing their efforts on product lines that incorporate communications capabilities so people can control them from their smartphones.

Panasonic, for example, has debuted air conditioners with this feature, and Mitsubishi Electric offers rice cookers.