Drugmakers seek ways to deal with the 'patent cliff' 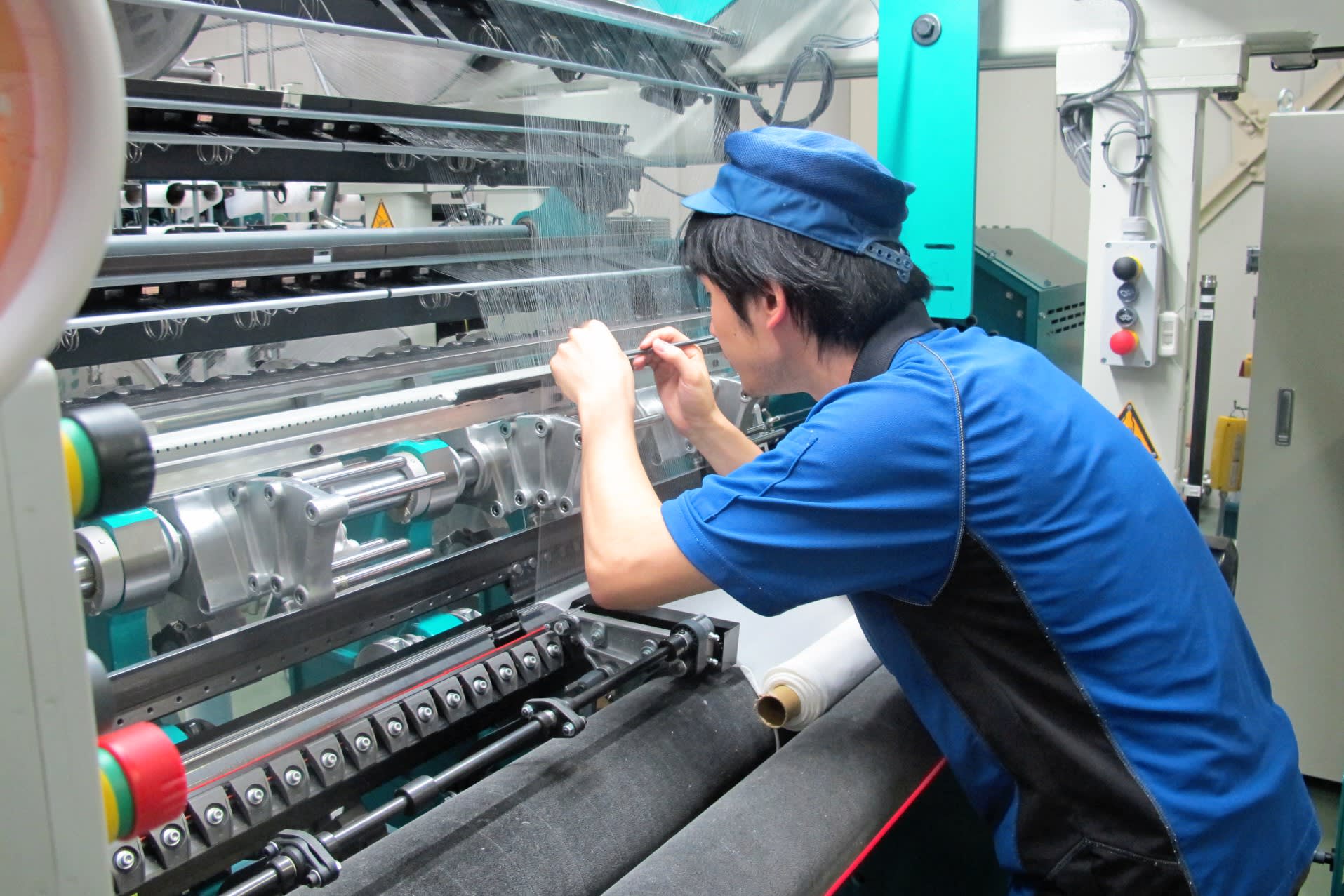 TOKYO   Despite knowing well in advance, a company loses 40% of its total revenue overnight and there is little or no hope of recovery. In the absence of a high-profile scandal, companies in most industries would consider themselves extremely unlucky to be facing a situation like this. But the problem is far from rare in the pharmaceutical industry.

The culprit is substance patents, which are where much of the value in pharmaceuticals lies. Once the patent expires, the manufacturer can suffer a huge drop in sales as it falls off the proverbial patent cliff. Consequently, drugmakers are looking at a variety of ways of stepping back from the edge of the cliff, or at least not landing so hard when they fall.

A tiny sensor on a 1-sq.-mm silicon chip -- so small it flies away if blown on -- could help resurrect one of Otsuka Pharmaceutical's key products. Partnering with U.S. startup Proteus Digital Health, Otsuka has embedded a sensor in its antipsychotic drug Abilify to enable health care professionals to determine whether patients are taking the drug in accordance with doctors' instructions. The company applied for new drug recognition from the U.S. Food and Drug Administration in September.

The active ingredients are the same as in conventional Abilify, but the medicine qualifies as a new drug because of the new function. If approved, the company's intellectual property will be protected under a data exclusivity period of eight years. If any other company were to develop a generic equivalent with a sensor similarly embedded, Otsuka could sue.

The patent covering Abilify as a drug expired in the U.S. in April. Until then, other companies could not turn out drugs with the same active ingredients, but once the patent expired, generic drugs priced at just one-third of the cost of Abilify quickly hit the market all over the world.

CONFIRMING PRESCRIPTION ADHERENCE   In the July-September period of 2015, revenue generated by Abilify in the U.S., the main market, was less than one-tenth of the same period of the previous year. Global Abilify sales in fiscal 2014 totaled more than 500 billion yen ($4.14 billion), accounting for over 40% of group sales for Otsuka Pharmaceutical's parent company, Otsuka Holdings. Facing such a huge loss of total companywide sales, Otsuka decided to act and hit on the idea of embedding a microsensor. The microsensor's silicon substrate has copper and magnesium electrodes. When the drug is ingested, the sensor reacts with stomach acids and a current flows between the electrodes, causing the chip to emit radio waves. In response to the radio waves from the chip, a patch attached to the patient's abdomen records that the medicine was taken. The chip is eventually discharged from the body.

Reportedly, 60% of schizophrenia patients do not take their medication as prescribed. Routinely skipping the drug leaves the patient likely to relapse, and in many cases the symptoms worsen.

Making it possible for the attending doctor to monitor dosing history could be a game-changer in providing effective treatment. "This can be applied to treatments for other mental illnesses," said an official at Otsuka Pharmaceutical's drug business planning division.

INIMITABLE TECHNIQUE   Other drugmakers have similarly used technology from nonpharmaceutical fields to avoid the patent cliff.

One example is Teijin, the producer of Feburic, a drug for treating hyperuricemia, which can cause gout. The drug boasts sales of nearly 70 billion yen a year worldwide, including consignment sales. However, patents covering it will expire in most countries between 2018 and 2020. Having determined that it would be too difficult, the company abandoned the idea of extending the life of the drug and instead turned its attention to textile technology.

Teijin developed and now produces a "body-absorbent fiber." This fiber is processed into a cloth and is combined with a hemostatic agent that includes a component for regenerating tissue to treat external wounds. Progress is also being made in processing the cloth into a patch that can be used to regenerate tissue in patients suffering from heart conditions. Teijin is cultivating these products to replace Feburic as its biggest earners following the expiration of its patents.

An official from Teijin's new business promotion headquarters explained the benefit of utilizing textile technology by saying, "It differs significantly from drugs that can be created by anyone once they understand the structure." Production technology is being developed jointly with textile company Fukui Warp Knitting, allowing Teijin access to valuable expertise and production equipment.

This represents something of a return to the company's roots, having originally moved into pharmaceuticals from textiles. More importantly, this is an approach that Teijin believes other companies cannot easily replicate.

SOFT LANDING   Rather than add new features to existing drugs or develop entirely new ones, some drugmakers have pursued more of a "parachute" approach. One such company is Shionogi, which has come up with an astute way of mitigating the impact of the 2016 expiration of patents covering Crestor, a drug for the treatment of elevated cholesterol and triglyceride levels.

Shionogi has negotiated a deal with British pharmaceutical giant AstraZeneca, which holds the sales rights for Crestor outside Japan, whereby royalties from Crestor sales are significantly reduced in return for an extension of the contract.

Even after the patent expires, Shionogi will receive regular income from AstraZeneca's sales of Crestor, albeit at a reduced level. This arrangement buys time for the company to develop new drugs, including treatments for HIV and influenza.

There are some drugs for which sales do not slump significantly even after the patent cliff. One is Takeda Pharmaceutical's prostate cancer treatment agent, Leuplin.

The patent for Leuplin expired in the latter half of the 1990s, but global sales in fiscal 2014 were 124 billion yen, down just 2% from the prior fiscal year and virtually unchanged from the most recent peak of 127.5 billion yen in fiscal 2006. When compared with cases such as Takeda's diabetes treatment drug Actos, for which post-patent-expiry sales fell by around 90%, the difference is stark.

The secret is the microcapsule that contains the active ingredients of Leuplin. The capsule is designed so that after it enters the body, the components seep out over an extended period of time. The drug remains effective for up to six months with a single dose, eliminating the need for monthly injections. The microcapsule is made of poly(lactic-co-glycolic acid), or PLGA. Primarily used in surgical sutures, this substance gradually breaks down inside the body. Using proprietary technology, Takeda created capsules from this material and filled them with the drug's active ingredients.

This technique is one that other companies have so far been unable to replicate. Moreover, the company has built up a solid reputation among doctors after changes to the drug lengthened the period for which it remains effective.

The war against the patent cliff is synonymous with the war against generic drugs. If medicines earn the trust of health care professionals, patients don't immediately switch to generics even after a patent expires, meaning earnings don't erode. Such is one of the "soft landing" strategies utilized by pharmaceutical companies.

OVERSEAS ACQUISITIONS   When faced with the prospect of falling off the patent cliff, the typical response of major drugmakers in Europe and the U.S. is very different from that of their Japanese counterparts. Many invest significant capital to try to secure the next big new drug by buying up other companies or investing large sums into development in specific fields. The production line for Takeda Pharmaceutical's Leuplin in Yamaguchi Prefecture

Since 2000, U.S. drugmaker Pfizer has epitomized this approach by making repeated acquisitions, including the purchases of U.S. pharmaceutical companies Pharmacia and Wyeth. As the expiration of patents covering its cholesterol-lowering medication Lipitor -- which boasted sales in excess of $8 billion -- approached in 2012, it steadily undertook this countermeasure. Last year it agreed to merge with Ireland's Allergan and is rapidly expanding its roster of drugs in development.

Faced with the expiration of patents on its antihypertensive agent Diovan in 2014, Switzerland's Novartis took on a new drug candidate in the cancer field from British drugmaker GlaxoSmithKline and is moving forward with research and development by investing in excess of $8 billion a year.