TOKYO -- Anyone who has enjoyed Japan's countless hot springs knows the country has geothermal resources -- steam that can be used to drive a turbine and generate electricity. 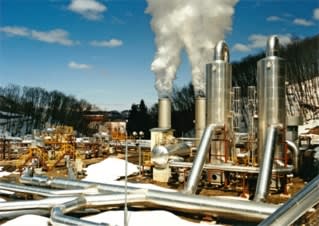 Japan has the world's third-largest reserves of such power, the latent potential to produce around 23 million kilowatts of geothermal electricity. Research and development efforts are underway that aim to more than double Japan's geothermal resources. New technology, such as injecting water underground to increase the amount of steam produced, could help make that a reality.