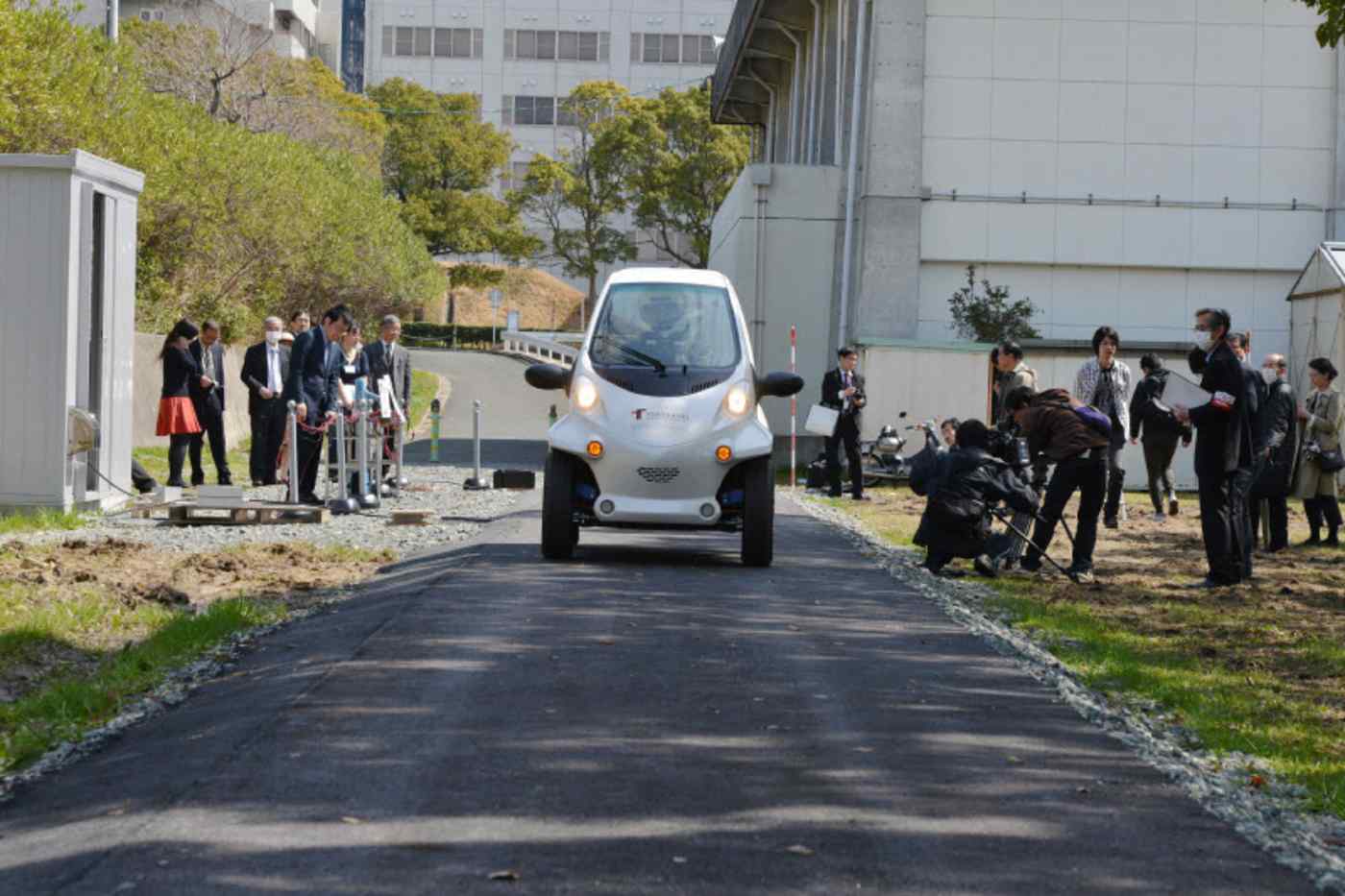 A battery-less electric car with a person on board runs for the first time in the world.
March 23, 2016 06:00 JST | Japan
CopyCopied

TOYOHASHI, Japan -- A team at the Toyohashi University of Technology on Friday unveiled a prototype electric vehicle that gets power wirelessly from a power transmission system buried under the road, in a demonstration presented to the news media.

The single-person electric vehicle was created by modifying Toyota Auto Body's Coms electric car. It drove on a test track at the school in Toyohashi, Aichi Prefecture, at a speed of around 10kph. The normal Coms is powered by a 120kg lead-acid storage battery, but the team, led by professor Takashi Ohira, has removed it to install a rectifier circuit.