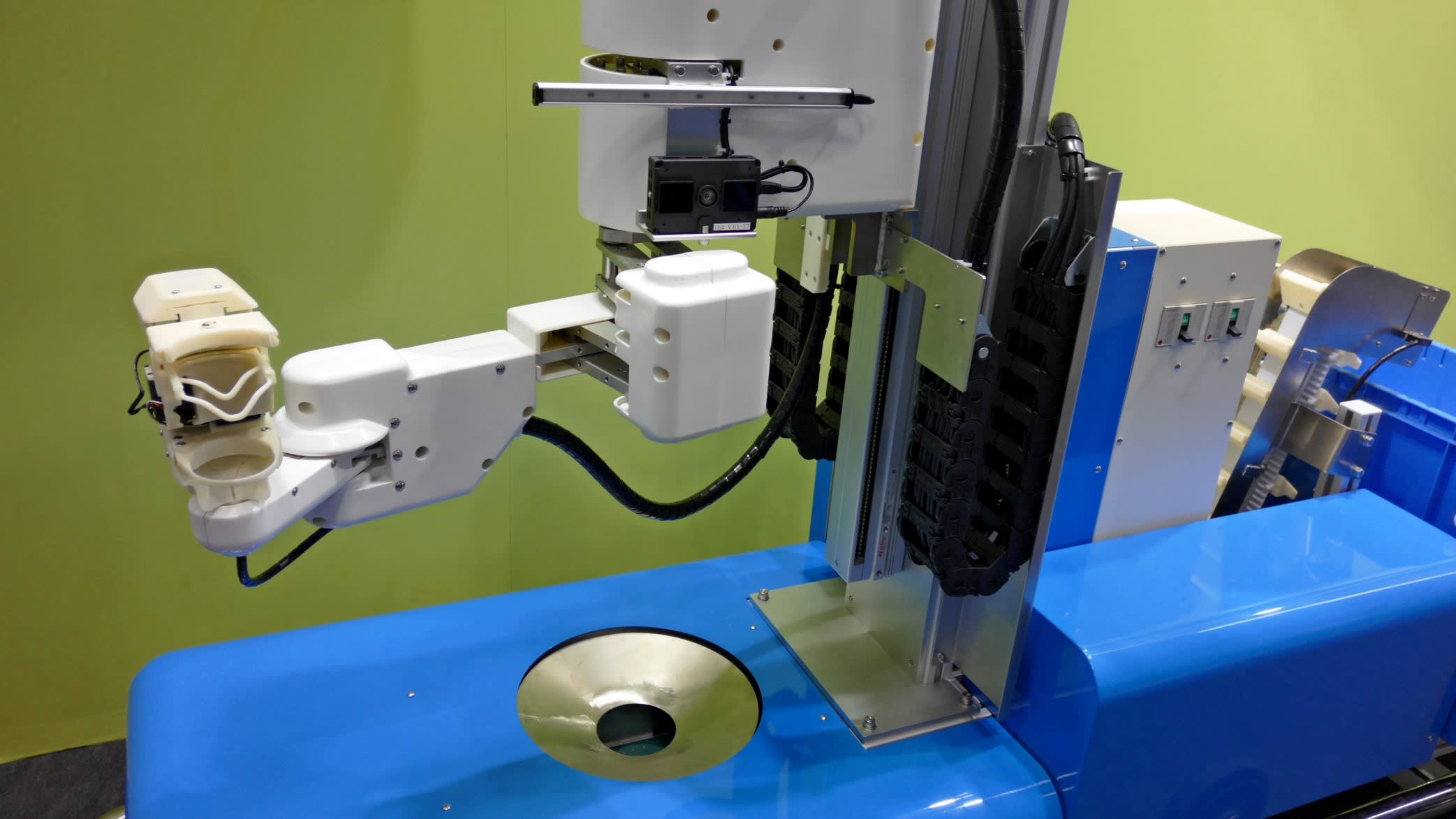 OSAKA -- Panasonic has developed a robot to harvest tomatoes, starting field tests with an eye toward eventual commercialization.

A miniature camera that captures more than 70,000 pixels is combined with an image sensor to identify ripe tomatoes by color. The robot picks them by the stem to avoid bruising and can work at times when humans are unavailable, such as at night.

When a basket fills up, the robot is notified wirelessly and automatically replaces it with an empty one. Yield and quality can be managed through data. The prototype can pick one tomato every 20 seconds or so, but Panasonic seeks to slash this to six seconds with improved sensors.

Panasonic has been applying its sensors and other technologies in the agricultural sector. It is making the jump to robotic farming at a time when Japanese farmers face a graying and shrinking workforce. The company is also considering using the machines at its own plant factories.