Romance is just a tap away 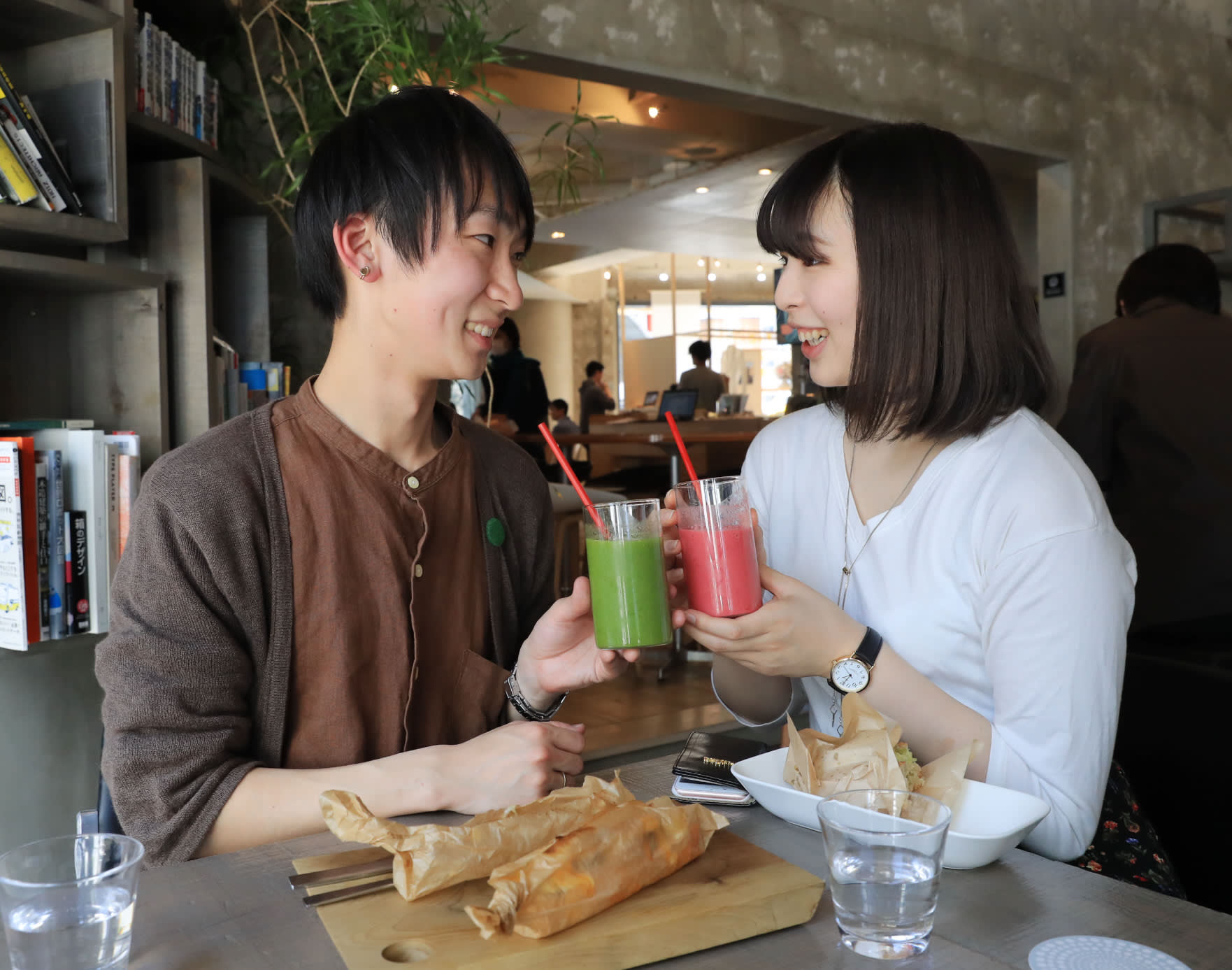 TOKYO -- The love of your life may be just around the corner, and (yet another) dating app promises to lead you there.

Cross Me, an app from Playmotion, a Tokyo-based subsidiary of internet advertising company CyberAgent, uses a Global Positioning System to alert registered users when they come within range of a casual date or lifelong mate. When a potential 'significant other' is close, a photo with a screen name and other information appears, showing the person's approximate location. If mutually interested, the two can start chatting then take it from there.

About 140,000 people have signed up for the app, another of the so called "love tech" genre, which takes a high-tech approach to reducing the army of lonely hearts, especially among young singles in Japan.

Chance meetings not so chancy

Apps such as Cross Me do not just lower the odds of finding one's true love. Rather, the technology behind these apps all but ensures a "fateful meeting" of the type shown in last year's animated Japanese blockbuster, "Kimi no Na wa (Your Name)." 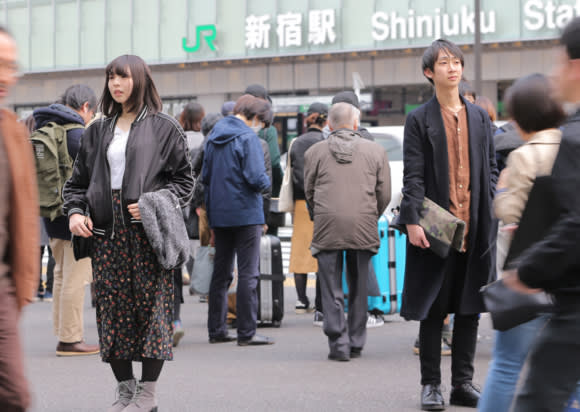 Take 23-year-old Ryosuke Koizumi of Fujisawa, a city just southwest of Tokyo. While on his way to a hair salon last fall, he checked his app and found 19-year-old Kaori Koide was nearby, a habitual love tech user who was on her way to a concert and who fit Koizumi's preferences. After signaling his interest, Koide responded and a new love blossomed.

They started exchanging messages the same day and were soon dating every week. In May, the couple will start living together. "I am very impressed that a series of unexpected events, like being in [the same location] at about the same time, lead to our meeting," said Koizumi.

The app tracks the type of people users connect with, showing patterns of interactions with certain types. "If [the app] says three to four encounters, it is a sign that they share the same types of activities," said Playmotion President Shigekazu Hiramatsu. "This means that they are likely to enjoy talking about things they have in common."

Traditional matching services -- whether bricks-and-mortar or online -- require users to input what they desire in a partner, including height, annual income, hobbies and other traits. Then the hunt begins for a mate who fits the bill. Many people, however, complain that there are too many incompatibilities upon meeting in person.

Love tech attempts to solve this by using a wider range of data to acquire a more complete understanding of users, and therefore greater opportunities for romance.

Take the case of Yuri, a 30-year-old midwife working at a Tokyo hospital. She had been using Pairs, a matchmaking app, and was not particularly attracted to the profile of a man recommended by the app. But the compatibility level indicated a remarkably high 92%. As a comparison, only about one pair out of 30 are rated 90% and over.

Based on this, Yuri gave it a go. Her wedding will be in May to Atsushi Nitasaka, the man recommended by Pairs and whom she had initially thought wasn't her type.

"At first I thought [my partner] had a different personality than me." But when she met him, she found that she was "on the same wavelength as him."

Similarly, Nitasaka said he was fond of tall women who love to drink. "But a person who really suits me is different [from those attributes]," he said.

The app analyzes self-introductions, profiles, hobbies and preferences. It then compares this information against the company's big data, including common characteristics of successful relationships, after which it makes recommendations. For example, the app may recommend a man who likes meditation to a career woman, assuming that a woman keen on working must want to improve the quality of her life.

Pairs, which launched in 2012, is regarded as the pioneer in matchmaking apps. Its membership has soared to 5 million over the last two and a half years.

According to a survey by Tokyo-based research company MMD Labo targeting single men and women, 2,764 respondents said they know about matchmaking apps. Of these, 41% said they want to use or have already used such apps. Respondents who have met a person through an app totaled 263, of whom 24% said they are currently dating that person.

A 34-year-old woman in Chiba Prefecture, southeast of Tokyo, said she met her husband through a matchmaking app in 2015. Prior to meeting him, she would go to matchmaking parties about once a week. "My husband is a researcher, whom I never would have been able to meet at a matchmaking party," the woman said. "The computer introduced me," she added with a smile.

Some matchmaking apps cater to the lesbian, gay, bisexual and transgender (LGBT) crowd. Tokyo-based Groups offers Smatch-R, a rare smartphone app designed for this community. Some 1,600 people currently use the service.

Groups President Toru Maekawa said LGBTs he met in Shinjuku 2-chome, Tokyo's gay district, told him about their problems meeting new people. The president feels that there is a huge demand for LGBT matchmaking services. "Many people still cannot come out [as LGBT]," he remarked.

Japan's LGBT population is estimated to be about 10 million.

Too much of a good thing

Matchmaking consultant Tamako Sawaguchi, the author of "Hajimete no 'Netto Konkatsu'" (Beginning of Net-based Marriage-hunting), met 104 men via smartphone apps, eventually marrying one of them. She now holds more than 100 seminars a year, during which she extols the benefits of love tech.

At the same time, she is alarmed that these apps may encourage people to date more and break up even more easily. The apps may also discourage marriage, since users could try to keep improving on their current partner, she mentioned.

As with most everything in life, perhaps too much of a good thing can be bad, even love.