BlackRock, hungry for growth outside its home market of the U.S., is devolving more responsibility to leaders in the Asia-Pacific region and elsewhere.   © Reuters
ALEX FANG, Nikkei staff writerApril 3, 2019 07:05 JST | North America
CopyCopied

Geraldine Buckingham, who in February became chair and head of BlackRock Asia Pacific, now takes "primary responsibility" for the institutional client business there, according to a memo seen by the Nikkei Asian Review.

"Two years ago, we shifted responsibility for retail client businesses to regional leaders, pushing decision-making closer to clients and deepening those relationships," the memo said.

The change forms part of a broad reorganization at BlackRock -- seen as its biggest in years -- which seeks to cement global client ties by empowering regional leaders as the company looks for growth beyond American shores.

Chairman and CEO Larry Fink has identified Asia as key to BlackRock's strategy for overseas expansion, especially with the Chinese government loosening restrictions on foreign investment managers' access to its market. 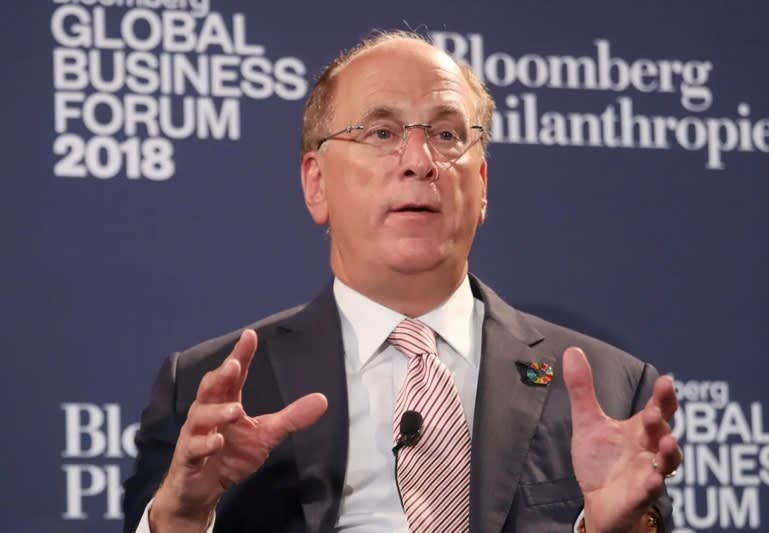 "One of the most critical priorities for BlackRock today and into the future is increasing our presence and penetration in high-growth markets around the world, particularly in Asia and especially China," Fink said in a 2018 letter to shareholders.

"Our current presence in China has historically been restricted," he wrote. "However, recent developments -- especially in the regulatory environment -- present significant opportunities for future growth."

In late 2017, the Chinese government announced that foreign companies could own up to 51% of a domestic fund manager, with the option of full ownership after three years.

BlackRock announced that December that it had obtained its private fund management registration in China, allowing it to provide services to qualified onshore institutions and high-net-worth individuals there. It launched its first onshore equity fund in China last year.

The company in November tapped Buckingham, a key architect of its China strategy, to lead its Asia-Pacific operations.

"Consistent with our approach around the world, we aim to have a truly local presence in Asia so we can respond to the unique needs, objectives, and cultures of our clients in each market," Fink said in a Nov. 26 statement announcing Buckingham's appointment.

BlackRock had $428.9 billion in assets under management for the Asia-Pacific client region as of Dec. 31 -- only 7.2% of its portfolio globally.

Buckingham, an Australian, was a Rhodes scholar who studied at Oxford University and was a partner at McKinsey & Co. before joining BlackRock in 2014. She "will now drive forward our growth in the region and help us realize our longer-term ambitions of doing more for our clients that live in or want to invest in the region," Fink said in the November statement.

On China's newly opened-up investment management scene, BlackRock will also have to compete with the likes of Bridgewater Associates, which launched its first China onshore fund in October.