Meeting demand for both goods and services key to expansion 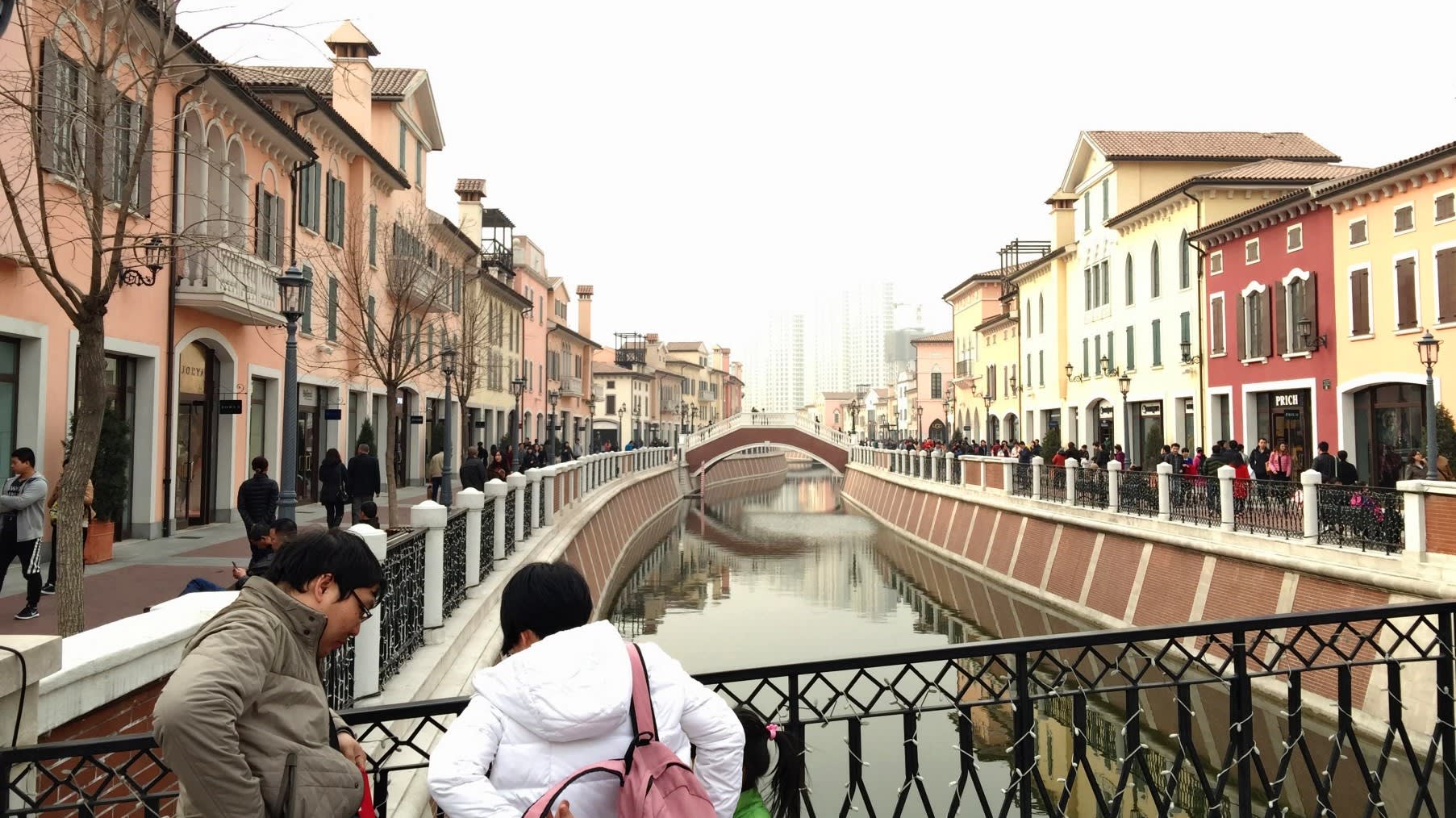 The Florentia Village in Tianjin is designed to look like a small Italian town.

Many of the staff selling luxury brands at China's big department stores have found themeselves with not much to do recently, as spending on consumer goods has waned. Bucking the trend, however, the Florentia Village outlet mall in Tianjin has seen long lines of shoppers outside its Burberry, Chanel and other brand stores.

The Chinese outlet industry is booming, with dozens of new malls opening since 2015, when 30 outlet malls were opened across the country, followed by an additional 40 last year. This year will see a further 37 and the market is expected to reach 84 billion yuan ($12.2 billion) in 2018.

The top 17 malls, which make up less than 10% of all outlet malls in China, earn half of the market's total sales. The top three malls in terms of sales in 2015 were Bailian Outlet Plaza in Qingpu, Shanghai, Citygate Outlets in Hong Kong and Yansha Outlets in Beijing, annual sales at all of which exceed 4 billion yuan.

The three complexes are all over 10 years old, leading to a belief that it takes a certain amount of time to foster a market for a new mall. Set up in 2011, Florentia Village seems to have disproved the notion -- racking up more than 3 billion yuan in annual sales in 2015 and climbing to fourth place in the sales ranking in just four years.

The growing popularity of outlet malls is not just down to the availability of top brands at low prices, but also to the way operators have sought to respond to shifts in consumers spending.

As more and more disposable income goes toward services rather than goods, operators have reacted to customer needs. Many complexes house cinemas and wide varieties of restaurants -- even amusement parks in some cases. Increasingly growing numbers are also teaming up with travel agencies to offer package tours combining visits to nearby attractions with a day's shopping.

Lined with cobbled pathways and with canal running under arched bridges, Florentia Village is designed to mimic an Italian town. The company behind the complex invited a specialist design team to ensure the reproduction was as authentic as possible -- even going so far as to import construction materials from Italy.

So far, outlet malls have, for the most part, sprung up in Beijing, Shanghai and other big coastal cities. Going forward, the market is set to expand inland. Of the 37 malls which will be opened this year, a number will be in provincial cities. Five will be open in Changchun and four in Wuhan.

Cities such as Jinzhong in Shanxi Province, Yan'an in Shaanxi Province and Zhuzhou and Hengyang in Hunan Province will also have new outlet malls. Yinchuan will soon have the first outlet mall in the Ningxia Hui Autonomous Region.

With the outlet mall sector burgeoning and meeting demand for goods and services simultaneously, the fierce competition for Chinese consumer spending looks set to continue for some time.