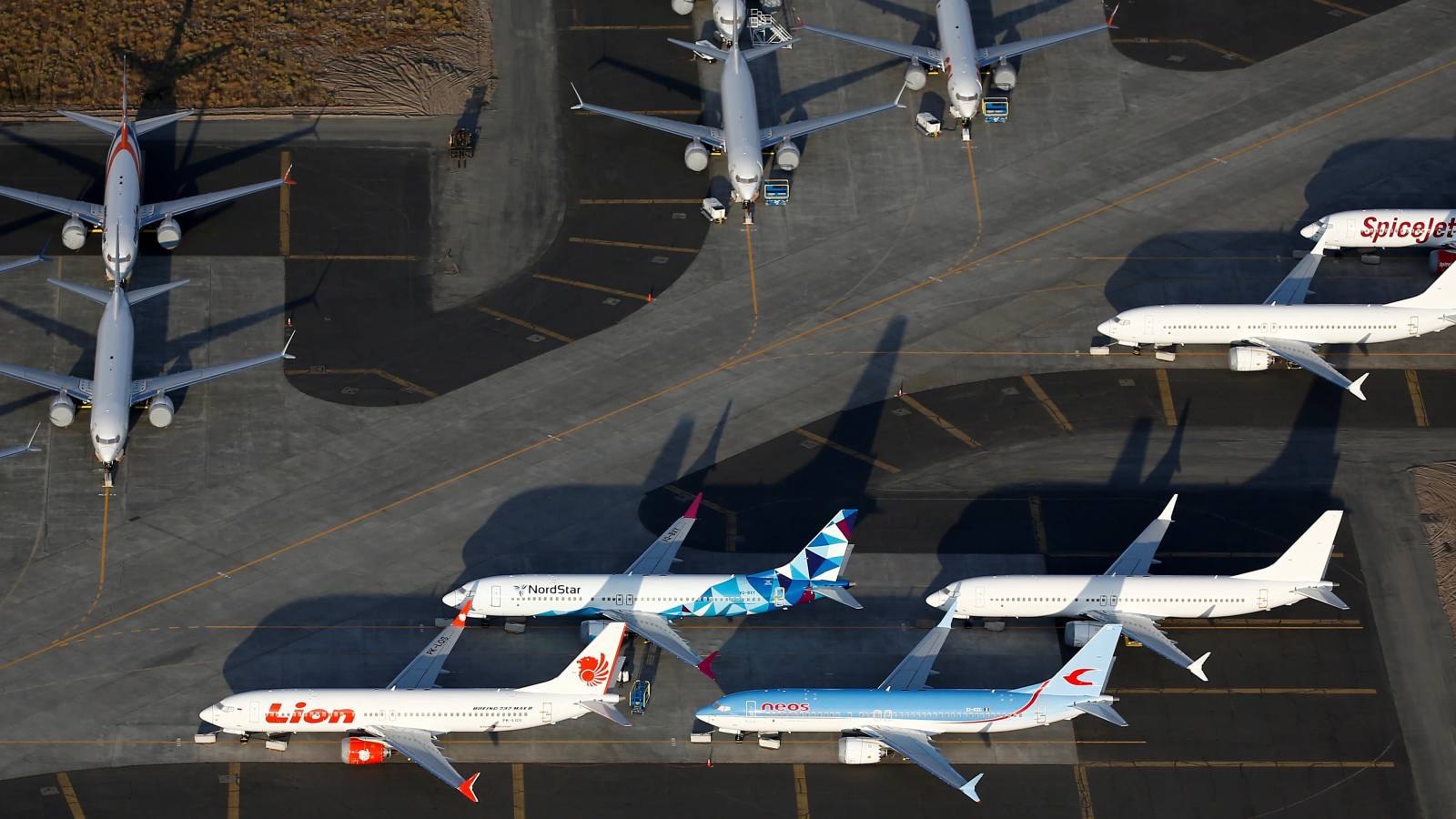 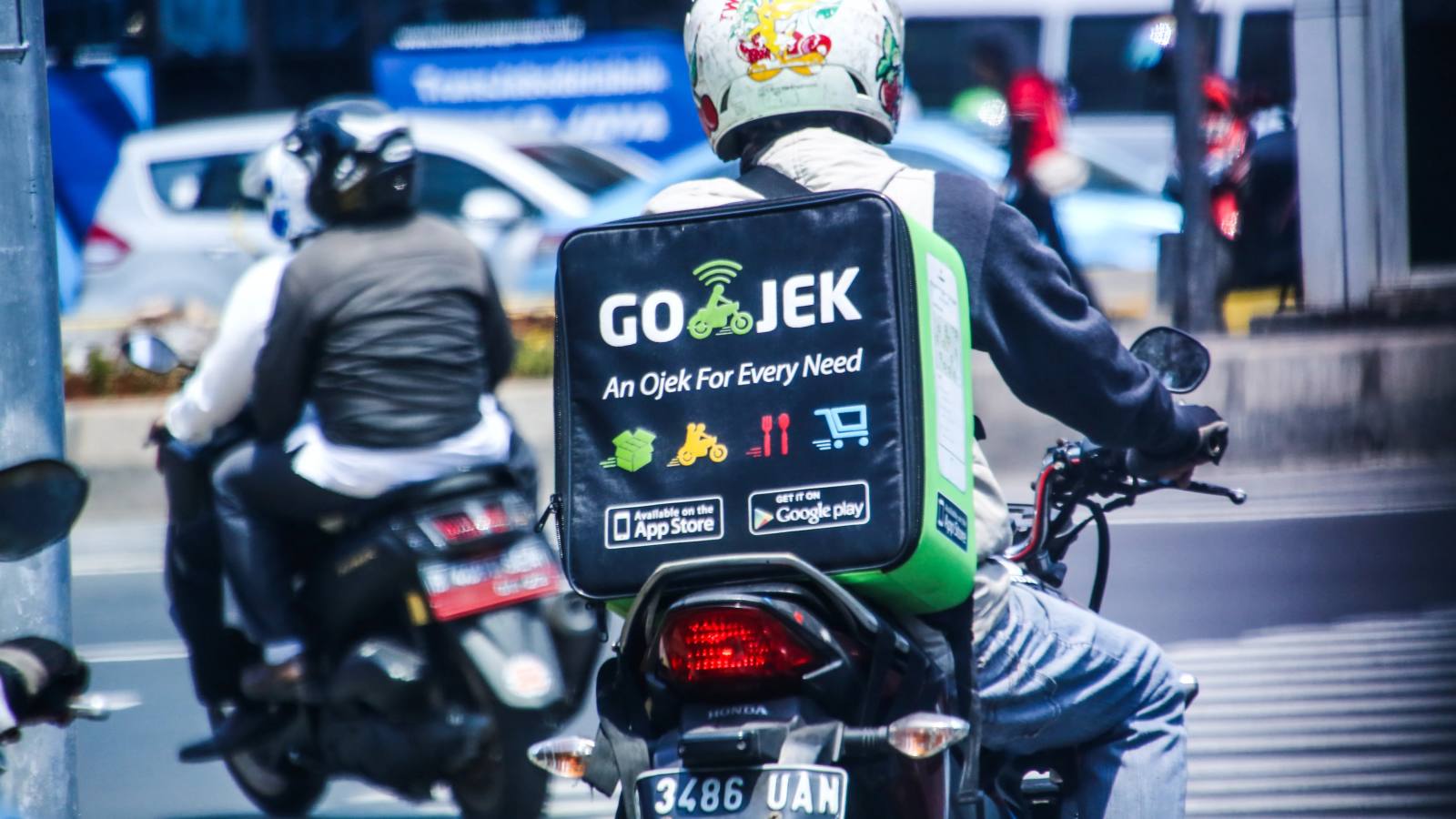 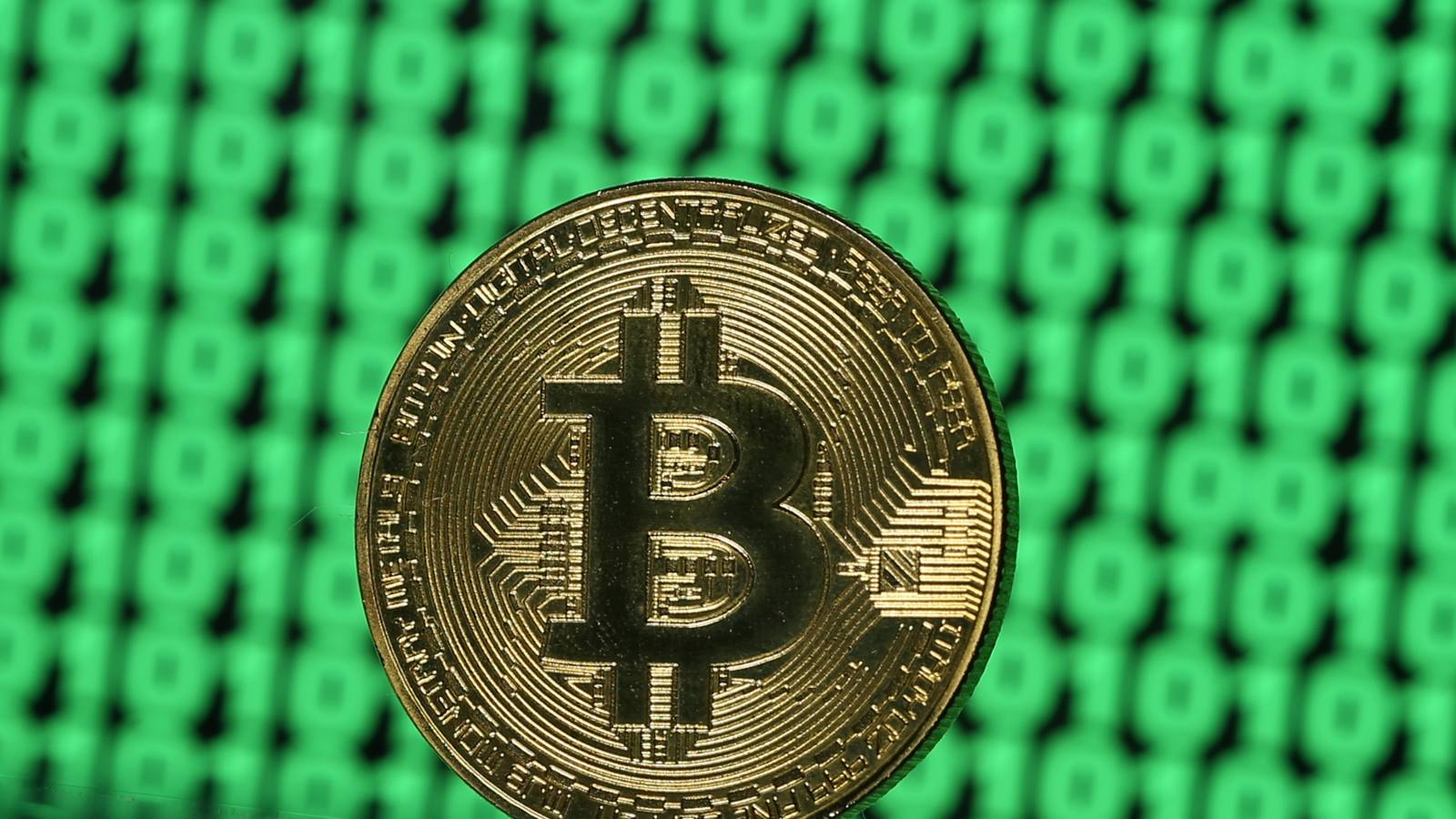 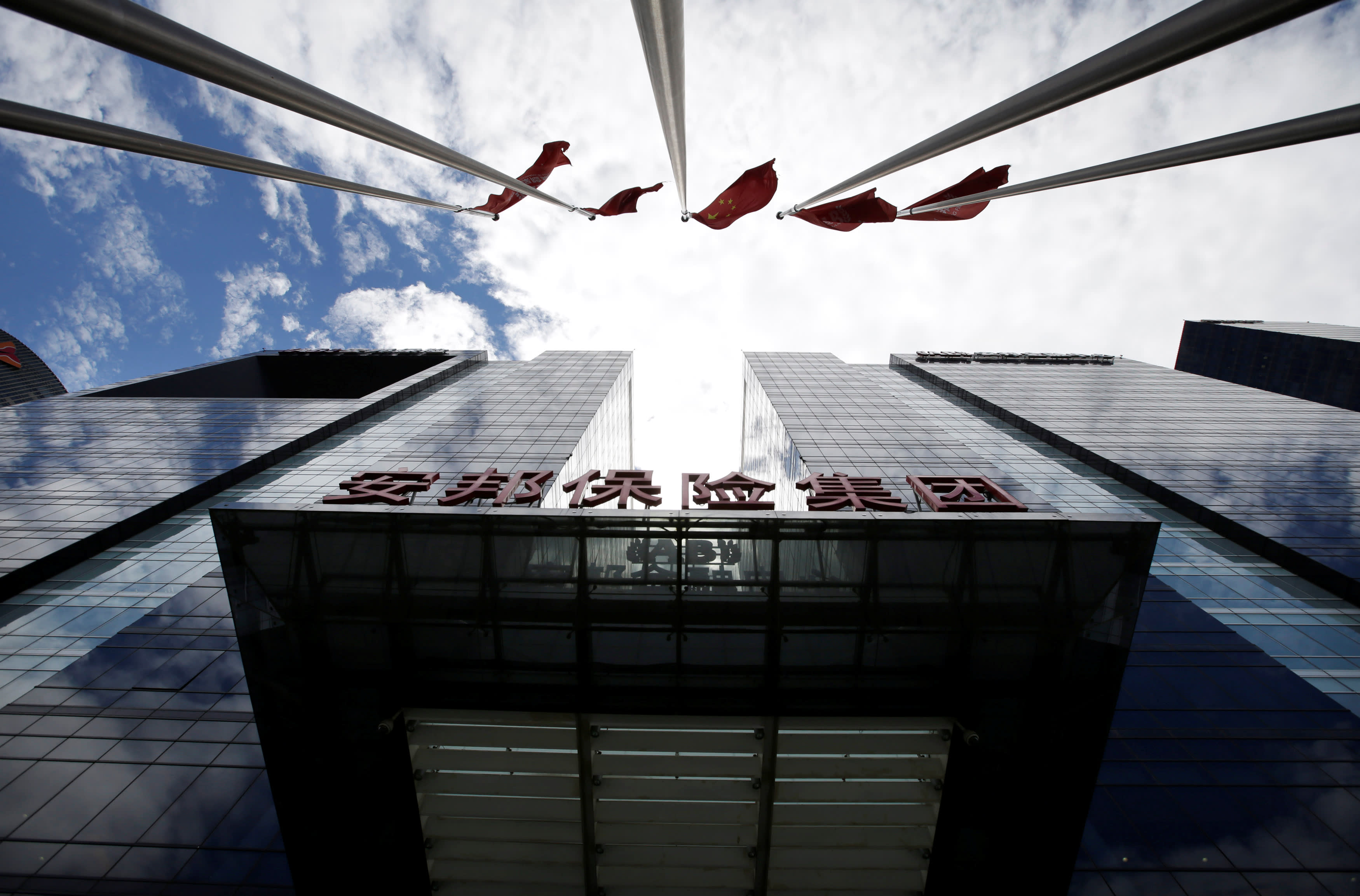 Wu Xiaohui, the now disgraced founder of Anbang Insurance, was in New York about a year ago on a nerve-racking mission to raise money.

His attempts to follow other Chinese financial conglomerates in selling equity offshore, had not been successful. Now he was pursuing plan B, as he sought an investment grade rating from Standard & Poor's, which would allow him to raise debt cheaply offshore.

But the rating agency informed him that only a junk bond rating was possible. They cited the same lack of transparency about his shareholders that had discouraged investment bankers from supporting Wu's efforts to take Anbang public outside China, and led regulators in the U.S. to block an attempted deal -- the purchase of American insurer Fidelity and Guarantee Life.

Today, S&P is the least of Wu's problems. He is officially detained in China, while Anbang is under the direct control of the Chinese Insurance Regulatory Commission and investigators are probing Wu and the company.

Anbang is not alone among Chinese companies in having become an object of official criticism in Beijing over the past few months over debt-financed acquisition sprees. Amid a general surge in concern about financial stability, three other companies, which are now also under pressure to sell assets and clear borrowings, stand out: Dalian Wanda Group, the real estate developer that turned into an entertainment group, HNA Group, the airlines-to-finance conglomerate, and Fosun International, which has interests ranging from pharmaceuticals to the Club Med holidays business.

"These four are egregious companies," says one senior financial regulator in Beijing. Another senior official said, "They grew much too fast and have no management." Another financial official with political connections in Beijing said, "The government is taking measures to make sure these companies do not bring on a financial crisis and to stop their doing crazy things. They will ensure that they deleverage in an orderly way."

However, none of these companies or their executives have suffered the same fate as Anbang and Wu because they have a crucial financial lifeline. Their bigger creditors include some of China's largest banks, which can normally rely on state support, even in tough economic circumstances. These bankers can tell the authorities that they cannot easily cut their borrowers loose without taking risks with their own balance sheets.

Chinese private companies are an illusion

Unfortunately for him, Wu has no such friends. He borrowed heavily from households by selling wealth management products via the shadow banking system, which does not enjoy anything like the same official backing. Indeed, many in Beijing have long seen the shadow lenders as a source of potential shocks.

The key Chinese Party Congress of last October emphasized financial stability. Happily, in recent months the macro-economic conditions that gave rise to concerns earlier in late 2016 and early 2017 about volatility have abated. The renminbi appears stable, capital outflows have slowed dramatically and the speed of growth of corporate debt has slowed.

Will Beijing now wind down its earlier initiatives to force the most heavily-leveraged companies to reduce their debt load? Or will the campaign be pursued further and possibly widened to other targets? Billions of dollars of potential international transactions are at stake.

Certainly, there is no sign of any relief for Anbang. One senior Anbang executive says he does not expect Wu to ever be released from detention. Anbang staff say Chinese officials now refer to Wu as a criminal in conversations, although he has not publicly been charged with any offence.

Wu has not communicated with his staff or associates since last spring, several of them say. The investigation includes a close look at where his capital came from and how it moved between his personal empire and the insurance group, these people add. Anbang declined to comment for this article.

Chinese direct investment in North America last year fell 35 percent following the clampdown on Anbang and others, according to a report from Law firm Baker &McKenzie and The Rhodium Group, a consultancy.

In retrospect, it appears that Beijing started to grow sensitive to the potential risks posed by the highly-leveraged international expansion of some large companies when Dalian Wanda, purchased AMC Entertainment in 2012 for $2.6 billion (and later Legendary Entertainment in early 2016 for $3.5 billion).

So even as foreign M&A bankers and lawyers were acclaiming a growing flow of new international buyers and urging corporate sellers of interesting assets from airports to shopping malls to make China the first port of call, savvier investors in China were quietly shaking their heads. The head of one Chinese private equity firm was invited into the 2016 Legendary deal. "I turned down the invitation," he says. "The price was way too high." Tencent and partners -- JD.com, Suning Commerce Group, and Sunac China Holdings -- will collectively buy out the 14% equity interest purchased by investors when Wanda Commercial Properties was delisted from the Hong Kong stock exchange in 2016.

Meanwhile HNA announced last week that it had hired bankers to sell its 29.5% stake in Spain's NH Hotel Group, valued at 632 million euros ($744 million). Many observers wonder whether other prime assets might be next, including its holding in the Hilton hotels group and a 10 percent stake in Deutsche Bank. Earlier in January, HNA applied to the Shanghai stock exchange to halt trading of HNA Infrastructure, the seventh HNA group company to be suspended on Jan. 30. Bloomberg reported that HNA had warned creditors it faced a $2.4 billion potential liquidity shortfall in the first quarter of 2018.

Fosun has said that it has sold assets and reduced its leverage to address regulators' and investors' concerns. In the first half of last year its debt to equity ratio dropped from over 60 percent to 47.4 percent.

Dalian Wanda and HNA declined to comment for this article. In remarks on the company website this month, Dalian Wanda founder and chairman Wang Jianlin said the group would further cut debt "through all available means," including the sale of non-core assets. He added that it would require "two to three years to bring down debt to an absolutely safe level" and the company would "avoid any credit default globally."

Fosun said it was seeing growth and expansion and was "on the right track of stable and healthy development globally."

At Anbang, insurance regulators are now trying to find what to do about both the core insurance business and the overseas assets. At a meeting the third week in January in Beijing senior officials at Anbang gathered to discuss the fate of the insurer with regulators. Options being considered included putting Anbang under Huijin, the holding company for the state's stakes in other financial institutions as well as having healthier insurers such as China Life take it over.

One Anbang staffer says he told the officials that, if the group's Waldorf Astoria hotel, for example, were put up for auction, they would unlikely to get more than half the $1.95 billion Wu paid three years ago. "It would be perceived as a fire sale," he adds. "We would look as foolish as the Japanese". He was referring to the 1980s and 1990s when Japanese groups paid record prices for acquisitions such as the Pebble Beach golf course in California and New York's Rockefeller Center.

Today, to be sure, deals are still being struck -- even by some of these players -- but they are more in line with Beijing's policy goals. If a deal is overpriced luxury real estate abroad, it is unlikely to get the nod. But if it is logistics, which is often linked to real estate, and located in a country covered by China's Belt and Road Initiative (BRI), it will likely be approved.

For example, China Investment Corp 's purchase of Blackstone's European logistics business for 12.25 billion euros went ahead last year. Similarly, GLP, a Singaporean real estate company focused on logistics, had no problem raising money from Chinese banks when it de-listed in Singapore and went private last year. It describes its strategy as in line with the BRI.

Still, there are likely to be more casualties, even as deleveraging becomes the rallying cry of the day; especially if the People's Bank of China continues to raise rates.

Beijing's efforts to curb leverage are now getting help from outside. Led by the U.S., there is an increasing backlash against Chinese buyers. In November, Republicans introduced bills in Congress that would give the Committee on Foreign Investment in the United States (Cfius), the U.S. Treasury-led committee which screens foreign purchasers of U.S. assets, added powers to scrutinize Chinese deals. In early January the proposed $1.2 billion acquisition of MoneyGram by Ant Financial Service Group, an affiliate of China's Alibaba Group Holding, was cancelled after the transaction failed to obtain Cfius approval.

The premium that sellers have always demanded from Chinese buyers given the uncertainty involved in getting approvals from Beijing will likely go even higher- and will now be boosted by the uncertainty coming from outside the mainland as well as from within.