US sanctions and market leadership require deeper embrace of creativity 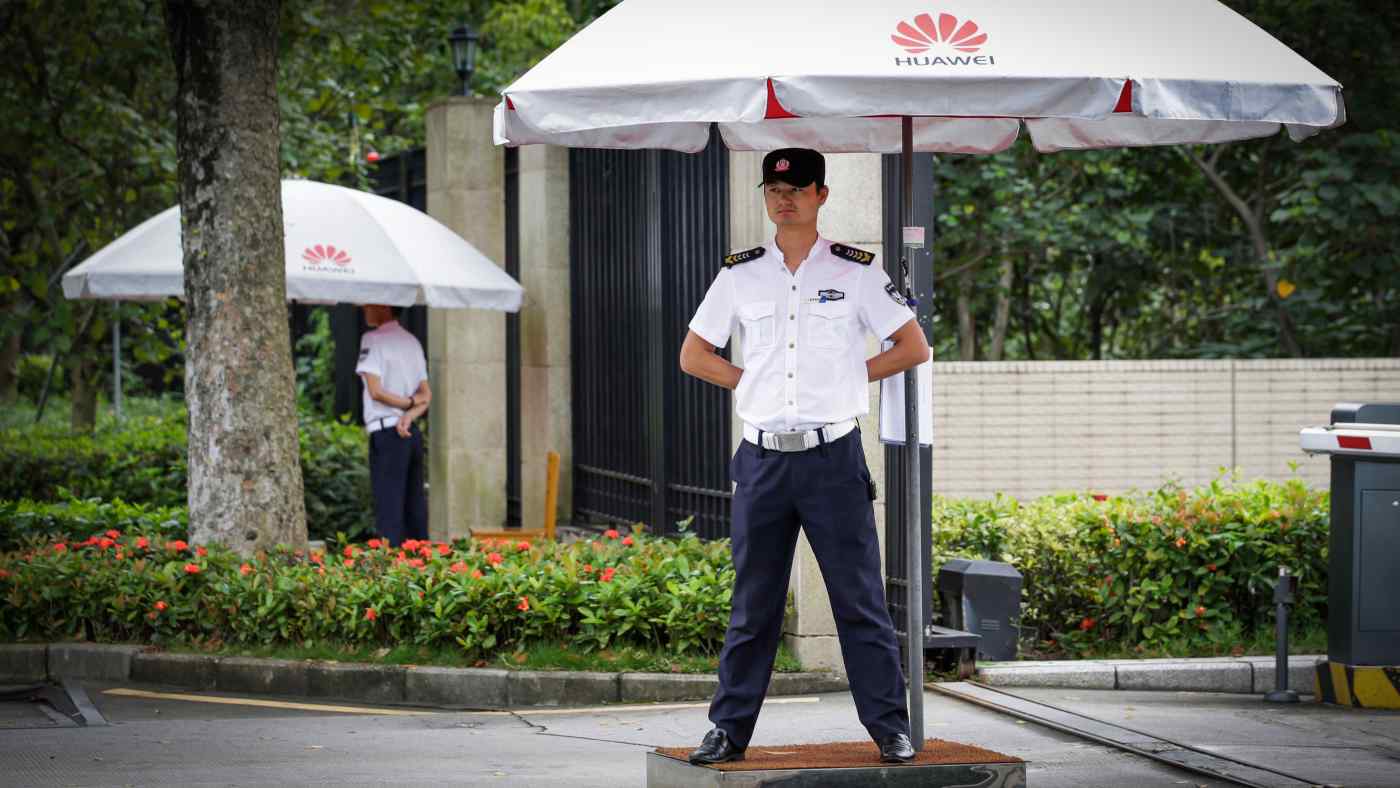 Huawei Technologies rose to dominance through its unique culture and powerful human resources strategy. Both have helped make the company a highly effective follower of technologies developed elsewhere, and a fierce global competitor.

But now, as the market leader in telecommunications equipment and a top player in smartphones in its own right, Huawei needs to lead the pack rather than be its follower. At the same time, Washington has limited the company's access to U.S. technology. These dual challenges raise a crucial question: How quickly can Huawei's unique if somewhat militaristic work culture evolve into one that puts more emphasis on creativity and innovation?

Over three decades, Huawei has grown by amassing economies of scale that have made it both the lowest-cost producer and the biggest spender on research and development.

This steady advance has resulted in Huawei catching, surpassing and now dwarfing telecommunications equipment competitors such as Ericsson, Nokia and ZTE. Along the way, numerous other players such as Nortel, Alcatel and Lucent have simply disappeared. Huawei, for example, overtook the previous market leader Ericsson in revenue in 2012. By 2018, it sold nearly five times as much as its Swedish rival.

This massive scale advantage now enables Huawei to outspend its competitors in R&D, deploying as much as $15 billion a year. Along the way, the company has also risen to become one of the top three global players in smartphones, with year-on-year sales growth of 28% and a stunning 42% share of the Chinese market.

But the engine of the Huawei juggernaut has been its human resources strategy, rather than technology.

Since its early days, founder Ren Zhengfei has said the company's real resource is its people. Its growth from a struggling producer of private telephone switchboards in 1987, to a maker of landline network systems, and then a developer of mobile equipment for 3G, 4G and now 5G networks, has been powered by a human resources strategy that mobilizes and motivates its people. It is an approach that has continually recreated the enterprise as technology has advanced.

A key component of this HR strategy is a regimented assessment process that identifies the individuals and teams that contribute the most to serving customers and thereby to the company itself. Indeed, the defining characteristic of Huawei's work culture is dedication, a word also used as the title of a book about the company's HR approach by a Chinese professor. Today, the company's 190,000-person workforce is organized into aggressive and highly effective sales battalions and R&D teams, mostly led by engineers-turned-managers.

Another key component of Huawei's HR strategy is an employee share ownership program which makes its key contributors also effective owners of the company. This distribution of returns to those who create value means Huawei's most valuable staff are prioritized over senior managers, shareholders and even many veteran employees.

Huawei is thus both a meritocracy and a partnership of owners. A similar approach is in place at other companies, such as private equity group 3G Capital. But Huawei has implemented it on a bigger scale than anywhere else.

However, the same human resources strategy that powered Huawei's rise no longer suffices. It was effective when the company was catching up with leading technologies, and when its goal was to manufacture and sell products more efficiently and aggressively than its competitors.

But Huawei's HR strategy now faces the challenge of the company becoming a technology pioneer - rather than a follower. The situation is made more urgent by U.S. sanctions that have constricted its purchase of essential technologies. To deal with this, Huawei's work culture need to evolve from the militarized campaigns pursued over the past 20 years into something more creative and innovative.

U.S. sanctions have forced Huawei to quickly restructure its supply chain and to make plans for accessing leading technologies in the future. Short-term issues have centered on stanching sudden supply gaps, particularly for its smartphone operating system and certain mechanical parts. But longer term, the situation raises the question of how the company will continue to lead if it cannot access rapidly advancing technological components such as semiconductors.

Huawei's answer has been to accelerate its drive to become a technology leader. It is aggressively working to develop its own operating system for smart devices, and to create a new developer ecosystem for apps. It is moving fast to develop its own semiconductors, via its dedicated chip unit HiSilicon. It is already deploying 5G network base stations globally without U.S. semiconductors.

Importantly, the company also appears to be creating a new tier of employees operating under a different HR system and culture.

Shortly after Washington added Huawei and 70 of its affiliates to a list of companies restricted from buying U.S. technology last May, Huawei made an announcement about planning to hire some 30 "geniuses" by the end of the year. It said it would pay annual salaries of up to $290,000 for young graduates with advanced degrees in fields such as robotics and artificial intelligence. Huawei later said it aimed to hire 200 to 300 such geniuses in 2020, and perhaps as many as 1,000.

Ultimately, the U.S. sanctions will end up being Trump's gift to Huawei.

The greatest threat to Huawei's hard-driving culture has not been Ericsson or Nokia. It was the sense of comfort that success can create. U.S. sanctions have since reinvigorated its culture of dedication, putting the company back into "battle mode." In November, Huawei announced it would double October's monthly pay as a bonus to thank staff for their dedication.

Long term, I believe the U.S. sanctions will force Huawei's HR strategy and culture to change in ways that incentivize creativity and groundbreaking R&D. While the company may not yet have fully figured how, it is already making changes. As Liang Hua, one of the company's rotating chairmen, said at the company's first financial results press conference after the imposition of U.S. sanctions, business strategy ultimately follows from HR strategy.

Jeffrey Towson is host of the online course "Jeff's Asia Tech Class" about China's tech leaders and a former professor of investment at Peking University.