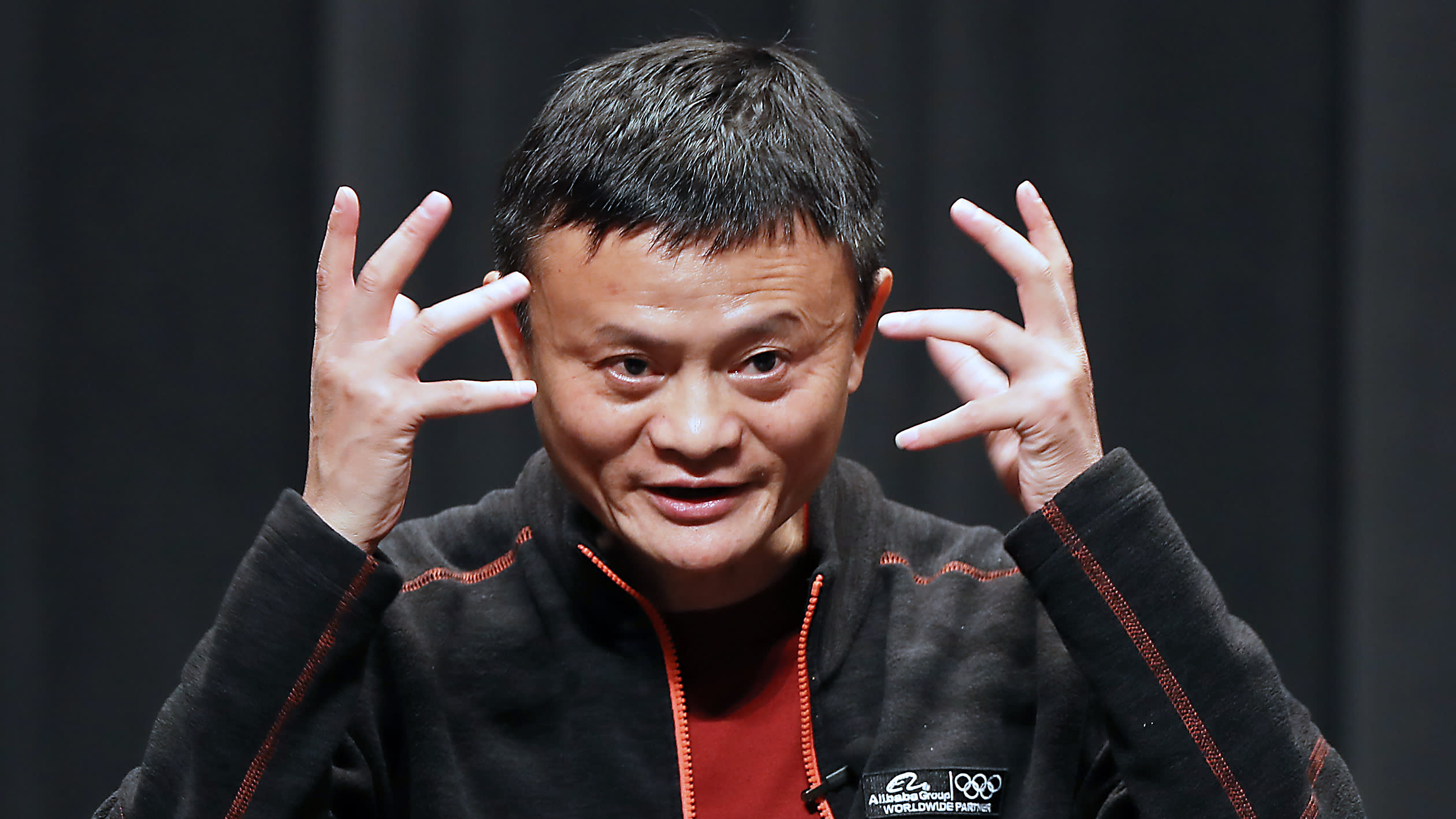 It was typical of Jack Ma that the news of his decision to step back from the management of Alibaba was handled in an untidy way; disclosed in an interview that was first denied and then confirmed by the company.

Eventually, Alibaba released a letter in which Ma explained in moving terms the background to his decision to step down in a year's time as executive chairman of Alibaba, and his hopes for the company's future under his successor, Daniel Zhang, who is currently CEO.

Meanwhile, Alibaba sent photos of Zhang to journalists to illustrate what a free spirit he is -- although recipients were told that the photographs and the accompanying message were for background use only. The episode was characteristic of Ma, an impulsive leader who has never been in the hands of his corporate minders, and makes a point of doing things in his own unpredictable way.

Ma's plan to distance himself from Alibaba -- he will remain on the company's board until 2020 -- was big news in Hong Kong and China, reflecting his achievement in founding and building the retail, financial services, media, entertainment and cloud computing group, which has become China's most valuable company in just 19 years.

Still, there was nothing preordained about Alibaba's ascendancy. Ma lacks the expertise in technology and artificial intelligence expertise of Robin Li, the founder of Baidu, and the deep understanding of products wielded by Pony Ma, CEO of Tencent. And by the standards of the technology world, he was already approaching his sunset years when he started Alibaba in his mid-thirties. Alibaba CEO Daniel Zhang counts down to the start of Singles' Day in the company's headquarters in Hangzhou. (Courtesy of Alibaba)

At the time, Alibaba was one of many competitors fighting for pre-eminence in the technology sector. Some, such as Global Sources, were far better known. But Ma -- a former English language teacher -- is the only true visionary China has produced in the technology sector. Driven, intense and aggressive, he is far more charismatic than the founders of other technology companies, with an ability to charm almost everyone he meets -- including top bankers at Goldman Sachs, who were early backers of the young Alibaba.

Bankers and regulators say he has shown greater insight into emerging business opportunities than any of his rivals. Blessed with an almost unbelievably good memory, he never hesitates to act once he has identified the way forward, and pursues his objectives with more force than any rivals.

Yet Ma is also more flawed than his counterparts, in ways that have sometimes created risks to Alibaba's progress. For Ma, competition is intensely personal. People who have dealt with him say he has often behaved in undiplomatic and provocative ways, and his  relationship with the communist government is uneasy.

On the positive side, he hosts international leaders when they visit Alibaba's head office in Hangzhou, and shows up at government events such as the annual Boao Forum in Hainan, a high-level discussion group modeled on the World Economic Forum meetings in Davos, Switzerland. He presents a relentlessly positive image of China abroad, talking of a mission to create jobs for small entrepreneurs around the world and helping them sell to buyers in China and elsewhere.

He has also been willing to act in the government's interests at times -- notably in his 2016 purchase of the South China Morning Post from Robert Kuok, a Malaysian-born tycoon, in a deal designed to ensure that the leading English language newspaper in Hong Kong was friendly to Beijing. Other bidders were firmly discouraged.

Both Ma and his right-hand man, Alibaba vice chairman Joe Tsai, said at the time that the world needed an international newspaper that understood China and could explain it beyond the mainland. Fears that the SCMP would become a mouthpiece for the Chinese Communist Party have not been realized.

Yet Ma's spontaneity has sometimes risked incurring the wrath of the government in Beijing. For example, members of the Chinese Entrepreneurs Association recall an evening outing on West Lake in Hangzhou, which is Ma's hometown as well as the head office of Alibaba and its Ant Financial unit. Ma, they say, boasted that he had ties with Chinese President Xi Jinping, built when Xi was based in Hangzhou as Communist Party secretary of Zhejiang province.

This is not the only occasion on which Ma is said to have referred, injudiciously, to his high-level contacts. But he is clearly sensitive about the potential fallout in the capital; the stories have been vehemently denied by people close to him.

Ma has also known setbacks and tragedy, including the death of a young son from cancer, which temporarily disrupted both his family life and his ability to run the company. Perhaps that is why he has a broader perspective on business life than some of his counterparts, never losing sight of the reality that business pales into insignificance next to issues of life and death, no matter how much money or market share is involved.

"He holds himself to a high standard," says a mainland investor with close ties to Ma. "He never wanted to micromanage Alibaba. And with him it was never about the money."