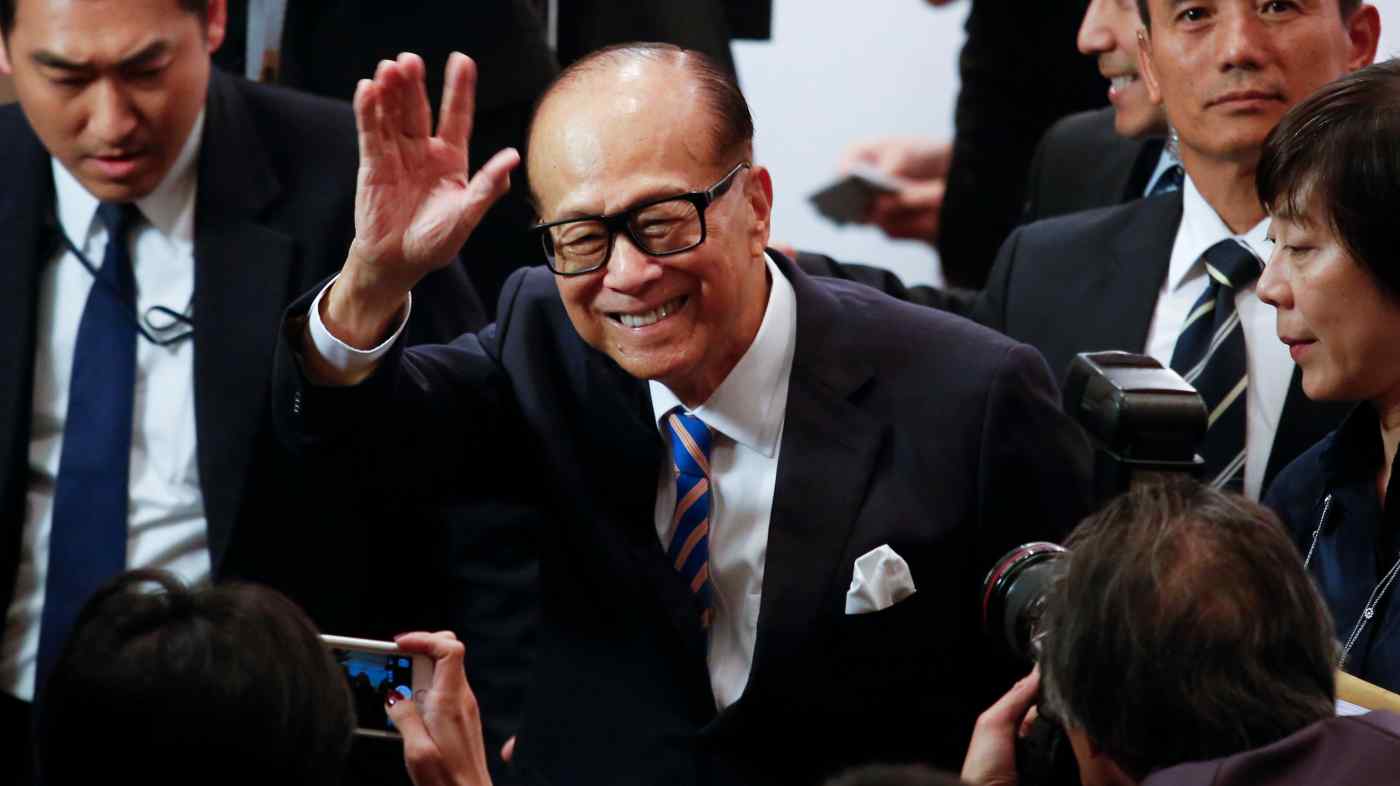 When Henry Tang, a Hong Kong property tycoon was campaigning to become the territory's chief executive in 2012, he famously told young people that they should stop complaining about the unaffordable level of housing prices and instead aspire to emulate local billionaire Li Ka-shing.

In response, a local paper promptly commissioned a survey to see who in fact was most admired by the youth of Hong Kong among their fellow citizens. Li went unmentioned (as, not surprisingly, did Tang, who failed to win election). Instead Hong Kong's youngsters said they wanted to be a Punjabi truck driver who had just won the lottery.

The announcement on March 16 that Li was officially retiring from the helm of his business empire was banner news in this city of 8 million people. But it does not seem that many Hong Kongers will mourn his departure from active commercial life.

The man who once symbolized the entrepreneurial realization of the universal rags-to-riches dream, as he rose from peddling plastic flowers and toys, has become instead a symbol of monopoly power and of a system dedicated to preserving a status quo from which many local people feel excluded.

Li turns 90 this year. His retirement is one more sign of the increasing frailty and mortality of a generation of overseas Chinese who themselves or whose parents came from the villages of Fujian and Guangdong. They built fortunes across the region, whether they settled in Thailand, Malaysia, Indonesia, Singapore or in Hong Kong itself.

Some such as Robert Kuok, the Malaysian commodities trader and founder of the luxury Shangri-La hotel chain, started their professional life either working directly for the Japanese wartime authorities or serving as compradores, supplying the Japanese across South East Asia during the Second World War. Kuok, who was born in 1923, was employed by the Mitsubishi trading company, as he wrote in his memoirs. 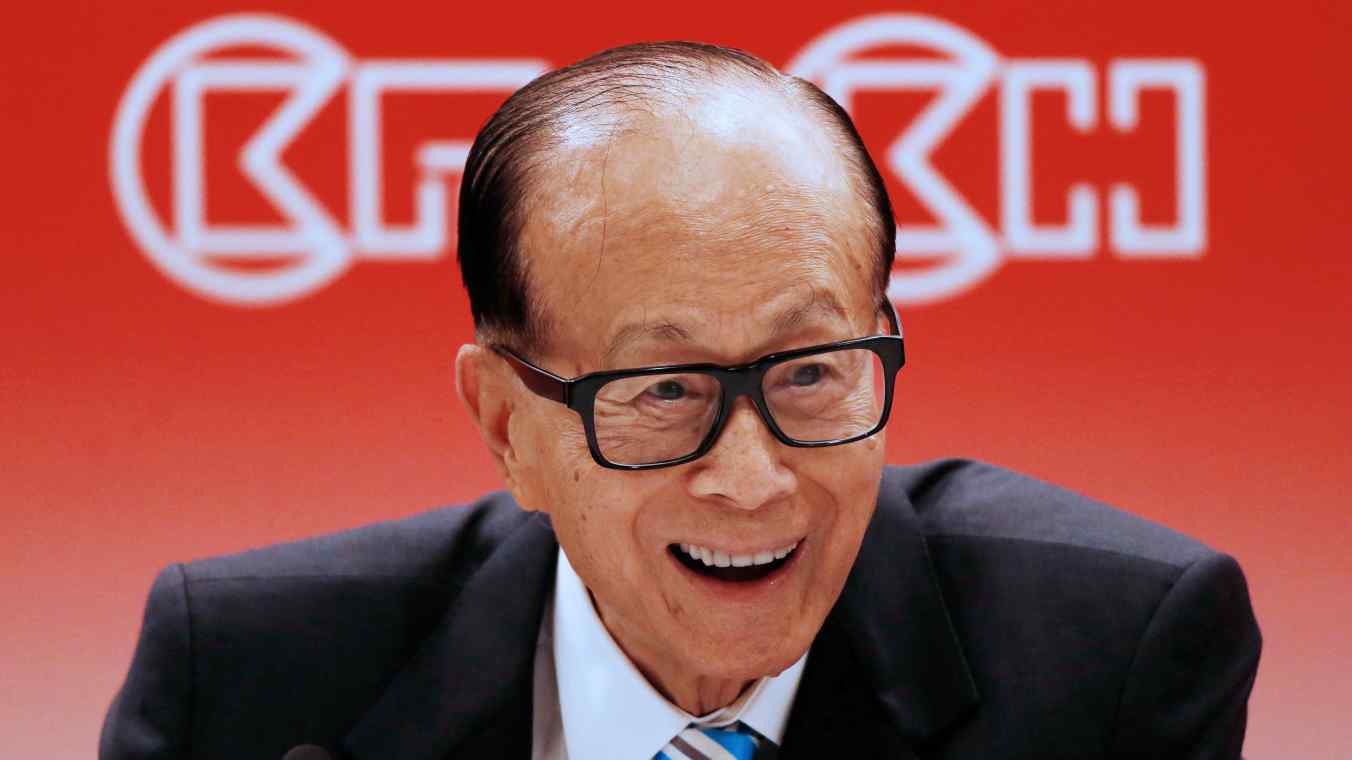 Others of the overseas Chinese business community fled as youngsters from the mainland either in the harsh years of the Chinese civil war or after the Communist victory over the nationalist Kuomintang in 1949, and came to Hong Kong, which was a British colony before its return to China in 1997.

That exodus brought Hong Kong wealth, mainly at the hands of Shanghai refugees who re-established their textile and manufacturing operations in their new home. But the Shanghai business community was soon eclipsed by the flood of migrants from the south of China who invested in property on the back of the industrial economic wealth the Shanghaiese generated. In addition to Li, the group included the Lee family that runs Henderson Land, the Cheng family behind New World Development, and the Kwok family of the Sun Hung Kai group. The two latter have already weathered the transition to a new generation.

What enabled Li to prosper in the beginning was the support of the Hongkong and Shanghai Bank, at the time, along with Standard Chartered, one of the two great colonial banks of the region. The bank, which became HSBC, provided the financing that enabled Li to buy what was then Hutchison Whampoa, a diversified property group (now CK Hutchison, which holds his infrastructure assets), from its British owners, the first Chinese to take over one of the flagship hongs.

Of all the local Hong Kong tycoons, it was always Li who had star quality. In part that was because while many people think of business as a zero-sum game, he always left something on the table for his counterparty, knowing that was the best way to ensure future goodwill.

He was also seen to be a devout Buddhist, who financed a magnificent temple with an enormous bronze statue of the Guanyin in the New Territories of Hong Kong, close to the border with mainland China. Mindful of the political winds, though, he was equally, if not more, generous, donating to worthy causes on the mainland close to his birthplace of Chaozhou. For example, he endowed Shantou University with $8 billion Hong Kong dollars ($1.08 billion) and returned every year for graduation ceremonies.

"I have decided to step down as chairman of the company and retire from the position of executive director at the forthcoming annual general meeting of the company," the man referred to locally as Superman said in regulatory filings for two of his Hong Kong-listed companies, CK Hutchison Holdings and CK Asset Holdings. And with that, Li officially handed over the reins of his corporate empire to Victor, at 53, the elder of his two sons. Meanwhile, his younger son, Richard, will continue to pursue his own business interests.

"According to Mr Li, CK Hutchison shareholders would have reaped 1,500 times returns -- including dividends -- if they had bought the stock for HK$3 a share in 1972 when it went public. Had investors reinvested their dividends into the company's shares, the total returns would have exceeded 5,000 times," the South China Morning Post somewhat breathlessly reported.

In recent years, Li sold some of his mainland and local Hong Kong assets, turning his conglomerate into ever more of a multinational one and was heavily criticized for doing so by the Chinese. Recently Li sold an office building in Hong Kong for a record US$5.15 billion for example, while buying oil pipelines in Canada, a water supply company in the UK and a gas distribution business in Australia.

Those who inherit the business empires from larger-than-life patriarchs sometimes struggle because it is rare for a successor to have a founder's business genius (or luck), and because times change and the monopoly power that their fathers often held is no longer acceptable.

The average size of a prison cell at Stanley Prison which housed prisoners of war during the Japanese occupation of Hong Kong is 80 square feet, larger than the flats of many Hong Kong residents today.

The old Kai Tak airport closed in 1998. Tung Chee-hwa, the-then chief executive of Hong Kong, promised frustrated residents that the site would be transformed into affordable housing. Instead the location was finally put out for auction last year and sold to developers for luxury apartment towers.

Moreover, for the local successors of Li and his kind, the mainland competition is getting tougher and tougher. Most of the bids on Kai Tak land were awarded to mainland investors.

The second and third-generation successors to Li and his contemporaries therefore face a struggle on two fronts -- a resentful population at home and unprecedented rivalry from the outside, from mainland competitors. Perhaps, not for the first time, Li has got his timing right. 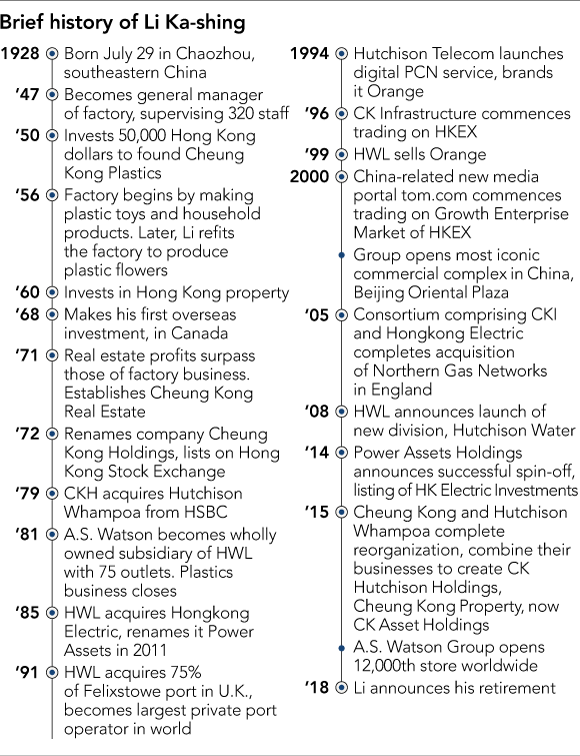