Chinese group's tech-centered diversification will tide it through COVID troubles With the coronavirus pandemic sickening millions and disrupting economic activity worldwide, insurers across the globe have seen policy sales stagnate even as claims rise. Market volatility has meanwhile shaken up their investment portfolios.

Extreme weather events driven by climate change and competitive pressures from digital upstarts already had many insurance companies under pressure. Even with a comparatively resilient economy and a robust stock market recovery, Chinese insurers are feeling the squeeze too, particularly as the country wrestles with its worst summer flooding in decades.

The challenge posed by the insurance offerings of the country's two leading internet platforms, Alibaba and Tencent, is also acute. Incumbents face the additional complication of enhanced competition from foreign rivals allowed full control of local units for the first time this year.

Yet Ping An Insurance Group looks set to navigate through this perfect storm due to founder Peter Ma's foresight in building a diverse ecosystem of businesses around a robust high-tech core, even as the group bears with the additional stress of his giving up the role of chief executive.

For the first half of 2020, group revenues declined 1.4% to 683.28 billion yuan ($99.73 billion) under the impact of COVID-19. Operating profits rose 1.2% to 74.31 billion yuan as rapid growth in online units including wealth management platform Lufax, health care service group Ping An Good Doctor and OneConnect, a service platform for financial institutions, offset declines in property and casualty insurance, among other areas.

Hong Kong-listed Good Doctor saw revenues rise 21% in the first half of the year as traffic to its apps grew tenfold, with consumers seeking online medical consultations and referrals. Ping An Technology, another offshoot, busily signed contracts to provide cloud-based remote working solutions to other financial companies.

This pattern is no coincidence. Ma has long sought to foster the development of an ecosystem of businesses around the company's core insurance operation, powered by potent data analysis and other digital technologies. In this way, Ping An was a pioneer in rethinking insurance as technology.

In the first phase of this effort, Ping An began moving in 2003 to centralize all back-office operations and harmonize previously segregated information systems. Five years later, it set up Ping An Technology to focus on the development of core capabilities in artificial intelligence, cloud computing and blockchain.

Its platform, the product of more than $7 billion-worth of investment, then served as a hub for integrating the group's core businesses and streamlining activities, helping to reduce costs and improve efficiency. In a book of management lessons he published, Ma likened the platform to a hotel kitchen producing food for restaurants selling different cuisines, analogous in this notion to Ping An's insurance, banking, wealth management and other businesses.

Ping An further built on its technological core with new offshoots to explore sectors opportunistically, including Good Doctor and Lufax. Jessica Tan, the former McKinsey consultant who oversaw the development of technology operations for six years, in 2018 became co-chief executive of the group, a position she now shares with two other company veterans. Ma will remain as chairman.

The strength of Ping An's ecosystem approach, however, might also be its weakness. Its technology "glue" functions only to the extent that it binds different business lines to a strong and robust core. Ping An's insurance business still carries one of the best credit ratings among its peers but the group cannot coast along relying on its ecosystem affiliates without a robust core business.

That is in part because such a situation risks the fragmentation of the group. Imagine that one of the ecosystem businesses, say Lufax, became so profitable and had so many customer touch points of its own that it began to question the benefits of staying within the group's embrace.

While this scenario may be far off, there is a real risk of powerful ecosystem businesses seeking to redefine their relationship with the group. They could decide to stop sharing data with the rest of the group or build up their own ecosystems. Without its broad portfolio of offerings, Ping An would lose its ecosystem advantage and be less attractive to customers.

Yet Ping An is hardly slowing down in launching and investing in new businesses. In April, the group established a unit to focus on small loans for consumers. It recently launched an online retail banking service in Hong Kong.

Due to the group's ecosystem approach of allowing great autonomy for its business units, they are out of the direct control of Ping An's executive leadership team. This will remain a strength of the group in navigating through crises like the industry's present challenges but particularly with Ma's move to step back from day-to-day operations, Ping An's strategic choices could one day come back to haunt it. 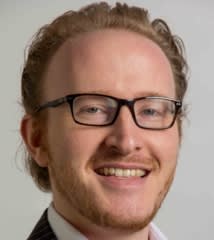 Mark Greeven is a professor of innovation and strategy at the IMD business school in Lausanne, Switzerland and the author of "Business Ecosystems in China: Alibaba and Competing Baidu, Tencent, Xiaomi and LeEco."