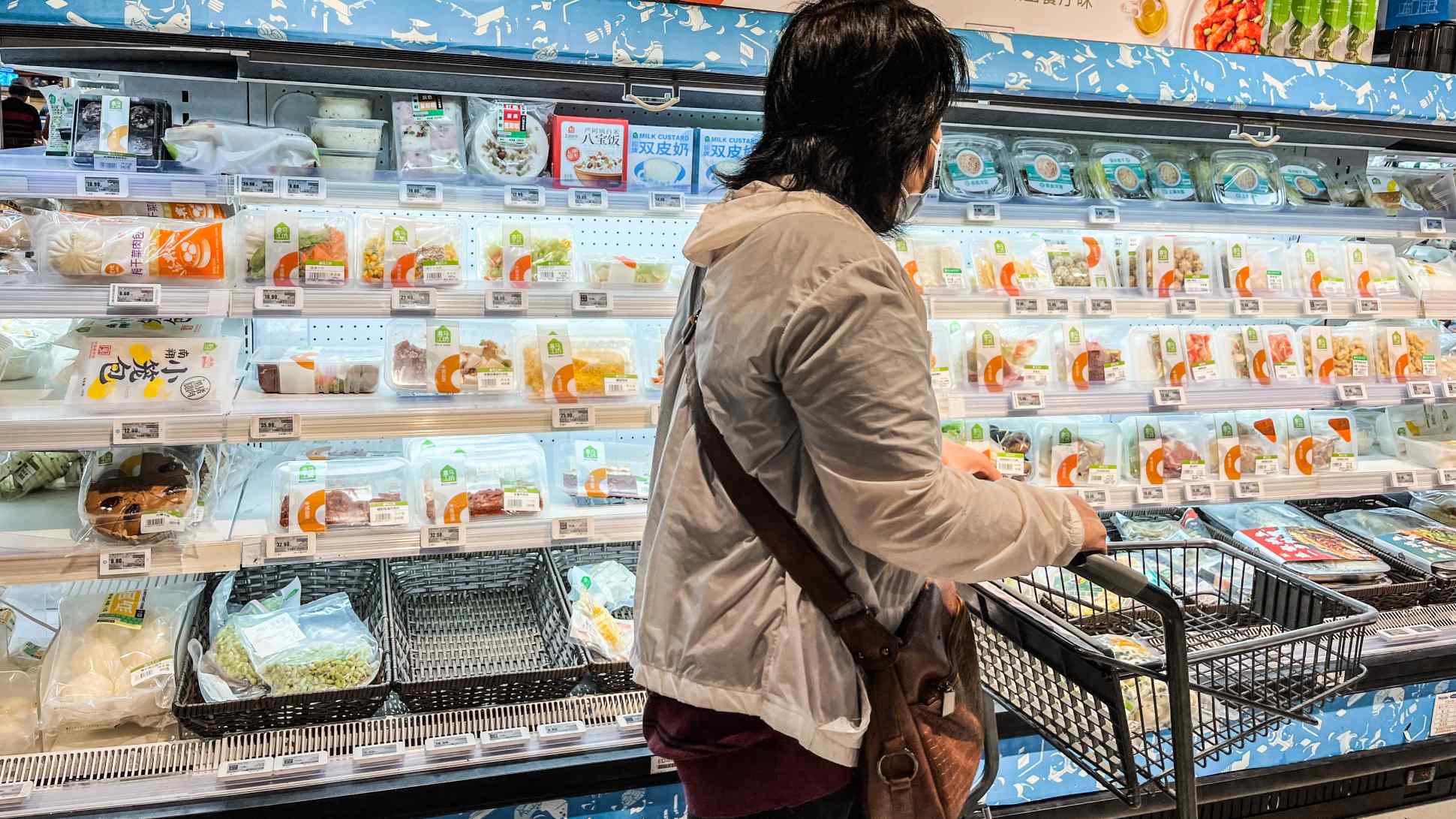 Tech titan Alibaba has gotten into the ready-to-eat food business via its investment in Freshippo, whose offerings can be seen at this Hema Supermarket in Shanghai. (Photo by CK Tan)
Business Spotlight

HONG KONG -- Six months ago David Chang thought he was on to a surefire moneymaking opportunity: China's booming trade in pre-prepared food. Now, he's lost his appetite for the business.

Chang quit his job and signed up as a franchisee for A-Bite, a company selling frozen dishes such as sweet and sour pork tenderloin, and Kung Pao chicken. He says A-Bite -- founded by Charles Lu, the former chairman of fraud-hit Luckin Coffee, which was once a rival to Starbucks -- told him that for a one-off franchise fee of 30,000 yuan ($4,300), plus an annual management fee of 20,000 yuan, he could get a gross margin of 50% by selling meal kits to consumers who would be bombarded with advertisements paid for by A-Bite.