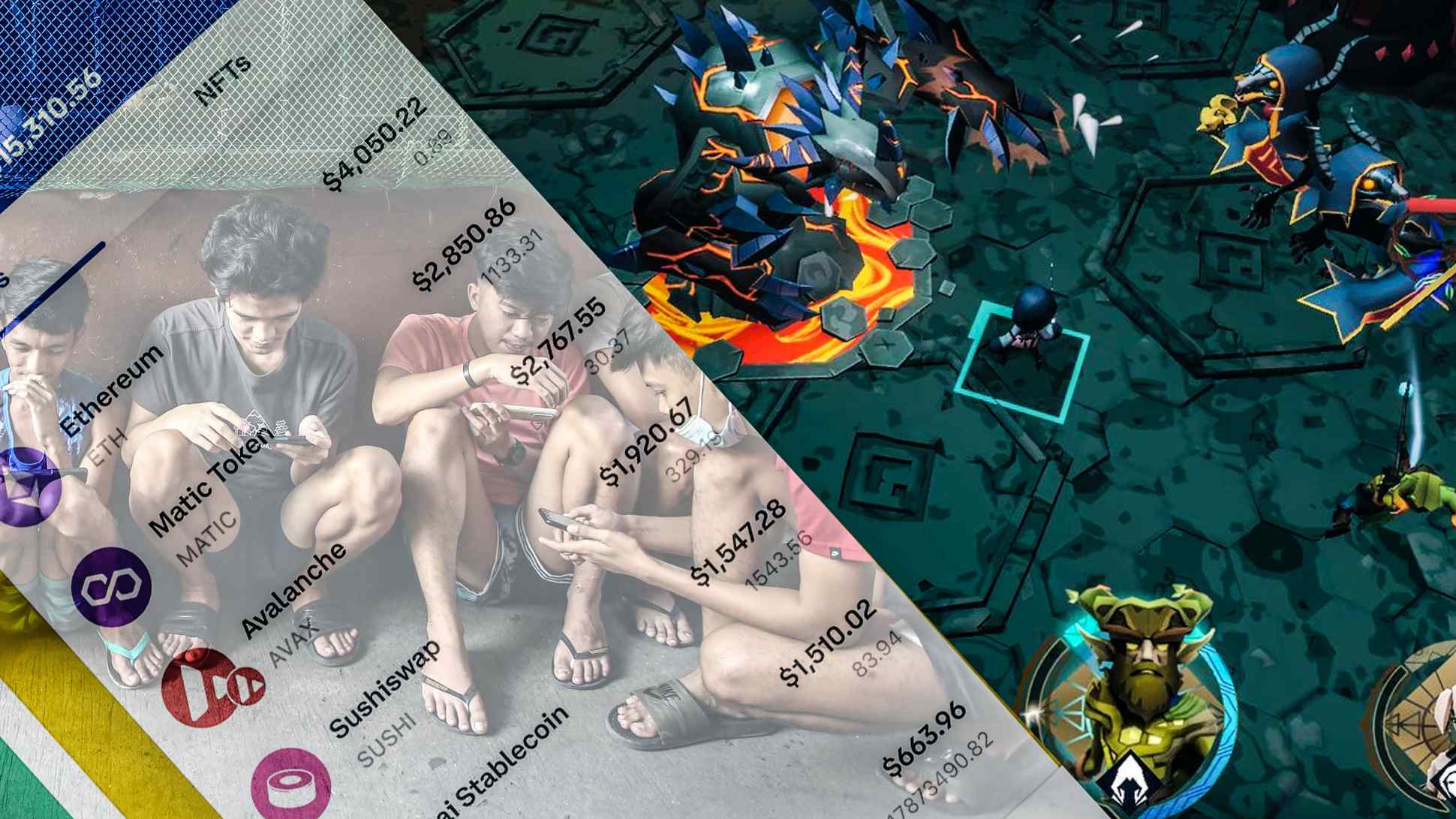 Southeast Asia has become a major market for blockchain gaming, as people are lured by the prospects of earning more by playing games than from their real-life income. (Source photos by AFP/Jiji, courtesy of Immutable and screenshot from Coinbase's website)
Business Spotlight

Could a Philippines startup become gatekeeper to the metaverse?

TOKYO -- Last year, Australian gaming startup Immutable sold its first batch of digital monsters, pets and warriors -- characters with names like Chieftain of the Deadlands or the Exiled Necromancer -- based on an upcoming role playing game called Guild of Guardians.

Players would not only be able to take the characters to dungeons to complete tasks when the game launches, but also trade them like collectibles, since they were non-fungible tokens, or NFTs: digital assets based on blockchain technology.