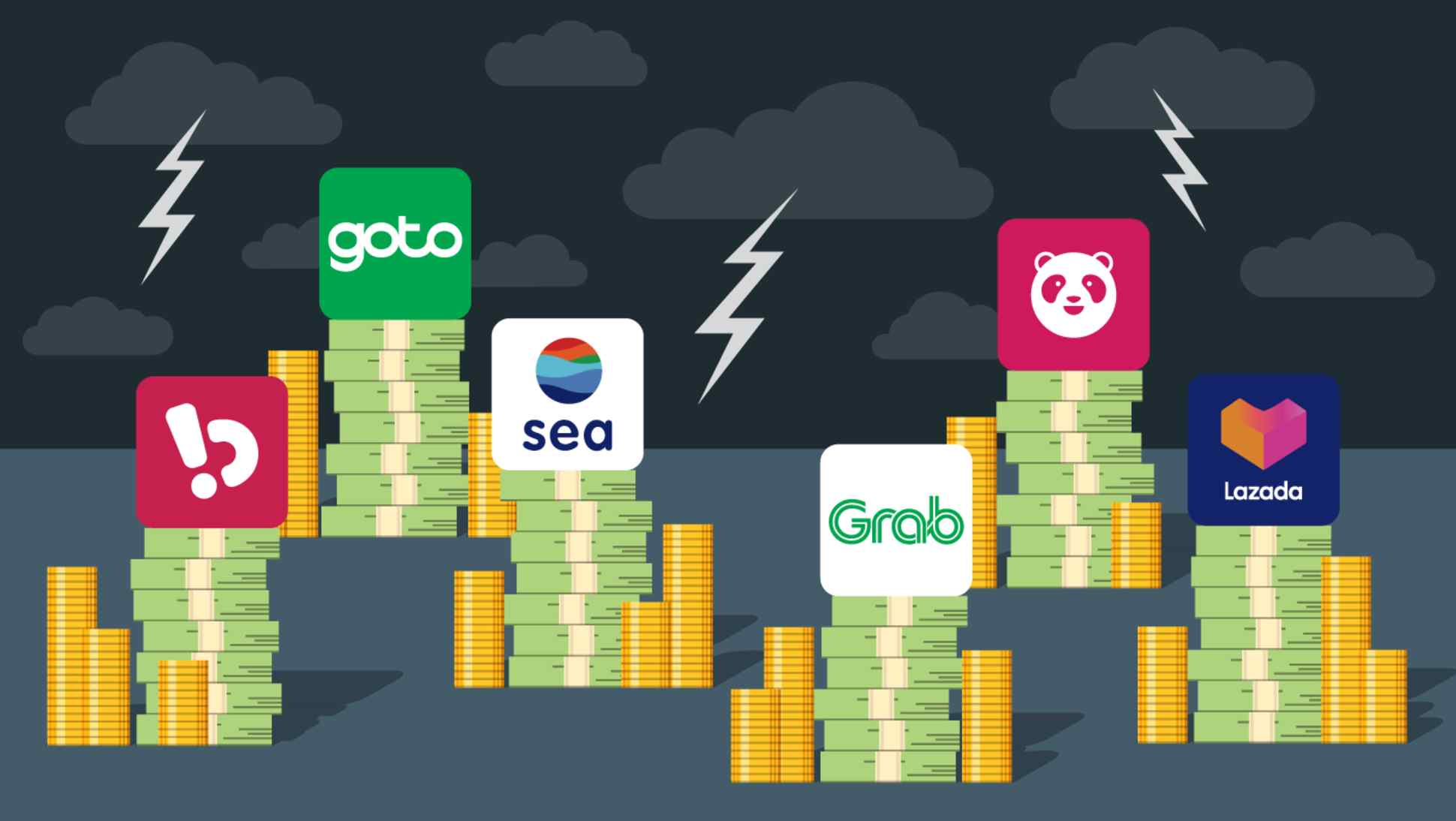 Whether Southeast Asia's first-generation startups like Grab and Sea can meet targets and validate business models will test the region's tech ecosystem amid its first-ever market downturn.   © Illustration by Hiroko Aida
Business Spotlight

SINGAPORE -- A 10-minute drive from the central financial district in Singapore, Grab's new nine-story headquarters that houses 3,000 employees shows how far the company has risen since its early days working from a small rental car office storeroom. "We would just grind it through," said CEO Anthony Tan at the opening of the building in August.

In line with its 10th anniversary, the event was joined by dozens of drivers -- now five million strong in eight Southeast Asian markets -- honking and circling the entrance in their ride-hailing cars. Also present as confetti flew was Singapore's prime minister-in-waiting Lawrence Wong, waving a large green flag bearing the company's logo.