Sam Bankman-Fried is worth $8.7 billion, shares an apartment with roommates, wears T-shirts and shorts to work, and sleeps on bean bag chairs.   © Nikkei montage/Source photos by Michelle Chan and Reuters
Business Spotlight

HONG KONG -- In 2021, one of Hong Kong's richest people -- indeed, the world's richest person under 30 years old -- is not an old-money-family heir but a U.S. native who built his fortune in the cutting-edge world of cryptocurrency.

Sam Bankman-Fried is worth $8.7 billion, according to Forbes. But that number could get "a lot bigger" depending on the outcome of a fundraising round that he says will sharply increase the valuation of FTX, the Hong-Kong based crypto derivative exchange he founded in 2019.

Despite his wealth and the lavish lifestyle the financial hub has to offer, the former Wall Street trader lives like many millennials -- he swears by his vegan diet, shares an apartment with roommates, wears T-shirts and shorts to work, and makes sure every room in his office in Hong Kong's central business district has beanbag chairs to sleep on.

Bankman-Fried describes himself as a workaholic with strict self-discipline. He spends most nights in the office and only returns home when employees are "fed up with my presence," he told Nikkei Asia in a recent interview.

He almost never drinks or goes on a vacation, he said, because "just like an idle software, your brain is less efficient after a long break."

The funding round for FTX, slated to be completed in the coming weeks, could make the company one of the most valuable new financial technology businesses in Asia -- and an asset in Hong Kong's startup scene, at a time when the city's role as a business hub is coming under increasing scrutiny.

Beijing's imposition of a national security law last year has prompted many multinational companies to rethink their commitment to the Chinese territory.

But the greater short-term concern for Bankman-Fried is the financial hub's own desire for greater regulatory oversight of the fledgling cryptocurrency industry. Hong Kong will table a bill in the coming legislative year to require all exchanges operating in the city to be licensed. It has suggested that only high-net-worth professional investors will be allowed to trade cryptocurrencies. Bankman-Fried has made clear that if the city's ban on retail investors also applies to citizens of other jurisdictions, FTX would leave Hong Kong for another base.

"I've loved my time here ... but in the end, what's important is that we're in the right place for the business," he said. "What we've been doing also is reaching out to try and find governments that would be really excited to have us and work with us. That's something we're still working on, and we have a lot of candidates in mind." 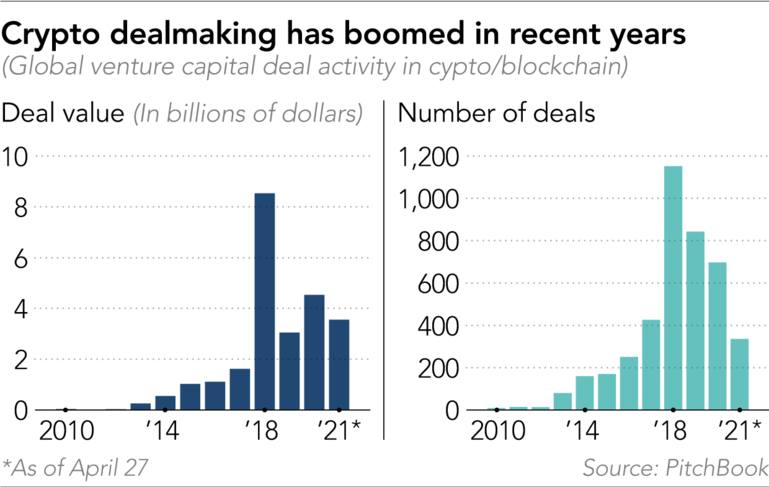 Hong Kong's move to tighten regulations comes as other Asian countries grapple with their responses to the crypto frenzy.

South Korea last month introduced a bill giving financial regulators the power to approve digital tokens, granting authorities greater leverage against market malpractice like price manipulation by exchanges. Authorities in South Korea have confiscated cryptocurrency assets from thousands of individuals in a tax evasion probe. Singapore and Japan have set up exchange-licensing regimes but do not restrict retail trading.

Bankman-Fried's own regional role started in late 2018 when he moved to Hong Kong to start FTX, following tougher regulations in the U.S. that outlawed many complex cryptocurrency products.

Riding on the cryptocurrency boom, FTX logged more than $400 billion in trading volume in April, marking a twentyfivefold increase from the same period last year and making the two-year-old platform one of the top digital asset exchanges globally.

Unlike beginner-oriented crypto trading platforms like Coinbase, FTX is known for its sophisticated derivative products, akin to those sold by investment banks, including futures, options, volatility index and leveraged tokens. Such products allow its users -- mostly highly engaged and well-funded traders, according to Bankman-Fried -- to short digital currencies and profit from a market rout. Bankman-Fried says FTX's valuation will jump to $20 billion after it closes its latest funding round but that the real value will come from partnerships with traditional banks and fund managers. (Screenshot from FTX's website)

It also offers so-called tokenised stocks: digital tokens that track the share prices of real-life companies like Tesla and GameStop, so that people can technically trade stocks around the clock. Another exotic product of FTX's is called pre-IPO contracts, through which traders outside of the U.S. can bet on the valuations of companies that are going public.

"It definitely has a disproportionate share of the large traders," Bankman-Fried said. "I think maybe a little more than half of the volume is coming from people who are trading tens of millions of dollars a day."

Not all of FTX's products are necessarily related to cryptocurrencies. For instance, it runs a thinly traded prediction market where people can bet on scenarios such as whether the Tokyo Olympics will be held, or if Donald Trump will retake the presidency in 2024.

Soaring investor interest in digital coins has also boosted FTX's valuation, which a year ago stood at $1 billion. According to Bankman-Fried, it will jump to $20 billion with the completion of the upcoming funding round, which will raise "mid-hundreds of millions" primarily from institutions. Bankman-Fried said more details will be released in the coming weeks.

The money, however, is secondary, according to Bankman-Fried.

"The biggest thing is not the funds themselves," he said, "the biggest thing is the partnerships" with traditional financial sector companies such as banks and fund managers. FTX hopes to service such institutions as counterparties when they start to build out their own crypto trading capabilities. 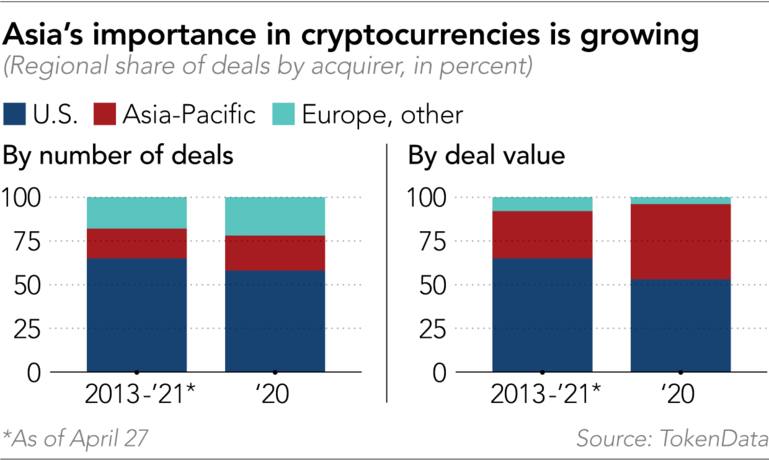 Binance -- the world's largest crypto exchange by trading volume and a strategic partner of FTX -- is an early investor in the platform.

FTX itself is sufficiently lucrative to fund its own growth, according to Bankman-Fried, who said the exchange makes about two basis points per trade on average, meaning that it can rake in over a billion dollars in annual revenue.

With the fresh capital, FTX is also looking to make acquisitions to target retail investors and obtain licenses in other jurisdictions. In August last year, it acquired consumer-focused crypto trading app Blockfolio for $150 million.

The crypto exchange is also spending big to build brand awareness in the U.S., although many of its derivative products are not available to U.S. citizens due to regulations. It bought 19-year naming rights to the home of the National Basketball Association's Miami Heat in a $135 million deal in April. The stadium's name will change to FTX Arena for the 2021-22 NBA season.

This month Los Angeles-based competitive video game organization TSM announced that it would change its name to TSM FTX, after reaching a 10-year, $210 million deal with the exchange. And on Wednesday FTX signed a sponsorship deal with Major League Baseball to become the first cryptocurrency exchange sponsor in professional U.S. sports. From July 13, an FTX logo patch will appear on MLB umpire uniforms.

Bankman-Fried himself garnered public attention when he donated over $5 million to a group backing Joe Biden's campaign, making the newcomer to political spending one of the U.S. president's biggest donors. 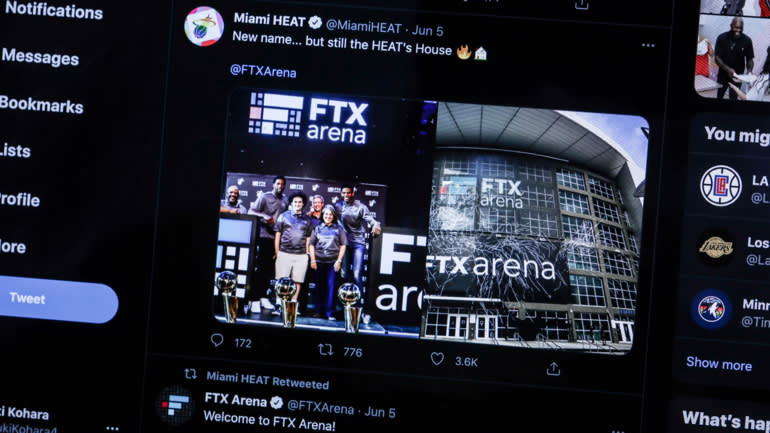 Hong Kong's FTX Trading is increasing its visibility in overseas markets and will assume naming rights for the stadium hosting the NBA's Miami Heat. (Photo by Yuki Kohara)

Born to Stanford Law School professor parents, Bankman-Fried graduated from the Massachusetts Institute of Technology with a major in physics and initially wanted to pursue a career in academia.

But then the "effective altruism" movement -- a philanthropic philosophy that encourages people to maximize their donations' impact with the use of data -- prompted him to work in finance in a bid to earn quick money and then give it away to charities.

During his three-year stint as a trader at Jane Street, a Wall Street quantitative trading company, he built models to quantify the return of his donations. In 2017, he left his job to start crypto trader Alameda Research after seeing the opportunities in the nascent digital currency market.

"I didn't know anything about crypto when I first got involved. I barely knew what a blockchain was," he said. "But it sort of hit me pretty quickly when I was in there."

Two years later, he founded crypto derivative exchange FTX with his Alameda colleagues, out of frustration, he said, with the "poor quality" exchanges that existed in the market. Operating a trading company and an exchange at the same time would have been banned in most traditional stock markets.

"I basically just saw lots of evidence that there's likely to be really good trading to do in crypto, a really new ecosystem, a ton of customer demand, huge volatility and not enough infrastructure institutions to support it because it had grown so quickly." 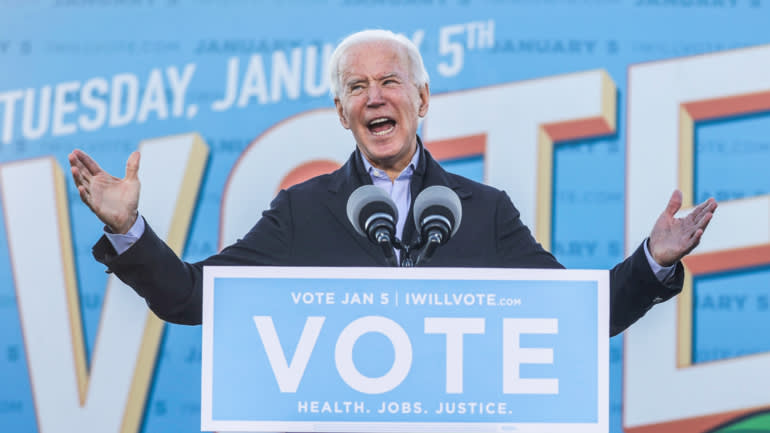 That turned out to be the case. Upon stepping foot into crypto trading, he discovered the "kimchi premium" -- an arbitrage opportunity driven by South Korea's huge demand for bitcoin. Around its peak, bitcoin in South Korea was 50% more expensive than it was in the U.S., presenting a low-risk, high-return cash cow for crypto traders. He also sought similar opportunities in other markets, including Japan, though the spreads were narrower.

Looming over the company is the Hong Kong regulatory threat. One suggestion being considered is to limit crypto trading to professional investors -- individuals or corporations that have a portfolio of at least HK$ 8 million, or about US$1 million, "at least for the initial stage of the licensing regime," according to government proposals.

"We'll have to see what that bill actually says," said Bankman-Fried. "As a good faith [gesture], we preemptively went ahead and started restricting future sign-ups in Hong Kong to professional investors." FTX is "totally on board" with Hong Kong's desire for clarity around anti-money laundering and know-your-customer rules, he said.

Meanwhile, the crypto billionaire is continuing to pursue his initial goal of making impactful donations. FTX, which is committed to donating 1% of its revenue, has so far donated $10 million to charities including Open AI, a research lab that works to ensure that artificial intelligence benefits humanity, and the Humane League, which seeks to end the abuse of animals raised for food.

As regulator scrutiny shows, there is plenty of concern that cryptocurrencies can be used to channel funds into more nefarious activities -- not to mention the huge carbon footprint associated with the "mining" of crypto assets such as bitcoin. Asked if some of these problems are contradictory to his philanthropic ideals, Bankman-Fried said such issues will be fixed with the right compliance and technology.

"I don't see these problems [persisting] in the long-term," he said.