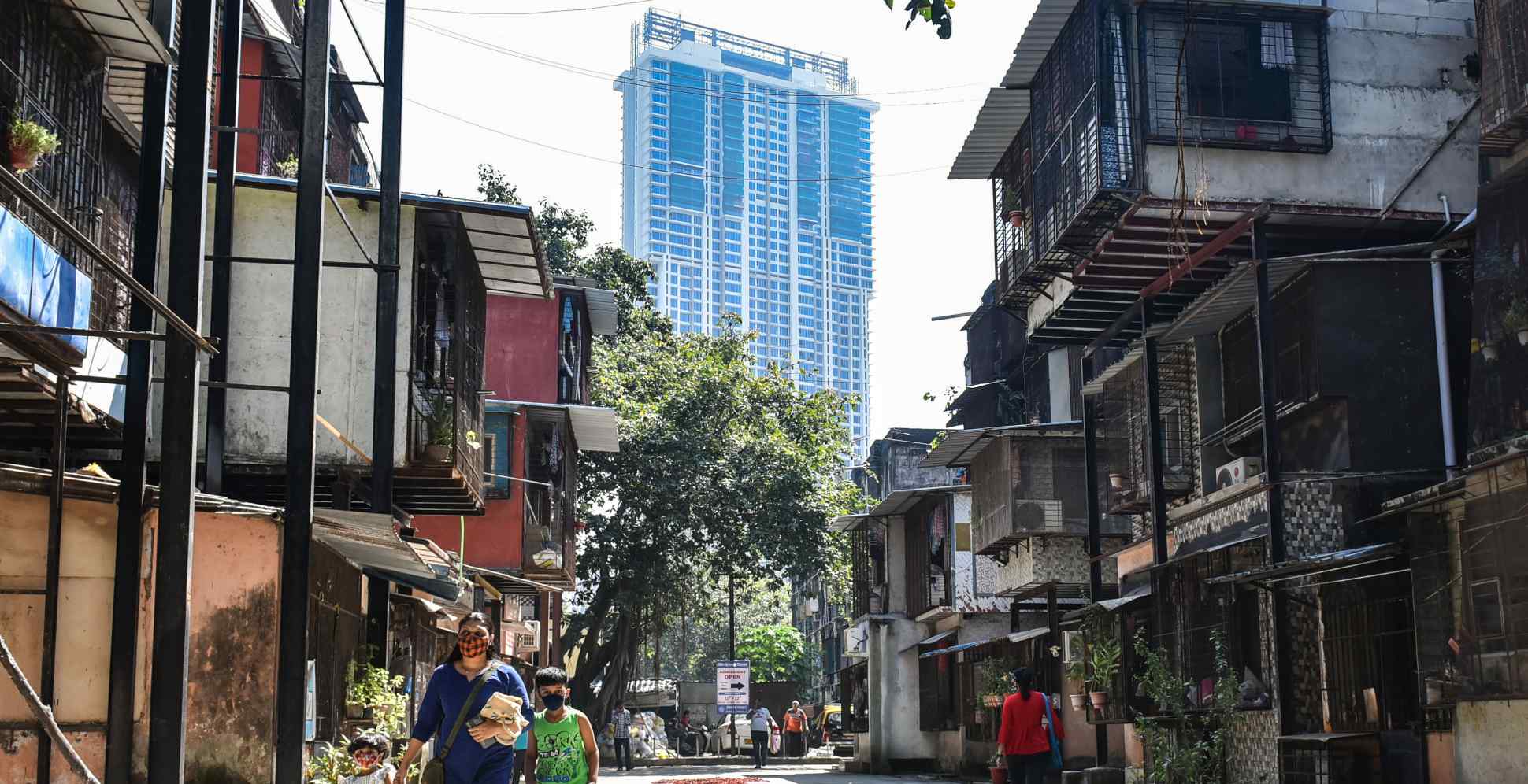 A luxury condo overlooks a street in a BDD chawl, a low cost housing development by the Bombay Development Department of the British government, in Worli. (Photo by Kamlesh Pednekar)
Business Spotlight

MUMBAI -- Vijay Pratap, who makes his living as a door-to-door political campaigner, shares his one-room tenement -- smaller than parking space for two small cars -- with six members of his family, including his octogenarian mother. He has lived there all 61 years of his life, three generations in a 160-square-foot room in a dilapidated 96-year-old three-story building in Mumbai. While the city around his home has transformed into a megalopolis, these BDD chawls -- low cost housing developed by the Bombay Development Department of the British government -- have remained untouched.