JAKARTA -- When Chevron and the Indonesian government signed an agreement last month to speed up investment in one of the country's biggest oil blocks, it was good news -- but also a reminder that an uncertain new era for Indonesian energy is almost at hand.

The deal to restart drilling in the Rokan block will unlock a final round of investment by Chevron before it hands over the field -- where it has operated since 1971 -- to national energy company Pertamina next August. And with that a significant chapter will close in the U.S. oil company's 90-year history in Indonesia's oil industry.

Chevron is not just leaving Rokan, where its contract was not renewed after Pertamina vastly outbid it in 2018. It has also decided to sell out of another flagship project, the Indonesia Deepwater Development, after years of frustrations in trying to develop the gas field. It is expected to try to sell its 62% stake to junior partner Eni of Italy. Production in the IDD project went on stream in 2016, with a $6.98 billion phase II development originally targeted for completion in 2025. 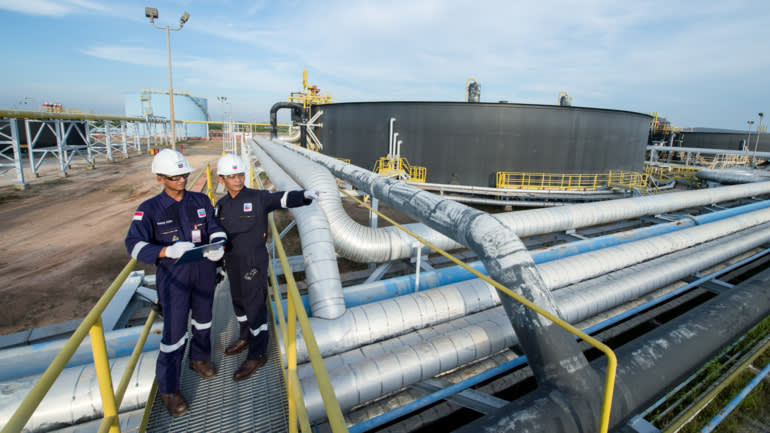 The Indonesian government has tried to convince Shell and Chevron not to abandon the country's oil and gas sector. (Photo courtesy of Chevron)

And another big oil major, Royal Dutch Shell, is also throwing in the towel in Indonesia. It is seeking to sell its 35% participating interest in the estimated $19.8 billion Masela gas block project in eastern part of Indonesia -- with Japan's Inpex holding the remaining 65%. Production was initially targeted to commence in 2027, but delays seem inevitable unless Indonesia quickly finds a new partner for Inpex.

"Shell has reported to us a list of potential buyers. They will be invited to access the opened data [on Masela]. Shell will do the tender process," Indonesian upstream regulator SKK Migas head Dwi Soetjipto told a hearing with lawmakers on Aug. 24. "Hopefully as Shell said, the divestment process will take only around 18 months."

The uncertainty caused by the withdrawals -- by two of the biggest names in global energy -- is unwelcome for the south-east Asian nation as it struggles to replenish its dwindling oil reserves while pumping enough to keep the economy on the rails.

To some analysts, they show that Indonesia's push for "resource nationalism" -- trying to concentrate oil fields and mining concessions in local hands -- may backfire, with Pertamina struggling to maintain output levels and the coronavirus pandemic casting a further cloud over investment. Pertamina also took over the giant Mahakam gas block from France's Total in 2018.

Harwood said oil majors are reassessing their portfolios and facing "strategic challenges", with revenues hit by lower oil prices and a need to make a long-term transition towards renewables, downstream business and petrochemicals.

"One of the problems that investors find with Indonesia is the time it takes to move a ... project from discovery to actual first production. Some of the big fields [have been] in the works for 10, 15 -- 20 years in some cases -- and they're still a number of years away from first production," he said. "From a standpoint of the oil and gas investment situation, it does look very difficult going forward [for Indonesia]."

In a reversal of the stance of a few years ago, the government has been appealing to Shell and Chevron to stay. "We have sent 2-3 letters to Shell, stating that the government is disappointed with the move taken by Shell," Soetjipto said. "So we ask them, if they indeed [want to leave] ... to expedite the process so it won't hinder the project." At the same time oil consumption rose from 1.3 million bpd in 2009 to 1.7 million bpd last year, according to the BP Statistical Review of World Energy.

In the short term, the onus is on Pertamina to try to stop output sliding. When the Rokan block transfer from Chevron is completed, it will control 60% of the national crude production, up from 36% in 2018.

Pertamina has already been struggling to pump up production in Mahakam, which had dropped to around 600 million standard cubic feet of gas per day last year from 1,351 mmscfd in 2017 following the takeover from Total.

Both Mahakam and Rokan are mature blocks, so their production has been naturally depleting. But ill-prepared transfers could accelerate those declines. 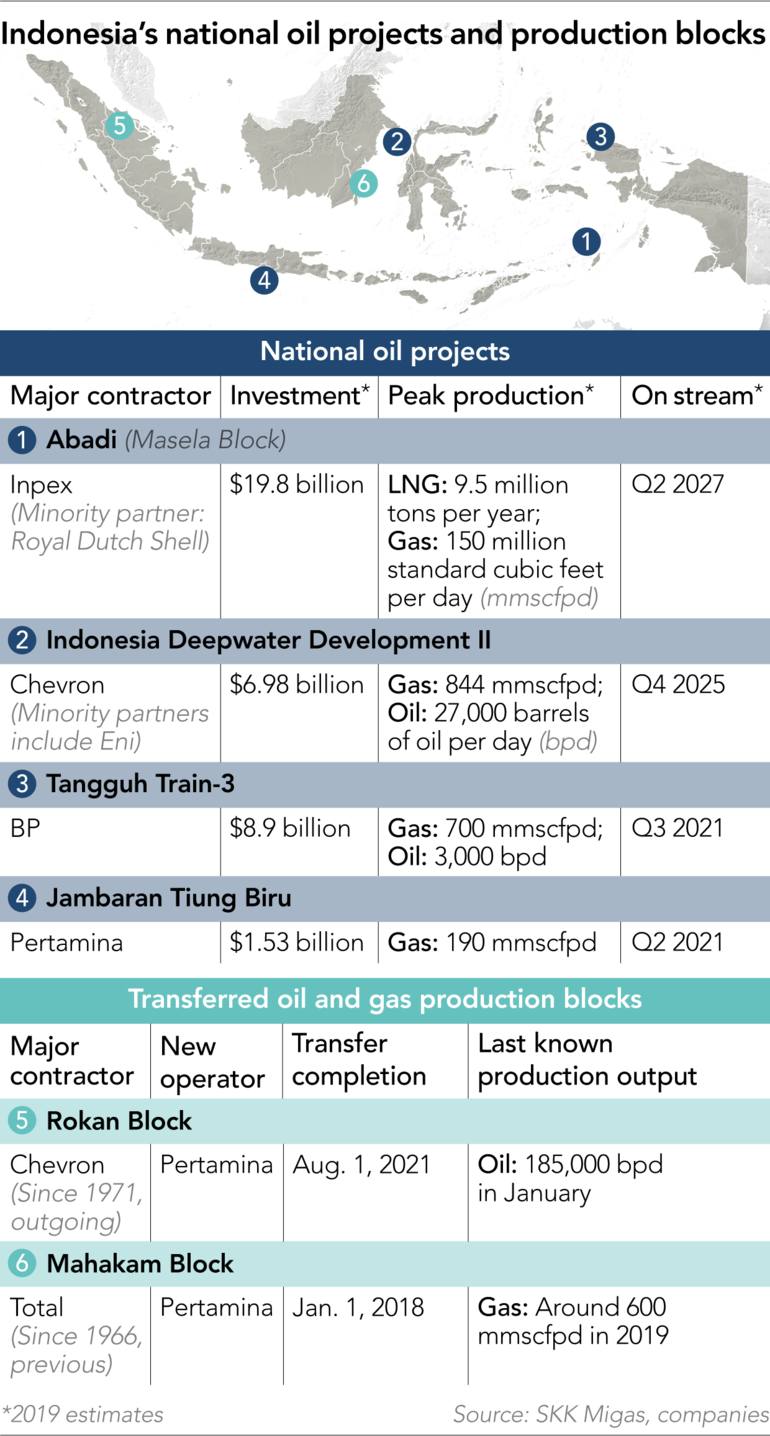 In early 2018, Rokan produced 210,000 barrels of crude oil per day, nearly 30% of Indonesia's total crude production. This year, prior to the pandemic, the production target was set at just 161,000 bopd. Pertamina this year complained about not being able to enter Rokan during the transfer process ahead of Chevron's exit -- which led to the September deal between Chevron and SKK Migas under which the U.S. company will be reimbursed for restarting previously abandoned drilling activities.

Lawmakers had earlier questioned whether the national oil company will be able to maintain Rokan production levels, especially after Pertamina posted a $767.9 million net loss in the first six months of this year -- its first half-year loss in at least 15 years.

Longer term, Indonesia needs to reverse declining investment, which SKK Migas says fell from $20.4 billion in 2014 to $12.2 billion last year -- only 1% of which went to exploration activities.

The consequence of less investment has been fewer discoveries and rapid depletion of oil reserves.

Joe Lai, energy and resources assurance leader and disruptive events advisory leader at the Jakarta office of Deloitte, said if the production rate is kept at last year's level, Indonesia's proved oil reserves will have fewer than nine years of life.

"This is in contrast to the average of such reserves-to-production (r/p) ratio in Asia Pacific of 16.4 years and the entire world of 50 years," Lai said. "It will take multiple years of exploration activities before sanctioning an oil and gas project. In the meantime, a combination of continuous producing, natural decline of the reserves and prolonged low prices due to COVID-19 could mean that the r/p ratio could deteriorate even faster."

Indonesia is badly positioned to compete for shrinking global oil investment. Wood Mackenzie's latest Upstream Competitive Index, published in September, ranks Indonesia 125th out of 145 regimes for fiscal attractiveness. That is a slight improvement from 134th place before July, when Indonesia re-introduced a "cost recovery" scheme for production-sharing contracts for oil and gas. 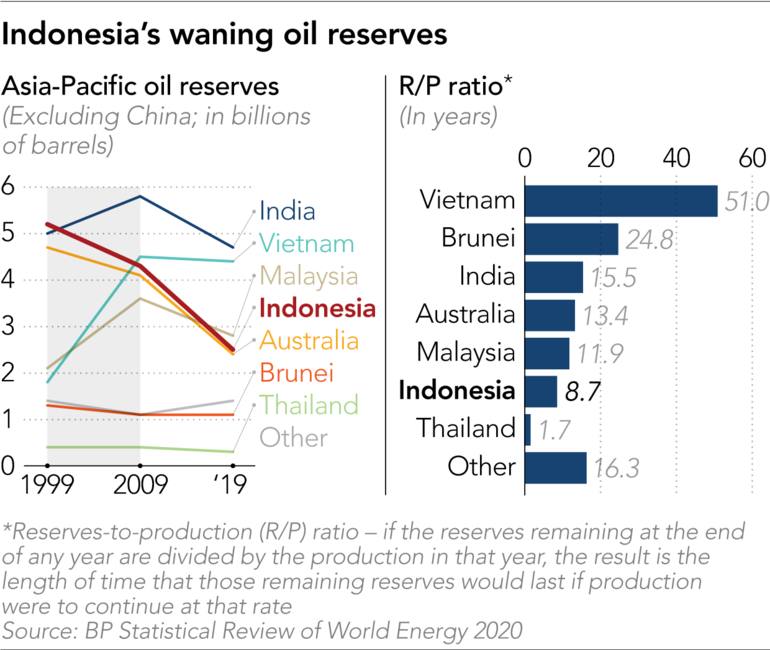 While the pandemic has brought lower prices that make imports relatively economic now, Indonesia cannot afford to import more oil over the long term. Increasing oil imports have been a main contributor to Indonesia's persistent current account deficits, causing the emerging market to be among the first to be abandoned by investors when external shocks happen -- such as during the height of the U.S.-China trade war and early in the pandemic.

To reduce reliance on imports, the government is targeting 1 million barrels of crude production per day by 2030, and commissioning Pertamina for five mega refinery projects that will double its refining capacity to 2 million barrels per day. Pertamina also has been asked to expand the country's biodiesel program, partly to increase domestic consumption of palm oil at a time when Indonesia's top export commodity faces a backlash in Europe.

However Pertamina has been stretched by plummeting oil prices and sales during the Covid pandemic. Apart from its loss in the January-June period, Pertamina has cut its operating expenses and capital expenditure plans by 30% and 23% for this year, respectively, amounting to a combined $4.7 billion.

The cuts, as well as restrictions hampering field activities, are expected to cause further delays in Pertamina's upstream and downstream projects. Pertamina had already been struggling to secure investment commitments from potential partners for the five refinery projects. In May the company confirmed that Saudi Aramco pulled out from one.

Pertamina and PetroChina are expected to make the largest capex cuts in 2020 among Asia's 15 largest oil and companies, Fitch Solutions said in a June note.

One hope now is that the government responds further to the challenges facing the industry following the deal in September with Chevron, which was described "a win-win agreement" by Soetjipto at SKK Migas. "It is our way to ensure the level of production will be maintained during the transition and beyond. ... This is a concrete step to keep oil and gas production in 2021 from decreasing." 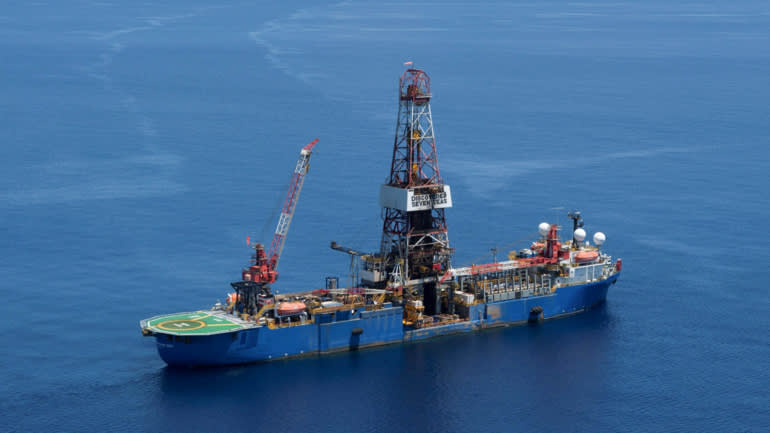 Indonesia's total proved natural gas reserves fell to 1.4 trillion cubic meters last year, a little over half what they were in 1999, as investment slowed. (Photo courtesy of Inpex)

A so-called omnibus law on job creation, passed by Indonesia's parliament on Oct. 8, includes a section on oil and gas. It gives the central government more clout over issuance of business permits, a move aimed at reducing local governments' involvement that contributed to lengthy bureaucratic delays for projects.

There is also a proposed revision to the 2001 law on oil and gas. Lawmakers have again urged the government to speed up the long-delayed deliberations on the proposal, highlighting the need to replace SKK Migas -- currently an ad hoc body -- with a more permanent upstream regulator, as well as provide more legal and fiscal certainties in production sharing contracts and exploration activities, among other crucial issues. But there has been no response from the government so far.

"I think investors, they like certainty. You're making a major investment over 10-15 years, there's no payback until 10-15 years later," he said. "There's no clear timeline over when the omnibus law will be introduced. At the moment ... it is adding another layer of uncertainty to oil and gas sector."