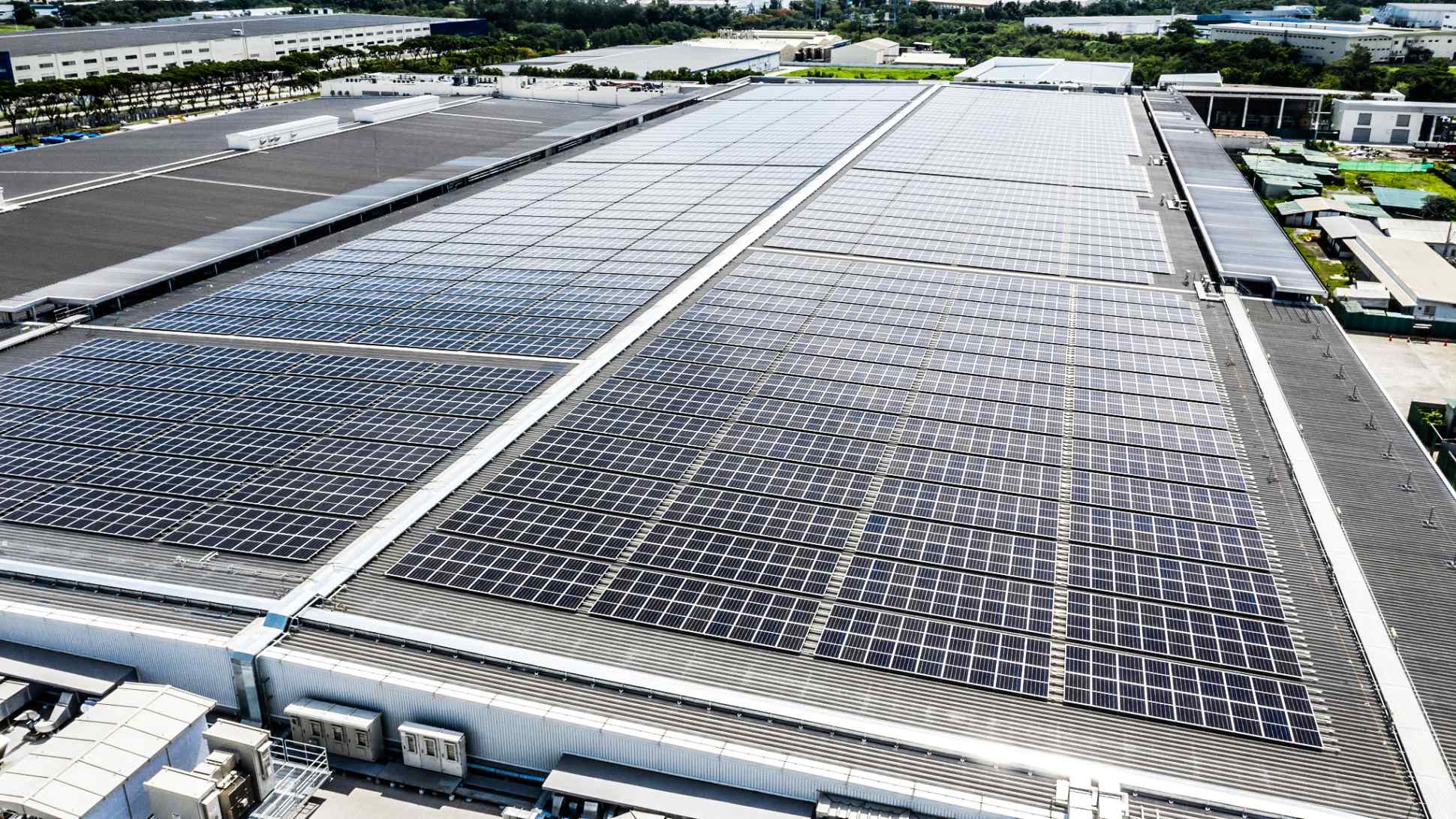 This Murata plant in the Philippines is the electronics maker's first overseas site to be fully powered by rooftop solar. (Photo courtesy of Murata)
Business Spotlight

TOKYO -- When Ricoh Group decided last year to shift away from its historic focus on cameras and printers, it saw an opportunity to accelerate its decarbonization targets. The Japanese group began emphasizing digital services, which are less carbon-intensive than the hardware business, where it had already fully shifted five factories producing its flagship printer to renewable energy.

The company says it is on track for a 63% reduction of its Scope 1 and 2 emissions -- those coming from its direct operations and the energy they consume -- by 2030. That is important, it says, since clients in Europe and the U.S. increasingly demand carbon neutral products.