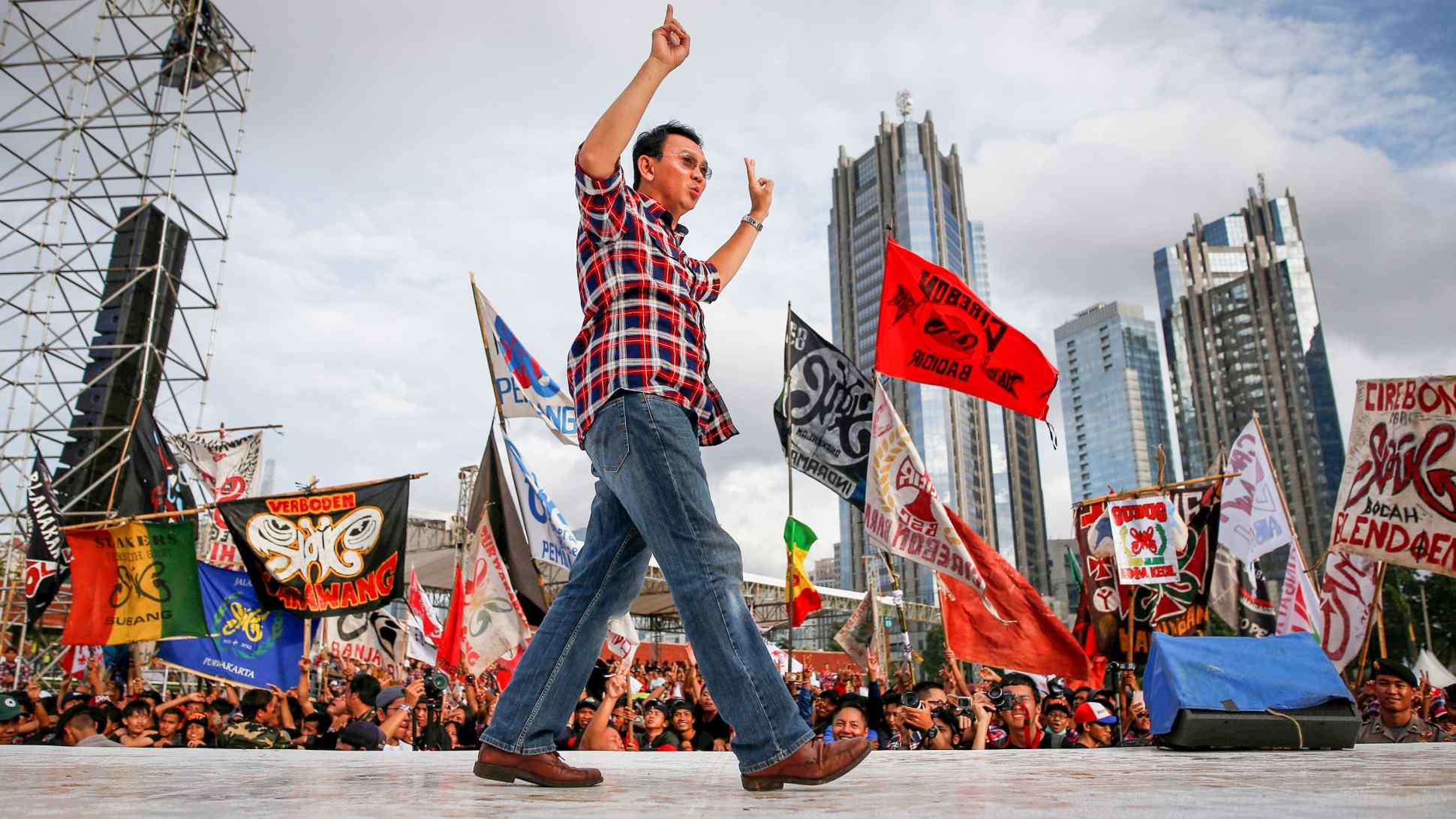 "I couldn't accept it," Ahok said of his first days in prison after being convicted of blasphemy charges. "I wanted to run away but I was afraid the prison guards would shoot me."   © Reuters
Business Spotlight

A protege of president Joko Widodo, Purnama -- known by his nickname Ahok -- was on track for another term when accusations that he had insulted Islam blew apart the 2017 gubernatorial race, then saw him convicted of blasphemy and jailed for nearly two years.