Taiwan Stanch makes up to 1 million masks a day to support the island’s fight against the coronavirus outbreak. (Photo by Lauly Li)
Business Spotlight

TAOYUAN, Taiwan -- The small group of engineers and executives who met in a deserted warehouse in northern Taiwan on Feb. 10 had a simple yet daunting mission: help the country massively ramp up its output of face masks to deal with the deadly coronavirus outbreak.

The 10 or so people who were starting a stretch of 15-hour days and fitful sleep were not experts in making masks; most knew little about any aspect of medical equipment. Instead, they were from a clutch of machine tool companies -- making the machines that help Taiwan's industrial wheels turn. And what they were about to accomplish would reinforce their often underappreciated role in the island's economy.

In less than a week the team had grown to about 40 people, turned the warehouse into a temporary manufacturing plant and harvested the first fruit of their labor: a mask-making machine, built from scratch. On Feb. 16, a Sunday, a team of engineers delivered the machine to Sumeasy Enterprise, a small mask-maker 40 km away in the port city of Keelung.

"We did not have any reference designs for the mask machine and we did not know what exact parts we needed. We just had to try to figure it out one by one. ... Every second counted as the whole Taiwanese public was really panicking that they did not have enough masks to live through the global pandemic," Winston Dai, the general manager of Taiwan Takisawa Technology, a leading listed precision machinery maker, and the onsite project leader, told the Nikkei Asian Review.

After delivering the machine to Sumeasy, Dai and his team fine-tuned the new production line until 11 p.m. -- then went back to work. By 4 a.m. they had formulated a plan to build around 90 more machines in less than a month. True to the plan, those machines are now up and running.

As a result, within a month Taiwan went from producing fewer than 1.9 million masks a day to making nearly 10 times that number. From being reliant on China, Taiwan is now able to donate millions of masks to the U.S., U.K. and EU to help combat the coronavirus.

That "mask diplomacy," a chance for Taipei to go toe-to-toe with Beijing, is a welcome outcome for the Tsai Ing-wen administration. The island has also been lauded worldwide for its efforts in tackling the pandemic. It has had only a few hundred cases and six deaths from the virus.

But the success of the response has also trained a spotlight on the resourcefulness and adaptability of Taiwan's machine tool industry. Before early February, when three companies -- Habor Precision, Tongtai Machine & Tool and Taiwan Takisawa -- volunteered to help, Taiwan had just two tiny surgical mask-machine makers, usually capable of making just two machines per month. Now more than 30 mask-making companies have received the 90 machines made by those two equipment makers with the help of the rest of the machine tools sector. 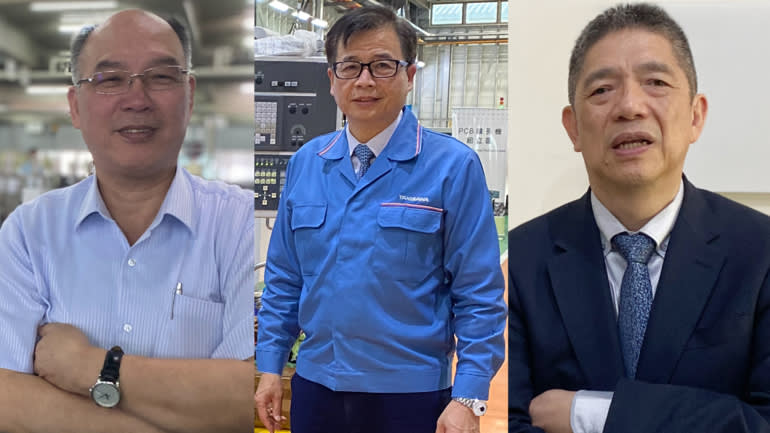 "None of us had made or seen mask machines before. We are mostly making high-end parts or machines that go into automobiles, aviation or smartphones. But we thought, 'They are still machines and there must be something we could help with,'" Hsu Wen-hsien, chairman of Habor and also the president of the Taiwan Machine Tool & Accessory Builders' Association, told Nikkei.

Much has been written about Germany's so-called "hidden champions" -- a phrase coined to describe the swath of little-known family-owned outfits, often in niche engineering segments, that form the economic backbone of Europe's export powerhouse. But whereas Germany's engineering story is well-known, Taiwan's machine tool makers may be the real hidden champions.

The trade-reliant island is proud of having chip and electronics manufacturing giants like Taiwan Semiconductor Manufacturing Co. and Foxconn, vital links in the global tech supply chain. Less noticed is that Taiwan is also a machine tool powerhouse ranked as the world's fifth-largest exporter with a value of $3.6 billion -- behind only Germany, Japan, Italy and China, according to Gardner Intelligence's latest data, from 2018. Those strengths were about to be tested. When machine tool executives first visited the factory of Chang Hong Machinery in Wugu District of New Taipei City -- one of the two mask equipment makers that was asked by the government to build machines in weeks -- their hearts sank.

The company, family-owned for decades, was based in a small metal shack with barely enough space for 10 people. There was no standard operating procedure for the machine-making, nor any categorization or labels for the components used. All the know-how was in one place: the head of the owner, who was reluctant to share his expertise.

"That's almost mission impossible for such a small company to take such big orders," Yen said. "I shook my head and knew I would have to send a crew who not only know machines but who are very adaptive to all kinds of emergencies."

Within days they found a temporary factory nearby -- but up a hill and with no power, water, toilets or mobile phone signals. The Ministry of Economics ordered state-run power and telecom companies to set up basic infrastructure. Machine tool companies volunteered top engineers who brought toolboxes, fans, benches and other equipment to start assembling the machines.

Led by Takasaki's Dai, the volunteers quickly arranged more than 40 workstations to erect and test each part of a mask machine. They identified and labeled each of the hundreds of components needed and drafted a workflow chart and a timeline to deliver each machine. Meanwhile Habor's Hsu lobbied more companies to send staff to help. 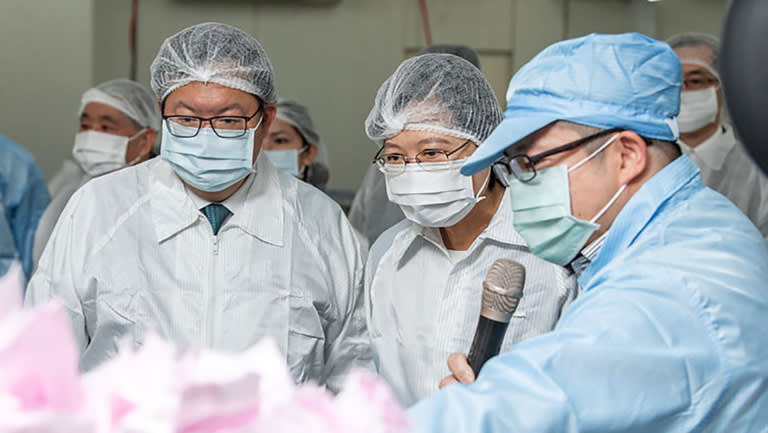 "To be honest with you, at the beginning, I was a bit worried that it was really not so many companies actively joining this volunteer force or sending their best talent," Hsu said. "But people's morale was raised and more companies joined after the public -- out of the blue -- started to call us as a national team."

In the end, 29 machine tool makers dispatched some 200 engineers who ended up working 40 days in a row.

As Hsu points out, the project's leading companies are usually rivals. "All these big guys compete head-to-head in normal days," he said. "But they were willing to set aside their competition and work together so closely for the country. It is a sense of honor that I feel really good to be part of it."

This huge voluntary effort does not disguise the fact that Taiwanese machine tool makers face trying times. The coronavirus pandemic has shuttered factories and businesses worldwide, weakening demand for machine tools. Taiwan's manufacturers have also faced a ferocious price war with China, which surpassed the island as a machine tool exporter in 2017.

Taiwanese machine tool makers had already taken a hit from the U.S.-China trade dispute. They expected an easing of tensions in January would help demand pick up this year -- only for those hopes to evaporate amid the coronavirus outbreak.

"Taiwan's machine tool industry is heavily reliant on exports," said Johnson Wang, an analyst from the Taiwan Institute of Economic Research. "So it's extremely vulnerable if global economic conditions are weakening. Leading companies in Japan are cutting prices to grab more business in the downturn, while Beijing is also urging Chinese companies to use more local machine tools to help their domestic players offset the market slump. Taiwanese companies are being sandwiched."

According to the Taiwan Machine Tool & Accessory Builders' Association, the value of the island's machine tool exports fell nearly 25% to $553 million in the first three months of this year compared with the same period in 2019, and the downturn is expected to extend at least to June.

"The industry is already at its bottom. ... First it was the trade war, now the pandemic just makes things worse," Habor's Hsu said.

Tongtai, which supplies the automobile, aviation, consumer electronics and other industries, said business activities had nearly ground to a halt since the Covid-19 outbreak. "It is impossible for us to predict the business outlook for this year," Yen said. "It looks like everything will be put on hold until the end of June. It all depends on the containment of the coronavirus globally."

If some good has come from the outbreak, it is greater awareness of the importance of Taiwan's hidden champions.

"People got used to seeking low costs by moving low-end manufacturing to other countries, such as to China," Chuo said. "No one had thought that a low-end product like masks could become such a strategic resource that links to national security.

"Machinery is the mother of all industries, and machine tools are the foundation of machinery. It is a relief that a small island like Taiwan still owns the capability."