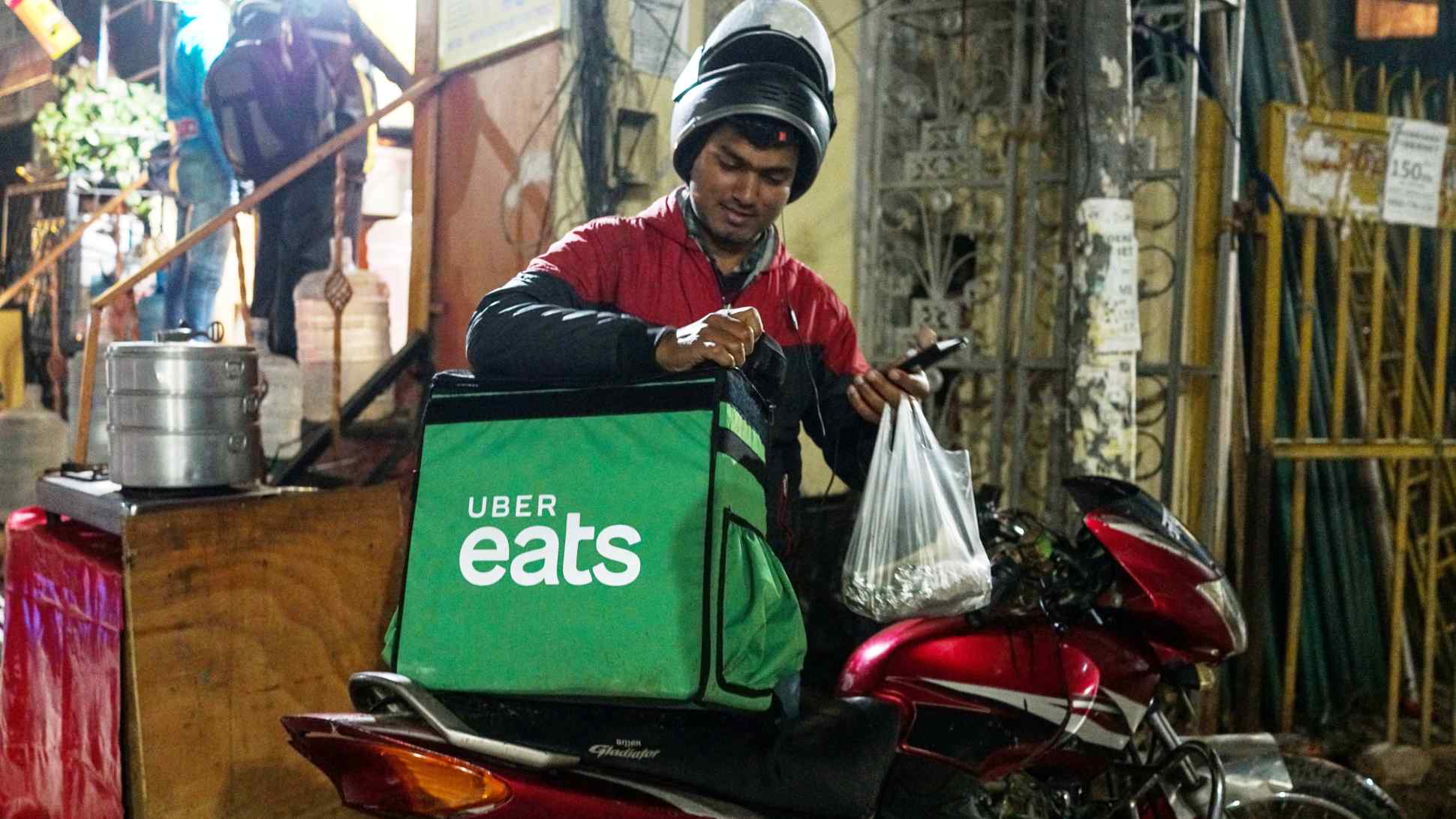 Uber sold its Indian food delivery operations to Zomato in an all-stock deal, in a rare example of homegrown companies defeating foreign rivals. Or was it?   © AFP/ Jiji
Business Spotlight

BANGALORE -- When Jeff Bezos arrived in India earlier this month, the Amazon CEO launched a major charm offensive. Bezos wore traditional local garb, predicted that "the 21st century is going be the Indian century," and promised $1 billion in investment.