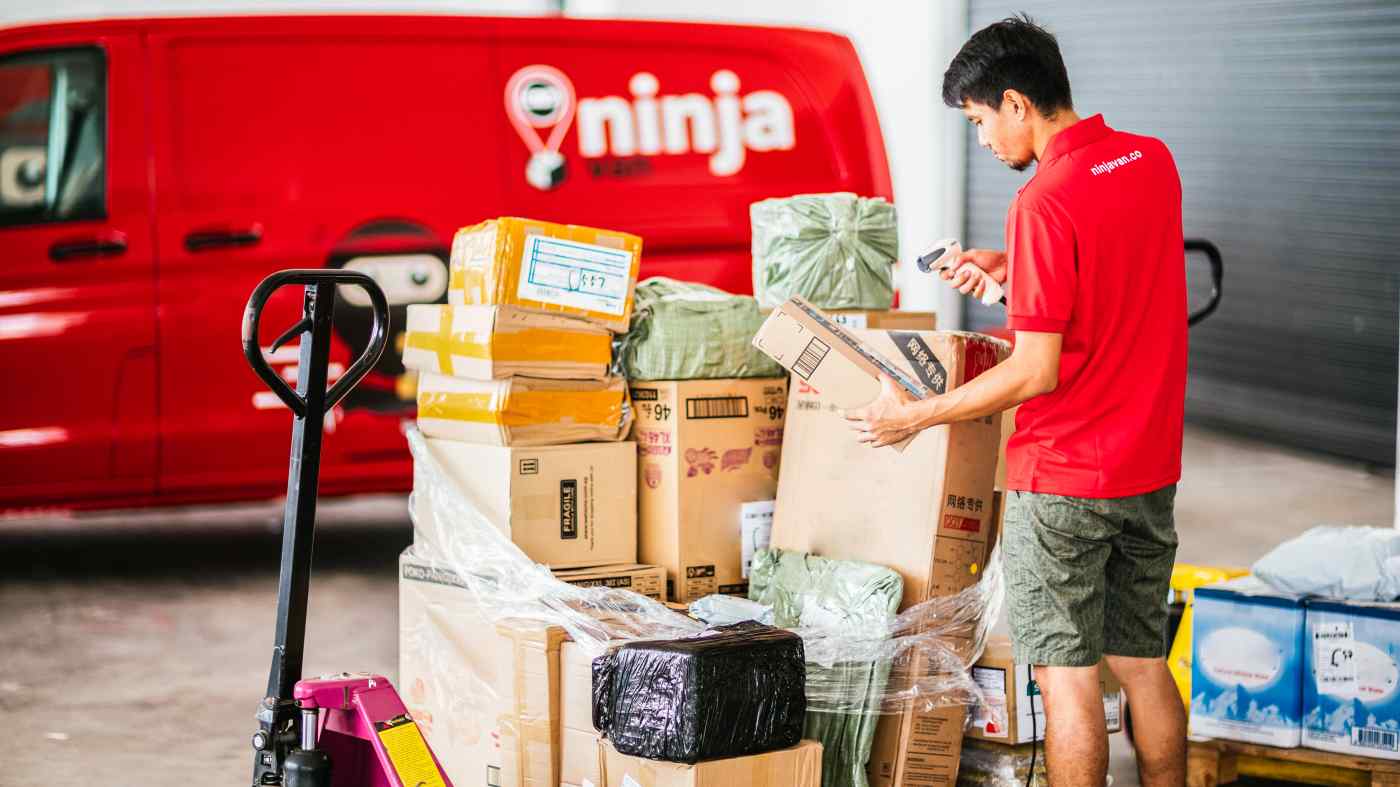 SINGAPORE -- Singapore logistics startup Ninja Van has closed a major round of funding, raising $578 million in a late stage Series E round with China e-commerce giant Alibaba Group as a big name backer.

The money raised will be poured into "infrastructure and technology systems that will support a sustainable long-term cost structure," and help in the quality and consistency of the company's operations, Ninja Van said in a news release on Sunday.

GeoPost/DPDgroup, B Capital Group, Monk's Hill Ventures and Zamrud, a unit linked to a Southeast Asian sovereign wealth fund, were other investors who participated in the round.

"The market recognizes the emerging opportunities for e-commerce logistics in Southeast Asia," Lai Chang Wen, co-founder and chief executive officer of Ninja Van Group, said in the release. "Ninja Van is positioned to take a central role in meeting the shifting demands of both businesses and consumers."

Launched in 2014, the startup, which bills itself as a tech-enabled logistics player, has a network spanning Singapore, Malaysia, Indonesia, Thailand, Vietnam and the Philippines.

It said it currently employs more than 61,000 staff and delivery personnel that support the delivery of around two million parcels a day throughout the region.

Southeast Asia's importance to tech-leaning startups like Ninja Van is widely recognized. The gross merchandise value of the region's internet economy is expected to grow threefold to $300 billion by 2025 from 2020, according to research by Google, Temasek and Bain & Co.

Reliance on digital services like e-commerce surged as coronavirus waves swept across the region for more than a year, with consumers turning in droves to online purchases for groceries and goods as government-imposed social restrictions kept people at home to prevent infection.

Ninja Van, as an enabler of e-commerce with its delivery services, is among numerous internet-dependent businesses that have been riding Southeast Asia's tide of digitalization.

Investors have taken note. Despite the pandemic largely sealing off borders in the region, which keeps venture capital players and young companies from easily meeting face to face, deal values hit $11.7 billion in the first half of this year.

According to a report by DealStreetAsia, the six-month figure topped the $8.5 billion seen in the whole of last year and the $8.8 billion recorded in 2019.

Top deals in the second quarter included Singapore-based retail analytics startup Trax, which raised $640 million in a Series E round from backers such as BlackRock and SoftBank Vision Fund.

It is an example of how digital retail is driving interest from the likes of venture capital players, with the sector scoring $1.45 billion in deals according to DealStreetAsia data -- the most among the industries it surveyed.

Ninja Van's Series E fundraising further fuels the trend, as it takes an opportune moment to consolidate its drive to be a leading regional logistics player in the region, with help from Alibaba.

"With Ninja Van's vast presence and extensive local insights in the region, we are confident that our partnership with Ninja Van would enable us to better serve participants in the e-commerce ecosystem," Kenny Ho, head of investment for Southeast Asia at Alibaba, said in the release.

"We strongly believe in the potential of e-commerce in Southeast Asia, in particular the power of technology-enabled logistics to fuel e-commerce growth," Ho said.