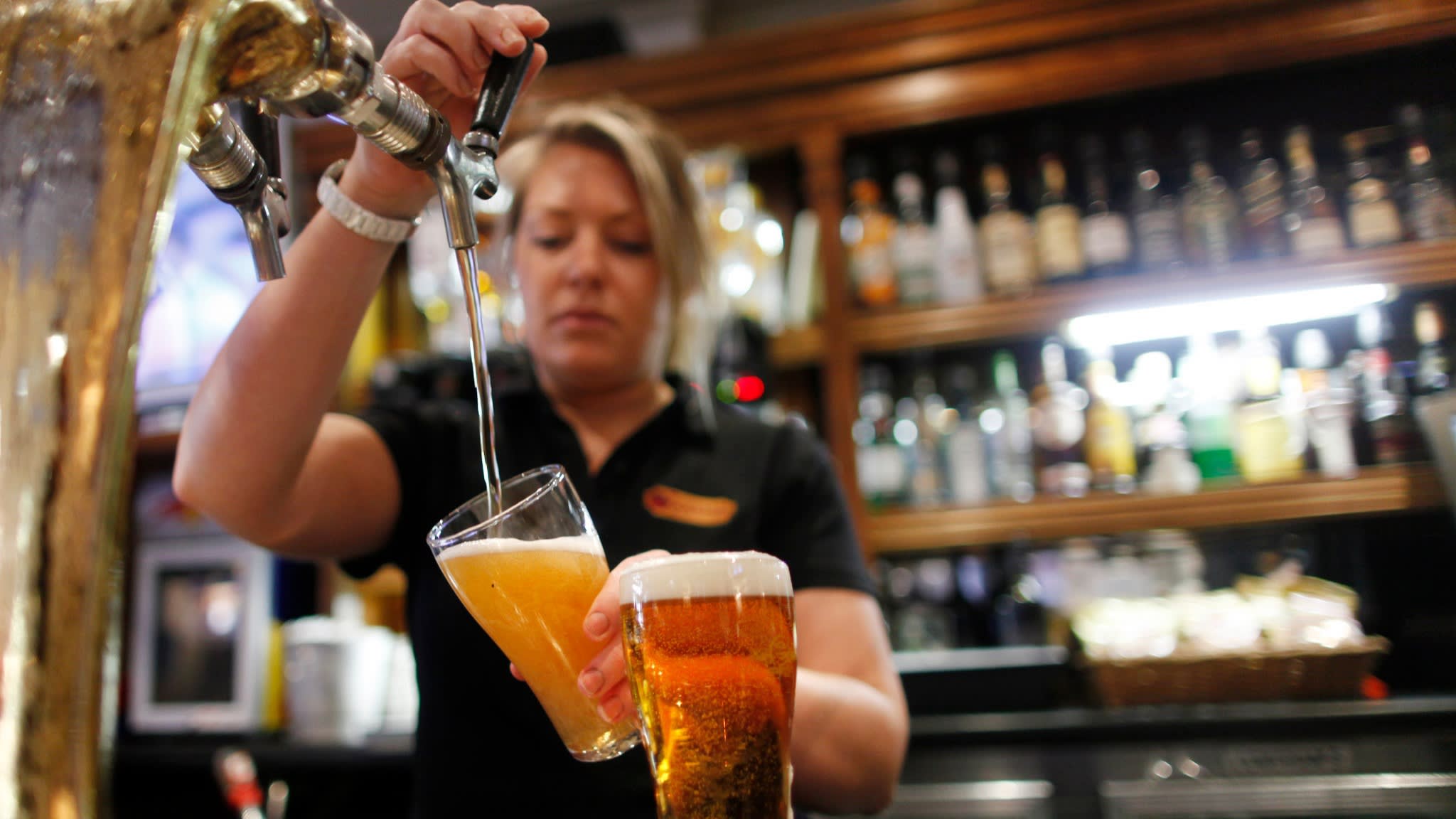 The parent of the brewer of Japan's Super Dry bought CUB and other assets from Anheuser-Busch InBev, the world's biggest brewer, for 16 billion Australian dollars ($10.8 billion), in a deal announced last summer.

Asahi emerges as the top beer company in Australia, growing to nearly 40% of the market from a mere 1% before the purchase. The Japanese buyer bet that beer consumption would rise given the country's immigrant-driven population growth, boosting operating profit, which totaled 201.4 billion yen ($1.87 billion) in 2019.

But the coronavirus pandemic changed this game plan. Asahi's sales in locked-down Australia dropped 40% by volume on the month in April. British researcher GlobalData predicts Australian beer sales will fall 13% in 2020 and will not rebound to the 2019 level until at least 2023.

"We're facing a tough business environment with the coronavirus crisis, but we will seek further growth as a premium beer brewer," Asahi President Akiyoshi Koji said Monday. The premium market, including craft beer, was growing 7% a year worldwide before the pandemic. Asahi has acquired the Victoria Bitter lager through its purchase of Australia's Carlton & United Breweries.

The outlook has darkened for Europe as well, where Asahi bought AB InBev operations in 2016 and 2017 for 1.2 trillion yen. The business grew to generate 30% of Asahi's brewery segment profit.

Beer sales in Europe are forecast to slide 10% this year, with no recovery to last year's level before 2023. A particularly long slump is projected for the Czech Republic, Romania and other parts of eastern Europe, where the Japanese company enjoys a bigger presence.

In Japan, penny-pinching consumers continue to favor lower-priced beverages, such as chuhai canned cocktails, as demand for beer evaporates.

Goldman Sachs Japan expects Asahi's net profit before CUB's contribution to tumble 25% this year to 106.1 billion yen, with doubts that the brewer can meet its 2020 earnings target  -- set prior to the pandemic -- before 2022.

Asahi's balance sheet also holds cause for concern. The Australian acquisition will boost goodwill and intangible assets beyond the current 1.3 trillion yen. Asahi has downplayed the risk of write-downs on goodwill -- the premium paid over CUB's book value -- but a sustained downturn in the beer market could force the brewer to reassess its earnings outlook.

Meanwhile, Asahi's debt-to-equity ratio has climbed to an estimated 2.2 from 1 at the end of March, because the purchase was financed by borrowing. The brewer plans to raise up to 500 billion yen by issuing new shares and subordinated bonds. But the company's ratio is higher than peers Kirin Holdings and Sapporo Holdings, which are at 0.9 and 1.6, respectively.

Japanese agency Rating and Investment Information downgraded its rating outlook on Asahi to "negative" on Monday, citing increased uncertainties over earnings and other factors.

While Asahi maintains a focus on premium beers, adapting to market changes will be critical.

Sales of alcohol-free beer will recover to the 2019 level in 2021, U.K. research firm Euromonitor projects. These products make up only around 2% of the beer market, but their sales are rising 4% to 8% a year. In comparison, mass-market beer is growing by less than 1%, according to GlobalData.

Asahi sells alcohol-free beers in eastern Europe and launched a non-alcohol version of premium Italian beer Peroni in the U.K. last year. But in this segment, the Japanese group faces a formidable rival in AB InBev, which aims to generate 20% of its total sales from low- and non-alcoholic beers in 2025 -- up from 7% at present.

The Japanese company also must contend with the rise of craft breweries. With the beer market maturing and consumers acquiring a broader range of tastes, microbreweries are growing rapidly, especially as online sales enable those with tight finances to offer products nationwide.

"Big companies are no longer the only drivers of the beer market," an official at a Japanese player said. The U.S. had 8,400 craft breweries in 2019, five times as many as a decade earlier, and their products account for one-quarter of all beer sales. Japan had 435 craft breweries, up 70% over three years.