'Chemistry' was key in Philippine and Myanmar conglomerates' rare tie-up 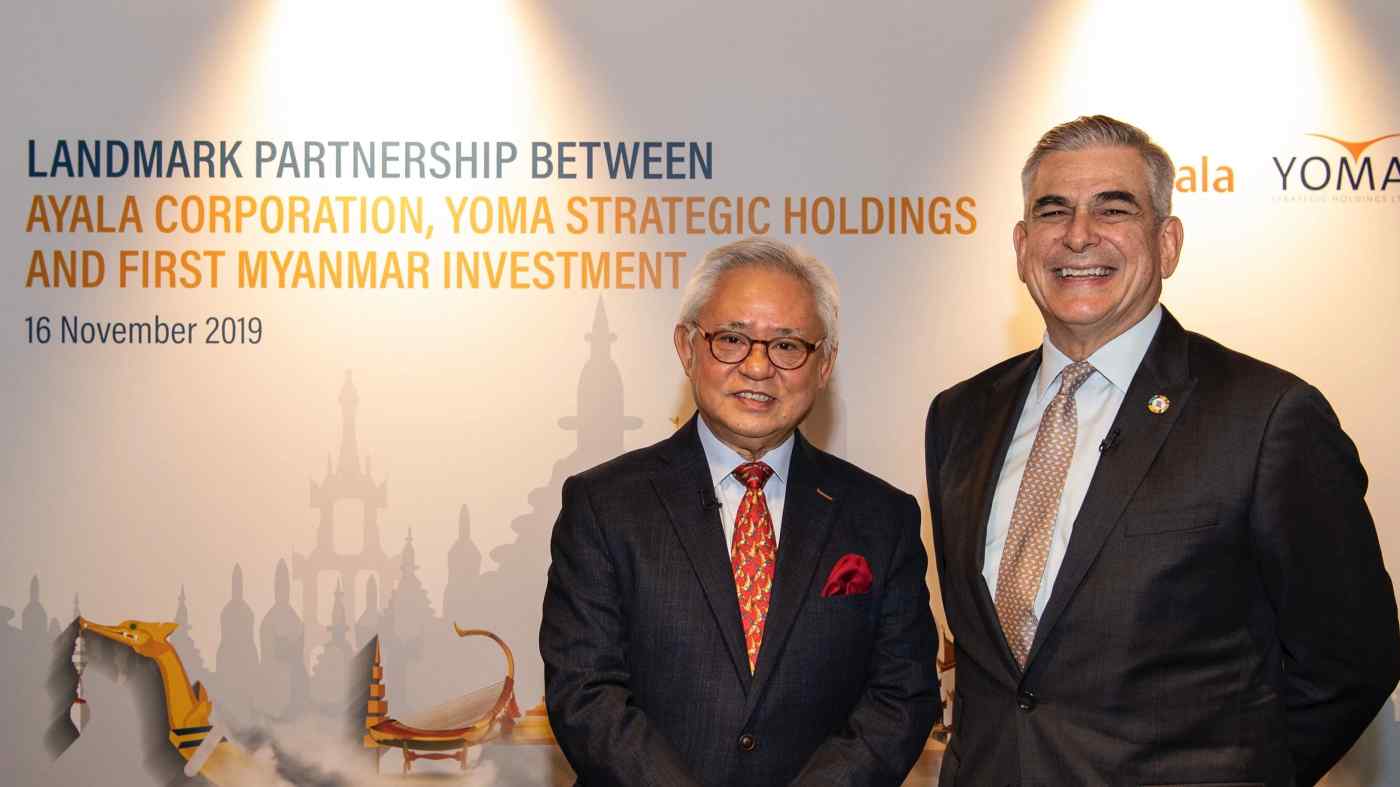 SINGAPORE -- The chairman of Philippine conglomerate Ayala Corp. says he is open to more partnerships with Southeast Asia's family-run empires, after sealing just such a rare deal with Myanmar's Yoma Group.

Ayala, whose operations span real estate and finance to health care, this week announced a combined $237.5 million investment in two companies controlled by the Myanmar group.

"We're reaching the stage, in our development as an institution, that we have to start building stronger ties in Southeast Asia," Chairman and CEO Jaime Augusto Zobel de Ayala told reporters in Singapore on Saturday. "We would love to replicate [the Yoma arrangement] in the region if the right opportunity comes."

He noted that the Philippines has been through a growth cycle that generated plenty of business opportunities, saying, "It's exciting for us to see a new market going through a similar cycle." His company's experience at home, he suggested, should translate well in other emerging markets.

"It's much easier for us to transfer that type of knowledge in a Southeast Asian setting than in a developed country setting," the chairman said. He stressed that working with other domestic companies is in Ayala's "DNA," and said he wants to "take that way of working and start transferring it to the region."

Yoma, like Ayala, operates in a wide range of sectors including real estate, automobiles and telecommunications. Serge Pun, Yoma's chairman, who joined Zobel at the news conference, pointed out that the two groups have already started a renewable energy project together.

"We would have others coming. [There are] many other possibilities," Pun said.

One of the reasons big family conglomerates like Ayala and Yoma rarely team up is the difficulty of forming capital partnerships. This is particularly sensitive at the holding company level, since family control could be at stake.

Pun said "chemistry" was crucial in forming this tie-up. "It is so important that there's a good chemistry between the leaders. I feel very fortunate that we've had it for a long time, even before we started thinking of doing business together," Pun said. "This is to me a unique and fated opportunity." 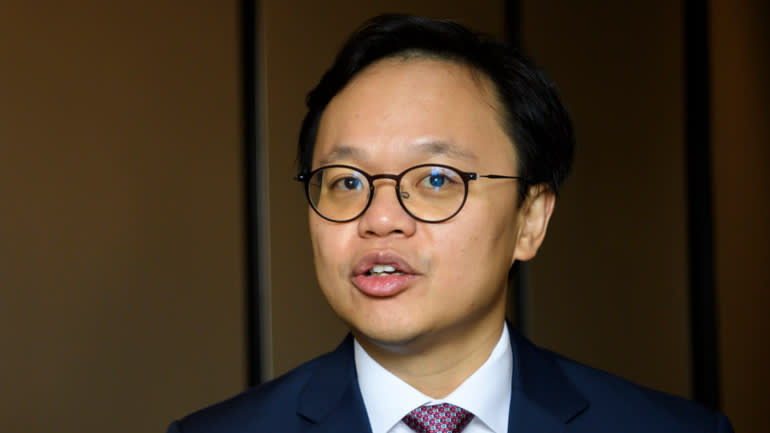 In a separate interview, Melvyn Pun, Serge's son and CEO of Yoma Strategic Holdings -- the group's core company -- told the Nikkei Asian Review that his 66-year-old father and the 60-year-old Ayala chairman have been friends for many years. He also noted the two groups have common partners, such as Japanese trading house Mitsubishi Corp.

"Family chemistry has been there, has been building up for a very long time," Melvyn Pun said.

As a result, the younger Pun said accepting Ayala's investment "wasn't a difficult decision for us." His family, he said, has always maintained it is important to have trustworthy partners.

Through the deal, Ayala will acquire up to 20% of the Singapore-listed Yoma Strategic Holdings, becoming the second-largest shareholder after the Pun family, which will retain 27%.

"I think 20% is a very strategic and good number," Melvyn Pun said. "It allows Ayala a good involvement in the group to help us."

He said Ayala could make extra investments in individual projects, but at the holding company level, the Puns will retain the largest share and Yoma will remain the family's business. "That," he said, "is the agreement."