Bain joins CVC in Toshiba bid, with KKR also in the running

Options to be weighed under new CEO, but foreign investment law may pose hurdle 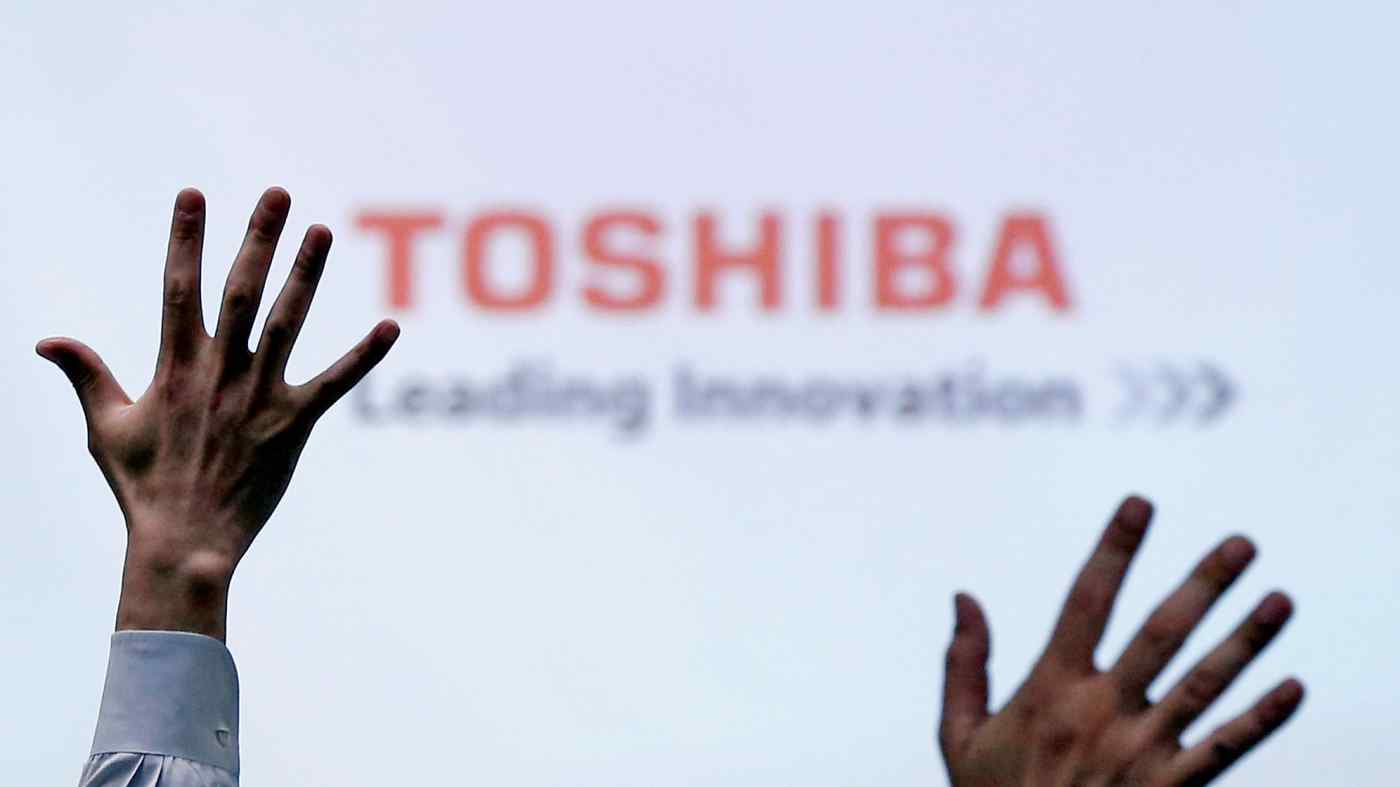 TOKYO -- U.K. private equity firm CVC Capital Partners is joining forces with U.S. peer Bain Capital to draw up a proposal for the buyout of Japan's Toshiba, Nikkei has learned.

Toshiba said on Wednesday that Nobuaki Kurumatani has resigned as CEO and that Chairman Satoshi Tsunakawa has been appointed as his successor. Management under the new leader will be tasked with reviewing the offers in a transparent manner.

CVC plans to submit a revised offer to privatize Toshiba that includes the participation of Bain Capital by Friday. Bain, which led the buyout of Toshiba's semiconductor unit Kioxia in 2018, has strong ties with the Japanese company. Bain has $130 billion in assets under management.

Tsunakawa on Wednesday said that the revised offer CVC will be considered once a formal proposal is received.

However, any foreign investment will come under close scrutiny by the government which had revised and tightened a foreign exchange and trade law in May last year for national security reasons. Nuclear energy was classified as a sector key to Japan’s national security and Toshiba, which is involved in that business, was designated a strategically important company.

But Toshiba's significance to the country was clear even in 2017 when Singapore-based Effissimo Capital Management came under regulatory review after it ended up with a stake of more than 10% in the Japanese company which had issued shares.

CVC is hoping to invite government-linked Development Bank of Japan and Japan Investment Corp. into its bid, although it has yet to begin detailed negotiations with the two entities. It hopes those ties will help it to better assess Tokyo's view of the deal in terms of foreign investment regulations.

KKR, which is considering its own proposal, is also thought to be keen on seeking support from JIC and DBJ. The challenge foreign parties face is in adding a local partner to smooth the deal over and help investors clear regulatory hurdles so that Toshiba’s management and its employees will be open to being bought out.

An independent committee consisting of Toshiba's 11 board members will review the buyout offers.