Why SoftBank boss makes huge bets abroad -- but not at home 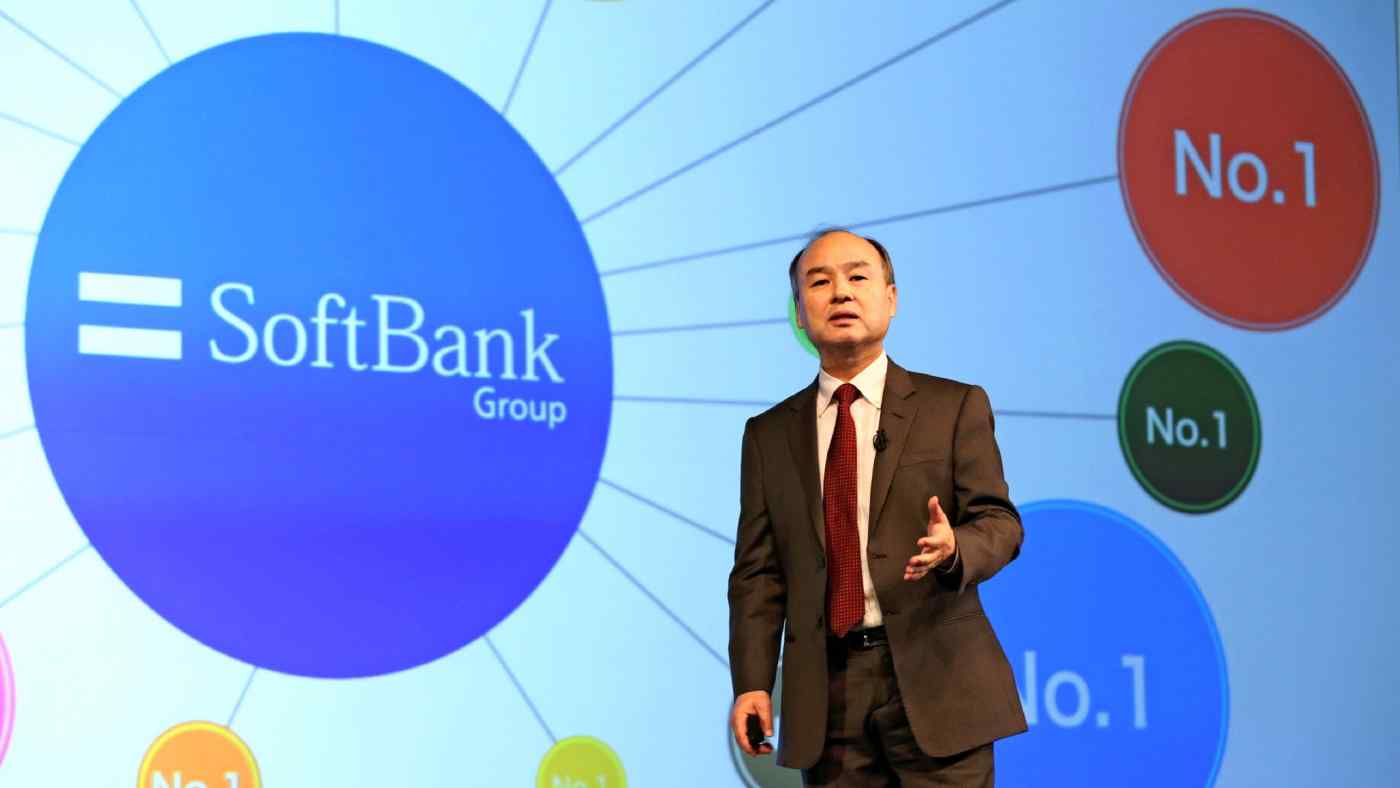 Japan's richest man aspires to be remembered as the "crazy guy who bet on the future." There were many tempted to agree with the crazy part in December 2014, when the SoftBank mogul plowed $250 million into Grab, Singapore's fledgling car-booking service -- a David to Uber's Goliath.

Serendipitously, I happened to be at a business forum in Bangkok, where Grab co-founder Anthony Tan was speaking.

Later that evening, cocktail-party chatter centered on what, oh what, Masayoshi Son was thinking. "What in the world? Doesn't Son realize he can't win against Uber and Silicon Valley?" Or so went the whispers.

Backed by SoftBank's deep pockets, Grab on Monday acquired Uber's Southeast Asian business in exchange for a 27.5% stake. For the once-proud Uber, it was but the latest retreat from a key market. First China, then Russia, now Southeast Asia. India could easily be next as local rival Ola wages a price war, though Uber insists it is staying. SoftBank, by the way, owns more than 30% of Ola, another prescient deal for Son's $93 billion Vision Fund -- a name that seems more apt with each passing month.

Along with Grab and Ola, Son has a piece of China's Didi Chuxing and, of course, a commanding $9 billion stake in Uber. While Uber may be driving away from Southeast Asia, its sizable interest in Grab will pay hefty dividends for shareholders -- including SoftBank. Son is proving that it may be better to own slices of multiple future monopolies than all of one. Call it tech arbitrage.

Yet Son is also proving something bigger, and rather paradoxical: that a man from a nation lacking a vibrant startup scene could reinvent the global venture capital game. If 2017 was the year SoftBank sent VC circles in a whirl, 2018 may be the year its seemingly scattershot approach to investing begins hitting targets.

Let's hope it is also the year Son inspires the rest of Japan Inc. to tap into its inner crazy. When you consider Prime Minister Shinzo Abe's failure to, in his own words "rekindle Japan's animal spirits," Son is Exhibit A of how to do it better.

Son has zero use for the groupthink that still immobilizes Japan's innovative energy, so feared in the 1980s by then-businessman Donald Trump and his ilk. SoftBank's chieftain has created jobs and wealth at a moment when most peers hope the Bank of Japan will help them make modest improvements in their quarterly numbers. By plotting the nation's biggest initial public offering in 20 years, Son is reminding the world Japan Inc. has not surrendered to China.

The point is not that Japan's tech titans spray cash indiscriminately around the globe, as they did in the 80s. Only time will tell if Son's bets on everything from chip makers to satellite makers, robots and indoor farms are driven more by vanity than sage strategy.

The common thread with Son's best investments from Jack Ma's Alibaba in 2000 to Tan's Grab is gut feelings and personal relationships. Those ties enabled Son to tap Apple, Foxconn, Qualcomm, Sharp and Saudi Arabia's sovereign wealth fund to finance the Vision Fund. In Bangkok on that day in December 2014, Tan told me how Son had him sit on the same Tokyo sofa Ma did 14 years earlier while pitching his e-commerce dream.

Son followed his gut, right through to watching Grab drive Uber out of the region. It is a significant step toward Son's desire to hold sizable stakes in virtually all ride-sharing leaders around the globe. Not only did SoftBank acquire its Uber stake at a healthy discount, but it also wields great influence over the decisions of Uber and competitors. It is no mystery that Son wanted Uber to focus on core western markets.

By getting Uber to withdraw before any more bloodletting, Son paved the way for Grab to be an early victor in a winner-take-all sector. Son wins, too, from Uber Chief Executive Dara Khosrowshahi now having a clearer path to an IPO next year.

Of course, Grab's victory is significant in its own right. Tan and co-founder Tan Hooi Ling demonstrated the failure of Uber's "barge in" model, one that bet scale and a flashy app would trump local-market preferences. Launched in 2012, Grab offered more flexible payment options, including cash, and added motorbikes to the services list. It catered to local safety concerns, including masking phone numbers from drivers, and offered automated translation services. It worked with established taxi operators, not against them.

Grab also is the homegrown success story Southeast Asia needed at a pivotal moment. Grab acquiring Uber's regional businesses, including its food delivery operation, proves local entrepreneurs can beat Silicon Valley at its own game. That makes Southeast Asia a startup market to watch and could catalyze the region's rather tame VC scene.

Son's Vision Fund, of course, has been happy to pick up stakes in Southeast Asia as well as India, Europe and the U.S.

Yet Son's bets on a bewildering array of tech names get at another paradox: why Son is risking so little at home. Investors tend to debate whether Son is Japan's answer to Warren Buffett or a reckless dealmaker courting eventual ruin. What deserves more attention is how little capital Son puts to work in his native Japan. Some nibbles last year -- one on the One Tap Buy smartphone app -- but virtually all SoftBank deals are beyond Japan's shores.

Demographics offers one explanation. Japan's rapidly-aging and shrinking population are only increasing incentives for visionaries like Son to tap growing markets abroad. It's no coincidence that Japan's second-richest man, Fast Retailing's Tadashi Yanai, is making a fortune opening new Uniqlo stores around the world.

Yet Son's relative lack of interest is a vote of no-confidence in Abe's five-plus-year effort to revive Japan's animal spirits. Abenomics is years behind schedule in making its easier to start businesses, incentivizing disruptors via tax tweaks, catalyzing a venture capital boom, encouraging risk-taking or modernizing education and training. Rather than wait for Nagatacho, Japan's Capitol Hill, to act, Son is making is own future -- overseas.

Son could always try his hand at launching another Vision Fund, a purely domestic one. Would other Japan Inc. icons lend a hand? The odds might be low, sadly, considering the Japan Business Federation, or Keidanren, recently replaced a 74-year-old president with a 72-year-old. Not the best optics at a moment when Tokyo hopes to sell a "new Japan" narrative. Proof this narrative has legs will come when more of Japan's young crazies grab a spot on Son's sofa.