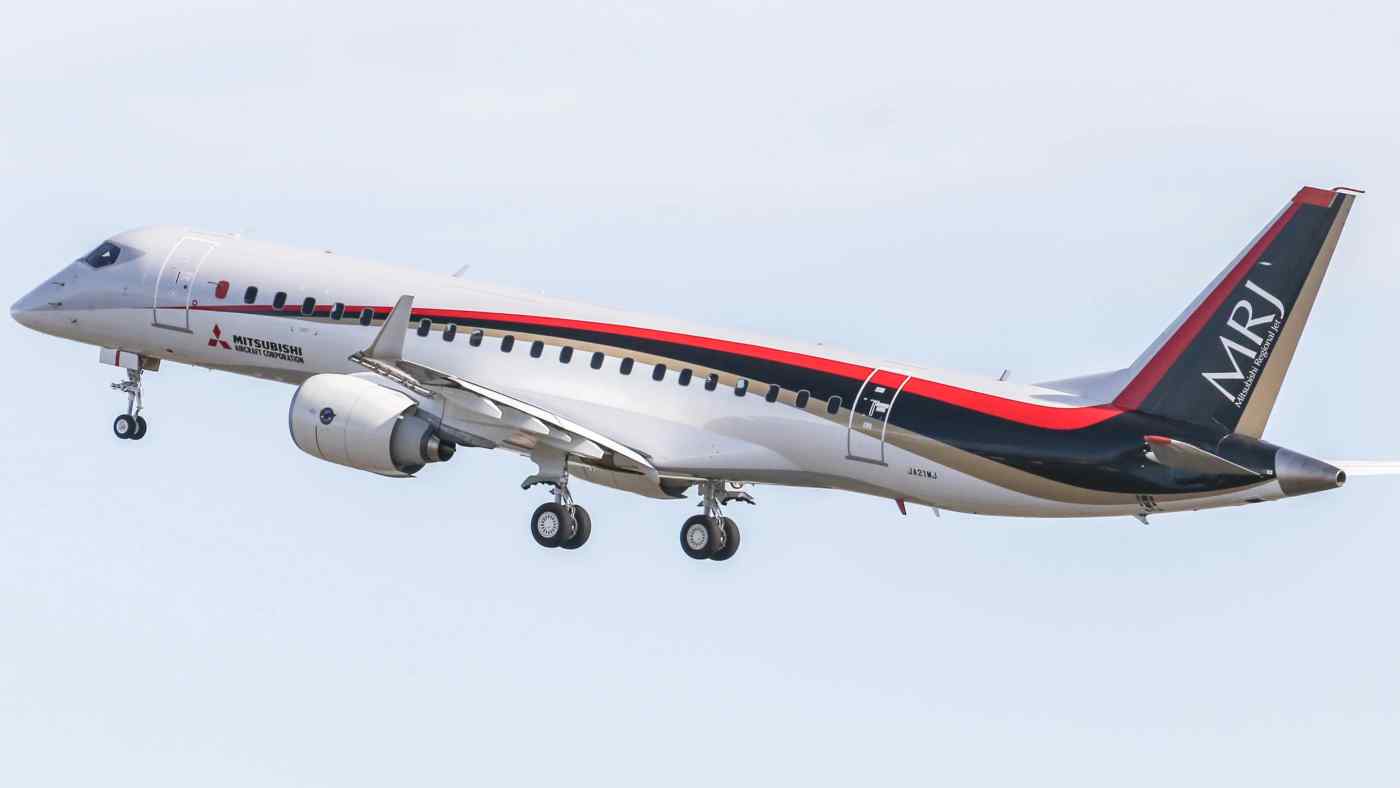 NAGOYA/TOKYO -- An attempt by Mitsubishi Heavy Industries to buy only the aircraft maintenance network of Bombardier's CRJ regional jet program has been rebuffed by the Canadian company, which wants to sell both the loss-making production lines as well as the more lucrative services operation.

Bombardier has told MHI it will not allow "cherry-picking," said a person with knowledge of the situation on Friday. Another person familiar with the talks said the Canadian company was insisting on selling the unit as a whole, rather than breaking it up.

The two companies are in advanced discussions about a possible sale of the CRJ, the last of Bombardier's fully owned commercial jet programs. Although the CRJ program is loss-making a deal could still be worth several hundreds of millions of dollars. Both sides say there is no guarantee of agreement.

But MHI is hoping to acquire the CRJ program in a bid to help it overcome challenges with its own long-stalled Mitsubishi Regional Jet project, Japan's first homegrown passenger aircraft. Mitsubishi has so far postponed deliveries five times -- from 2013 to mid-2020 -- and incurred costs of more than 600 billion yen ($5.5 billion).

MHI's biggest interest lies in CRJ's maintenance and repair operations, which will be critical if Mitsubishi wants to win orders for its passenger jets. The company is planning to release two types of regional jets, one seating 90 passengers and another seating about 70. Mitsubishi is going to formally unveil the smaller version -- which is set to be the company's core model -- at the Paris Air Show later this month. Whether it can win any purchase commitments from airlines will depend in part on its ability to provide seamless maintenance support for customers, most of whom are likely to be in North America.

"Supporting an aircraft throughout its life is a very significant piece of the revenue," said Alex Bellamy, chief development officer of Mitsubishi Aircraft, the subsidiary overseeing the project. He estimated that 20-30% of regional jet program revenues would come from providing maintenance services.

Mitsubishi Heavy has partnered with U.S.-based Boeing to provide customer support for the MRJ, but it is keen to have its own in-house customer service capabilities.

A sale of the CRJ, which seats 50 to 100 passengers, would mark Bombardier's exit from commercial aircraft after more than 30 years. It follows the sale last year of a majority stake in its troubled, 100-150 seater C Series program to European aircraft maker Airbus. Mitsubishi Aircraft Corporation CEO Hisakazu Mizutani speaks during a press conference in Nagoya on May 6. (Photo by Koji Uema)

Along with Brazil's Embraer, Bombardier is a key player in the world's small and mid-size passenger aircraft market, with a 30% to 40% share of global demand for regional jets. About 1,300 CRJ aircraft are currently in operation across the world.

The anticipated exit of Bombardier from regional aircraft is good news for Mitsubishi, which is facing growing uncertainty about its future as carriers cancel orders due to the delays.

Bellamy said the program was now on track to finally deliver. "We know that the development at MRJ has been slower than we wanted, but this now really is the turning point between the history and the future of us being able to capture significant global demand," Bellamy emphasized.

"With the market as it is growing today, with a competitor moving out and (another) competitor focusing on other things, Mitsubishi Aircraft Corporation is really well positioned -- probably the best positioned in our history -- to go and capture the regional aircraft business," he said in a briefing on the program.

Aircraft testing was progressing and is expected to complete next year, Mitsubishi said. But the 90-seater aircraft is unlikely to find buyers in the U.S. because it exceeds the 76 seat limit for regional aircraft agreed between airlines and pilot unions. Mitsubishi aims to release a smaller 70-seat model in the Paris Air show later this month.

Mitsubishi Aircraft President Hisakazu Mizutani also raised the prospect that the MRJ could eventually be produced in the U.S., the world's biggest regional jet market. U.S. production was "a possibility in the future" if there was more demand than the company could meet in Japan. Mizutani noted that the company could miss opportunities if it had to wait for the Japanese to build sufficient skills to produce the aircraft, he said.