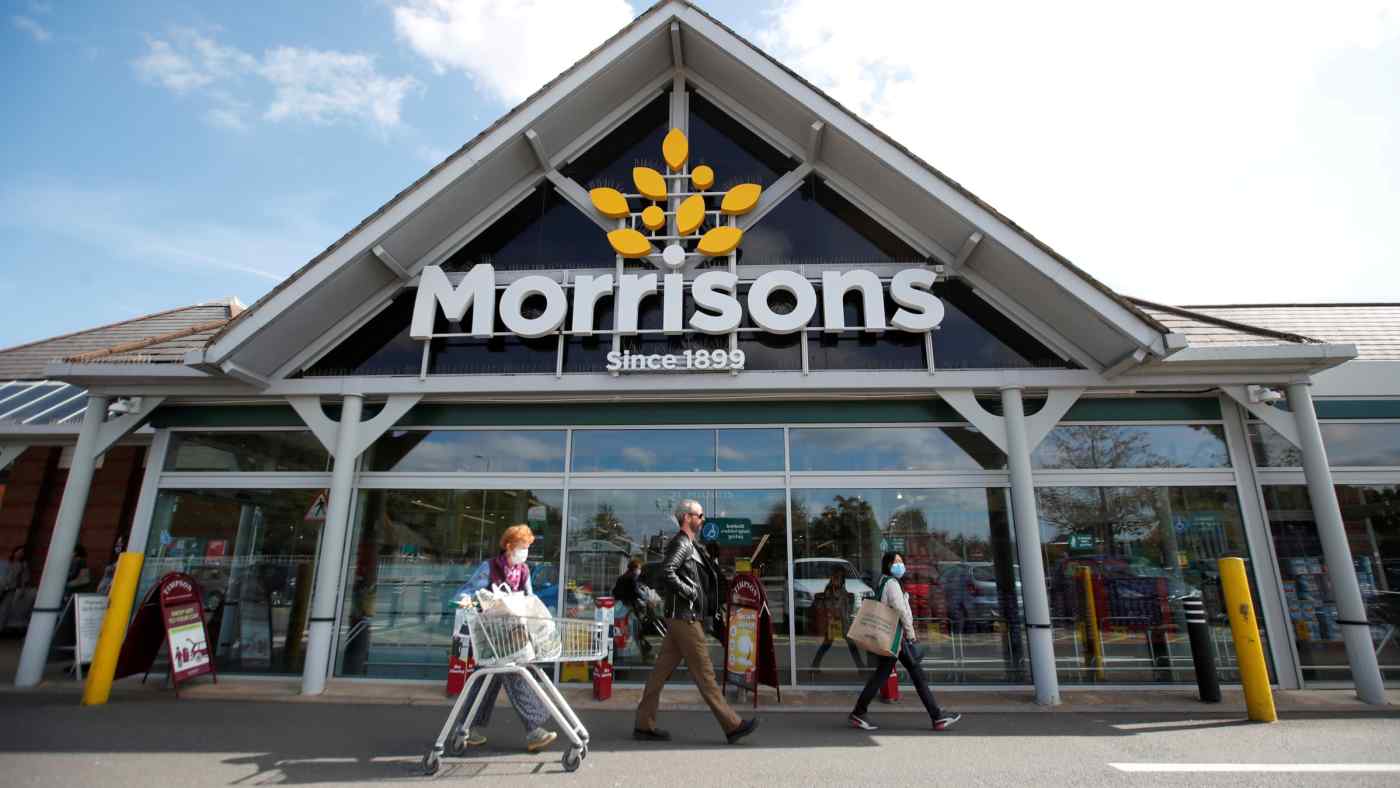 The offer from Fortress, along with Canada Pension Plan Investment Board and Koch Real Estate Investments, exceeds a 5.52 billion pound unsolicited proposal from Clayton, Dubilier & Rice (CD&R), which Morrisons rejected on June 19.

However, it was less than the 6.5 billion pounds asked for by top 10 Morrisons investor JO Hambro last week.

Shareholders will get to vote on the Fortress offer, which gives the supermarket chain an enterprise value of 9.5 billion pounds once its net debt of 3.2 billion is taken into account.

Under British takeover rules CD&R has until July 17 to come back with a firm offer. CD&R declined to comment.

Analysts have also speculated that other private equity groups and Amazon, which has a partnership deal with Morrisons, could enter the fray in a potential bidding war.

The Fortress deal underlines the growing appetite from private funds for British supermarket chains, which are seen as attractive because of their cash generation and freehold assets.

"We have looked very carefully at Fortress' approach, their plans for the business and their overall suitability as an owner of a unique British food-maker and shopkeeper with over 110,000 colleagues and an important role in British food production and farming," said Morrisons Chairman Andrew Higginson.

"It's clear to us that Fortress has a full understanding and appreciation of the fundamental character of Morrisons."

Fortress, an independently-operated subsidiary of Japan's SoftBank Group Corp, is a global investment manager with about $53 billion in assets under management as of March. It purchased British wine seller Majestic Wine in 2019.

"We are committed to being good stewards of Morrisons to best serve its stakeholder groups, and the wider British public, for the long term," said managing partner Joshua A. Pack.

But Britain's opposition Labour Party called for close scrutiny from the government.

"Ministers must urgently work with Morrisons and the consortium to ensure that crucial commitments to protect the workforce and the pension scheme are legally binding, and met," said Labour's spokeswoman on business Seema Malhotra.

Under the terms of the deal, which Morrisons' board is recommending to shareholders, investors would receive 254 pence a share - 252 pence in cash and a 2 pence special cash dividend. CD&R's proposal was 230 pence a share.

Morrisons started out as an egg and butter merchant in 1899. It now only trails UK market leader Tesco, Sainsbury's and Asda in annual sales.

Morrisons owns 85% of its nearly 500 stores and has 19 mostly freehold manufacturing sites. It is unique among British supermarkets in making over half of the fresh food it sells.

It said the Fortress offer represented a premium of 42% to its closing share price of 178 pence on June 18 - the day before CD&R's proposal. The stock closed at 243 pence on Friday.

Morrisons said an initial unsolicited proposal was received from Fortress on May 4 at 220 pence a share. This offer was not made public. Fortress then made four subsequent proposals before it offered a total value of 254 a share on June 5.

The bids for Morrisons follow February's purchase by Zuber and Mohsin Issa and private equity firm TDR Capital of a majority stake in Asda from Walmart. The deal valued Asda at 6.8 billion pounds.

That transaction followed Sainsbury's failure to take over Asda after an agreed deal was blocked by Britain's competition regulator in 2019.