Siemens and Hitachi withdraw from contest for $7bn project 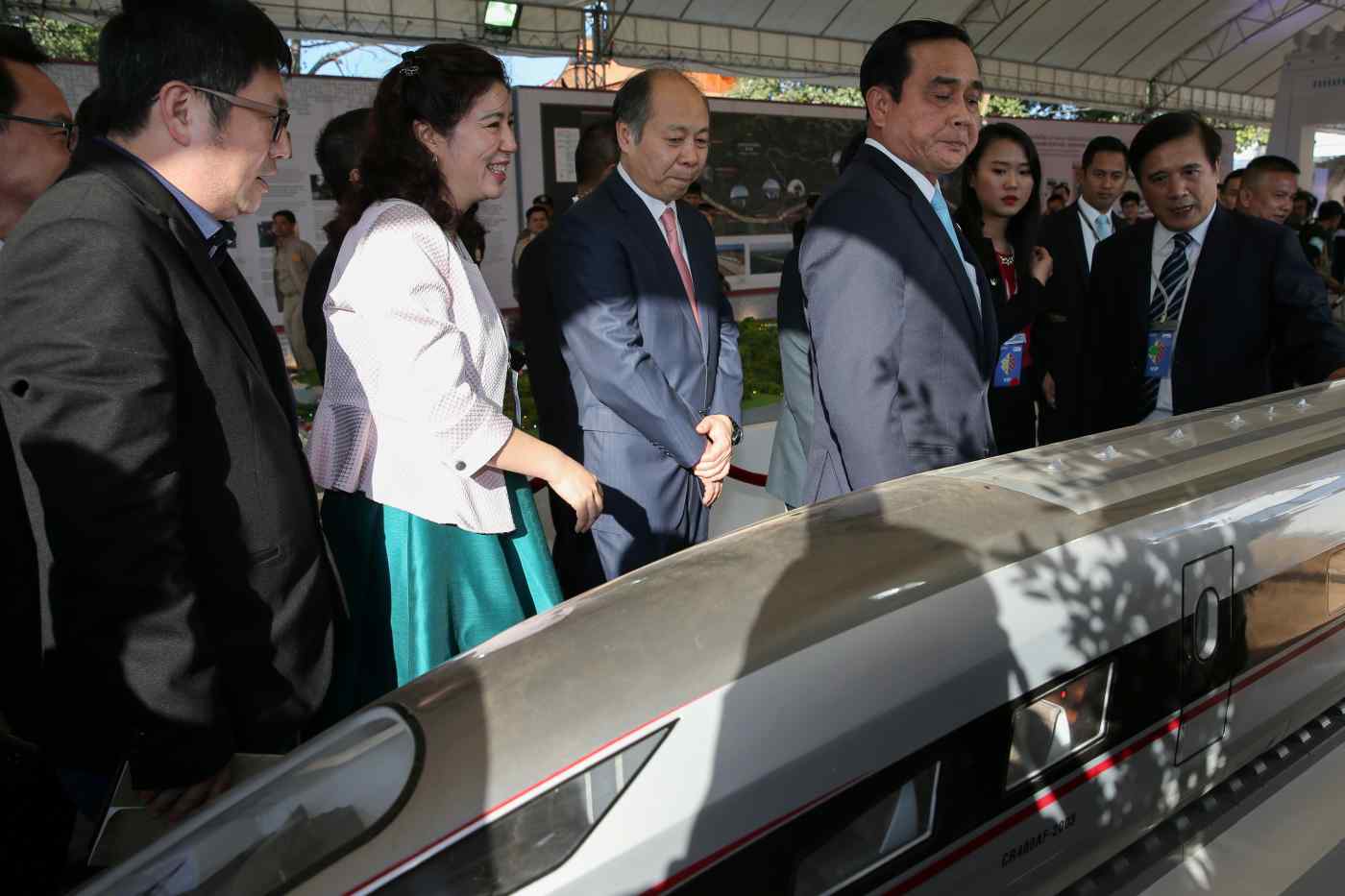 BANGKOK -- China Railway Construction will join a consortium led by Charoen Pokphand Group to bid for the construction of Thailand's $7 billion high-speed railway project that will link three major airports.

Among this consortium's competitors will be BSR Joint Venture, which consists of BTS Group Holdings, Sino-Thai Engineering & Construction and Ratchaburi Electricity Generating Holding.

"[These] two groups of companies are among the 31 Thai and foreign companies have expressed their interest to join the bidding since early this year," said Worawut on Monday, adding that CRCC turned out to be the only foreign bidder.

The 220 km route will connect Suvarnabhumi, Don Mueang and U-Tapao airports, the first major infrastructure project to be built in the special economic zone known as the Eastern Economic Corridor on the eastern coast. The rail project, estimated to cost 225 billion baht ($7.07 billion), will shorten the travel time between Bangkok and the corridor, which covers the three eastern provinces of Chonburi, Rayong and Chachoengsao.

Worawut said State Railway of Thailand, which is overseeing the project, would take two months to consider the bids and announce the winner by June 28 or 29. Construction would be expected to start immediately.

The high-speed rail project is one of five projects the government has prioritized to support new investment in the EEC, a major undertaking that Bangkok has been keen to push.

Other big projects in the corridor include the expansion of the ports of Laem Chabang and Map Thaput, developing U-Tapao airport and building maintenance facilities near the airport through a joint venture between Airbus and Thai Airways International. All five projects will be financed by a mix of public and private investment.

Thailand's National Legislative Assembly approved rules in February to place the zone under civilian law, a move aimed at reassuring foreign investors that the economic zone will still be developed even if the junta led by Prime Minister Prayuth Chan-ocha is replaced in elections expected by May.