China and Japan set to reshape shipping in Myanmar

Port and rail plans pick up steam along key corridors 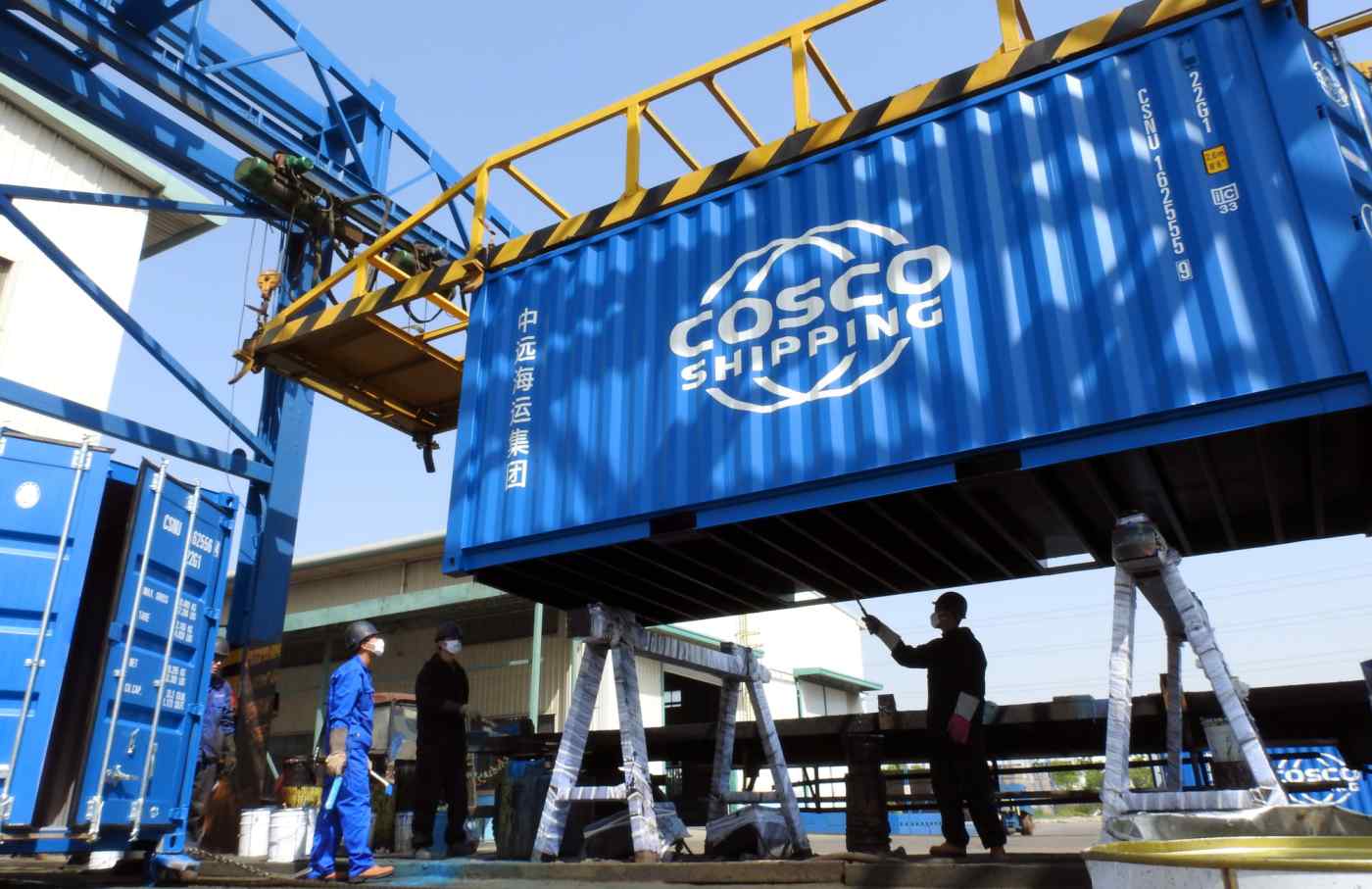 NAYPYITAW -- China and Japan are forging ahead with independent plans to improve Myanmar's transportation infrastructure, with projects that have the potential to alter the flow of people and goods in the region.

Beijing on Thursday inked a long-awaited deal to build a deep-water port in the town of Kyaukpyu on the Indian Ocean. The port will be a crucial piece of the China-Myanmar economic corridor, which would connect Kyaukpyu and the Chinese border via rail and highways.

Once completed, the corridor will give inland China direct access to the Indian Ocean, and be a symbol of President Xi Jinping's signature Belt and Road Initiative. Already, pipelines are running from Kyaukpyu to inland China, transporting oil and gas.

Importantly, this route bypasses the Strait of Malacca, a potential choke point that the majority of China's crude oil imports travel through. Having an alternative route to deliver energy and goods to China reduces risks and costs.

Meanwhile, Tokyo is set to upgrade a rail route linking Yangon, the country's largest city, with Mandalay, its second biggest.

Work will begin next week to upgrade the 620 km of rail linking the two cities. The improvements to the north-south route will halve the travel time to seven hours from 15, speeding up the flow of goods and people. 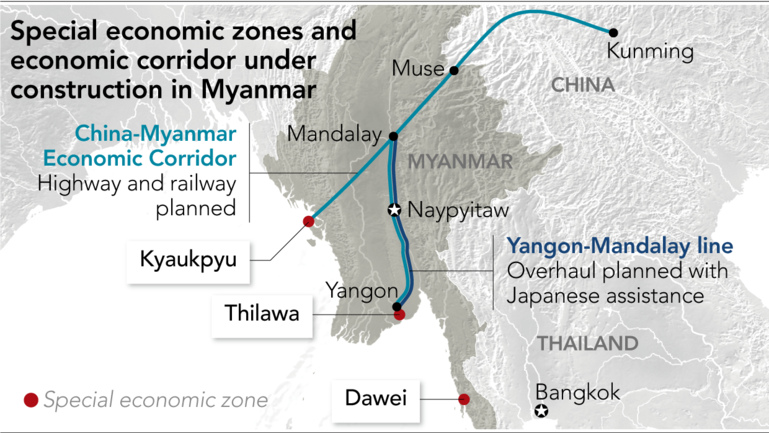 After years of military rule, Myanmar made the transition to democracy with elections in 2015, and with it has shifted from a centrally directed economy to a market-oriented one. The World Bank estimates the country's growth to average 6.9% over the next three years, making it one of the world's fastest-growing economies.

Yet, the country has drawn broad international condemnation for its treatment of the Rohingya Muslim minority. Both China and Japan have broken away from the West on this front by continuing assistance.

"The Kyaukpyu port project will lower logistics costs and contribute to the sustainable development of not only China and Myanmar, but the region as a whole," Deputy Planning and Finance Minister Set Aung said in Naypyitaw, the country's modern capital, on Thursday.

Set Aung, who chairs the Kyaukpyu Special Economic Zone's management committee, signed a basic agreement with Chang Zhenming, chairman of Chinese conglomerate Citic Group, to begin work on the port. The deep-water port will be able to accommodate large ships that the existing facilities cannot.

The China-Myanmar economic corridor, first agreed to at a summit last December and formalized in a deal signed in September, would connect Kyaukpyu and the Chinese border via rail and highways along an east-west route passing through Mandalay. Another leg would run to Yangon, where China plans to support a major redevelopment project.

The first phase, to be handled by a Citic-led consortium, entails building a two-ship terminal at a cost of $1.3 billion. The Chinese consortium will own 70% of the port, with the rest held by the Myanmar side.

After watching pro-Beijing governments supportive of the Belt and Road Initiative suffer electoral defeats in recent months, China has been fine-tuning its strategy. The Kyaukpyu project, awarded to the consortium in 2015, previously carried a roughly $7.2 billion price tag. China agreed to scale it back in response to Myanmar's concerns that too much borrowing could leave the country mired in a debt trap. Meanwhile, Japan's strong support for Myanmar, amid growing international criticism over the Rohingya issue, comes out of concern that isolation will only drive Naypyitaw back into Beijing's arms, as when Myanmar was under military rule.

These plans center on urban development in Yangon along with shipping and electricity infrastructure, including the roughly 260 billion yen Mandalay-Yangon rail modernization project.

Japan also looks to improve infrastructure on the river route connecting the two cities. The Japan International Cooperation Agency signed a deal last month to provide 6 billion yen in grants for upgrades to the port at Mandalay, including a new pier and cranes to handle freight. Japan previously supported construction of industrial parks in the Thilawa special economic zone outside Yangon.