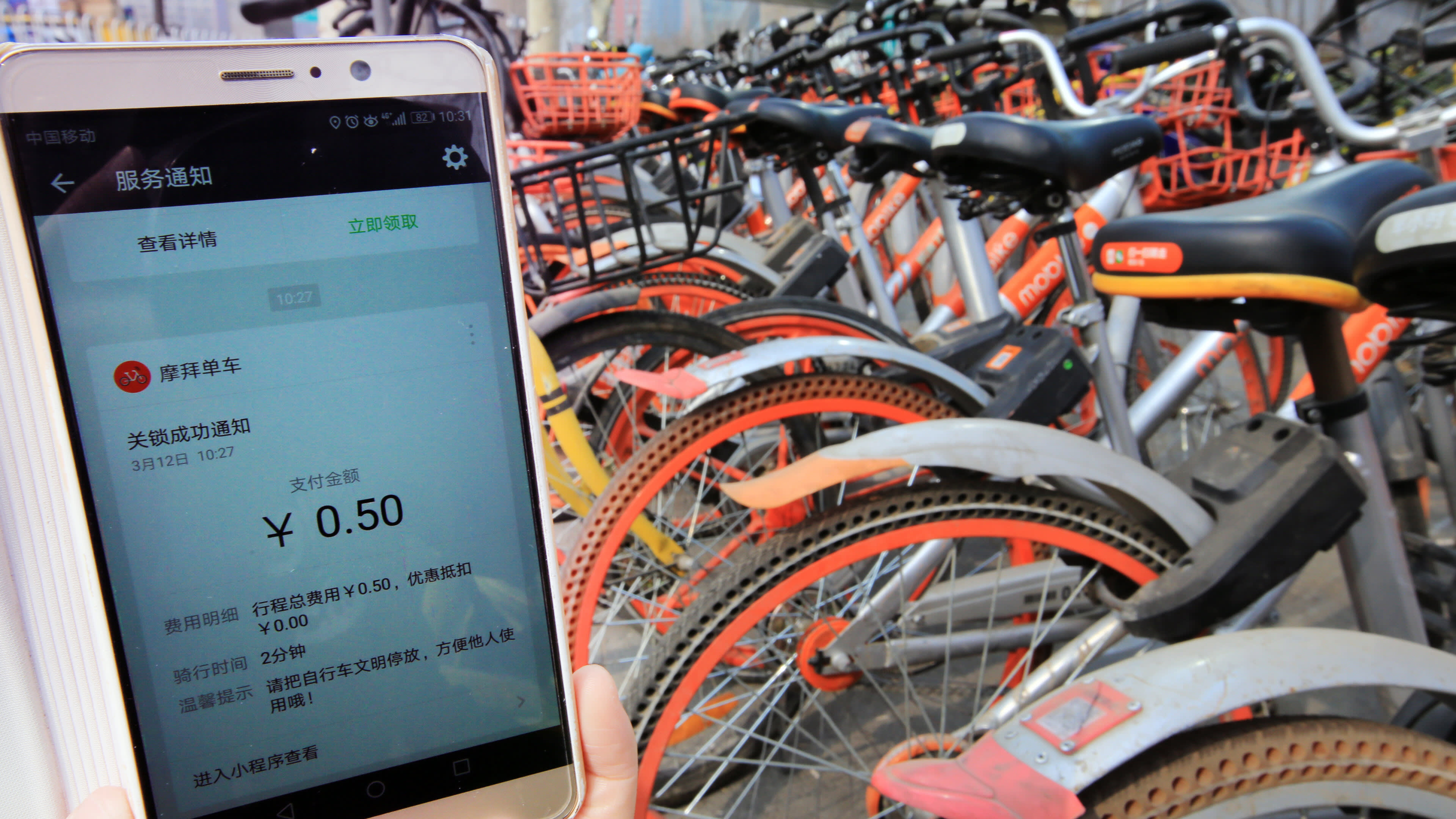 Chinese on-demand booking platform Meituan Dianping on Wednesday said it has agreed to buy all of bike-sharing startup Mobike in a deal that will combine two ventures backed by technology conglomerate Tencent Holdings.

Meituan did not disclose the value of the acquisition but various media outlets reported it is about $2.7 billion.

The move highlights an intensifying turf war between Tencent and rival Alibaba Group Holding in the on-demand services market. It comes just days after Alibaba announced it would buy all shares it does not already own in Ele.me, Meituan's main competitor in the food delivery business. Alibaba is also an investor in Mobike rival Ofo.

"Mobike is one of the very few genuine China original brands," Meituan chief executive Wang Xing said. "They are not only the pioneers of the intelligent bike-sharing service, but also successfully exported this Chinese-style innovation overseas."

Mobike, established in 2015, has fueled the rapid growth of China's bike-sharing market and recently began expanding abroad, including in Singapore and Japan.

Mobike chief executive Wang Xiaofeng said the two companies "will continue to create an experience that make our users happy."

Mobike will maintain its brand and operational independence, the two companies said, although Wang Xing will join the bike-sharing company as chairman.

Meituan was launched in 2010 as a site that sold discount vouchers. It has evolved into an on-demand platform for meal deliveries, hotel bookings, movie reservations and more. In October, it announced a $4 billion funding round from Tencent and Booking Holdings, formerly Priceline, among other investors. The acquisition of Mobike will add a popular transportation service to its suite of offerings.

While the two companies are privately held, both are believed to be making losses amid stiff competition for market share.