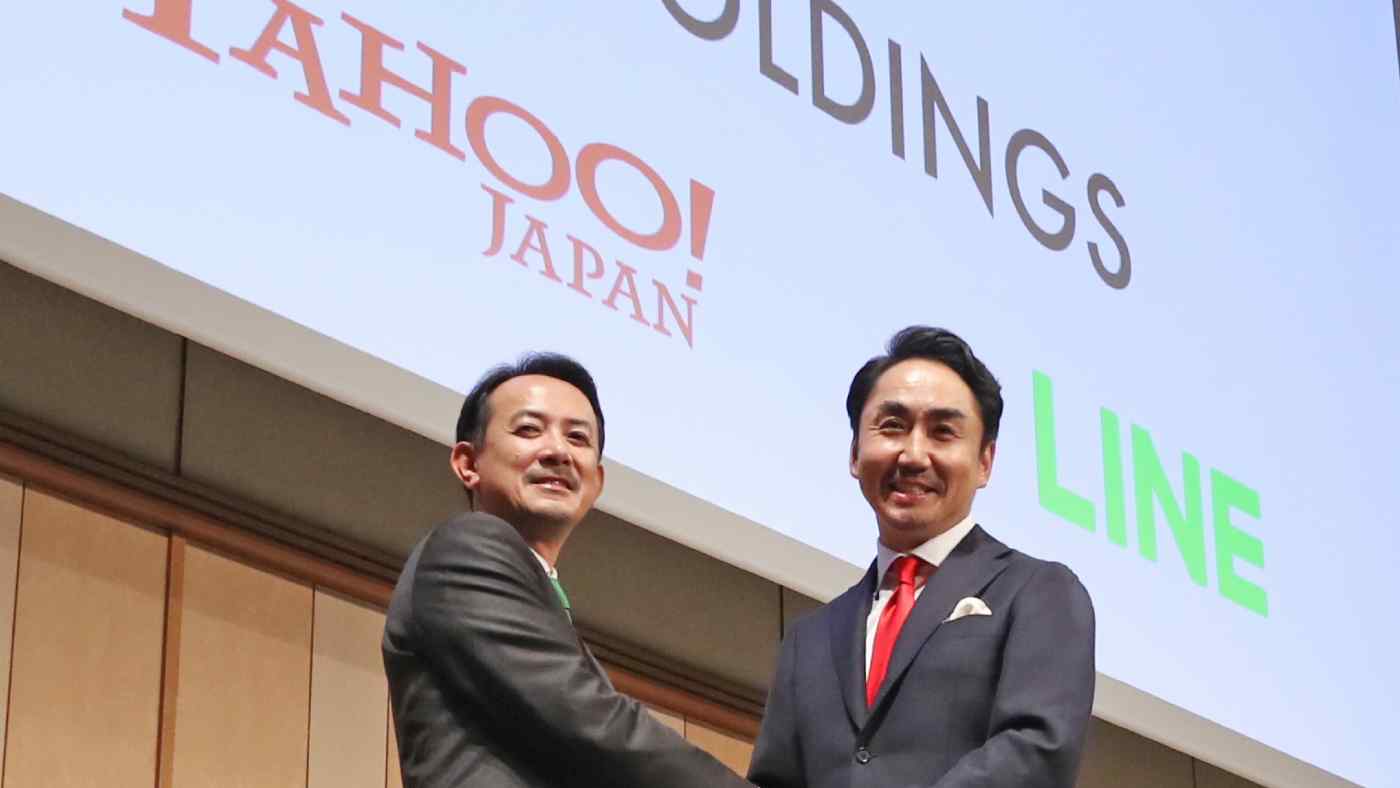 TOKYO -- The merger of Z Holdings, parent of Yahoo Japan, and messaging app Line has stalled, the companies announced on Tuesday, citing regulatory delays caused by the pandemic.

"Due in part to the impact of the global spread of COVID-19, the procedures and measures under the competition laws of some of the countries have not been completed," said Z Holdings -- a SoftBank Group member -- and Line in a news release.

SoftBank, which owns 45% of Z Holdings, and South Korea's Naver, which owns 73% of Line, announced in November their integration that would form a new venture, in which SoftBank and Naver would each own 50%.

The merger is partly an attempt to protect the Japanese market and its consumer data from global tech giants such as U.S.-based Google, Amazon, Facebook and Apple, as well as from China's Alibaba. The South Korean market, on the other hand, is still dominated by Naver, which controls 80%.

The deal would create a platform combining financial services, e-commerce and messaging with more than 100 million users, forming a more credible competitor to American and Chinese internet giants, and that could gain a foothold in Southeast Asia's growing internet-based consumer market.

Antitrust authorities in Japan, South Korea and other countries are proceeding with the approval process, but have been hindered by the pandemic.

Although unable to divulge details, the companies said in the release that they would continue to "make their utmost efforts" to create "the AI tech company that leads the world from Japan and Asia" as early as possible. A revised schedule for implementing the merger is forthcoming, the statement said.