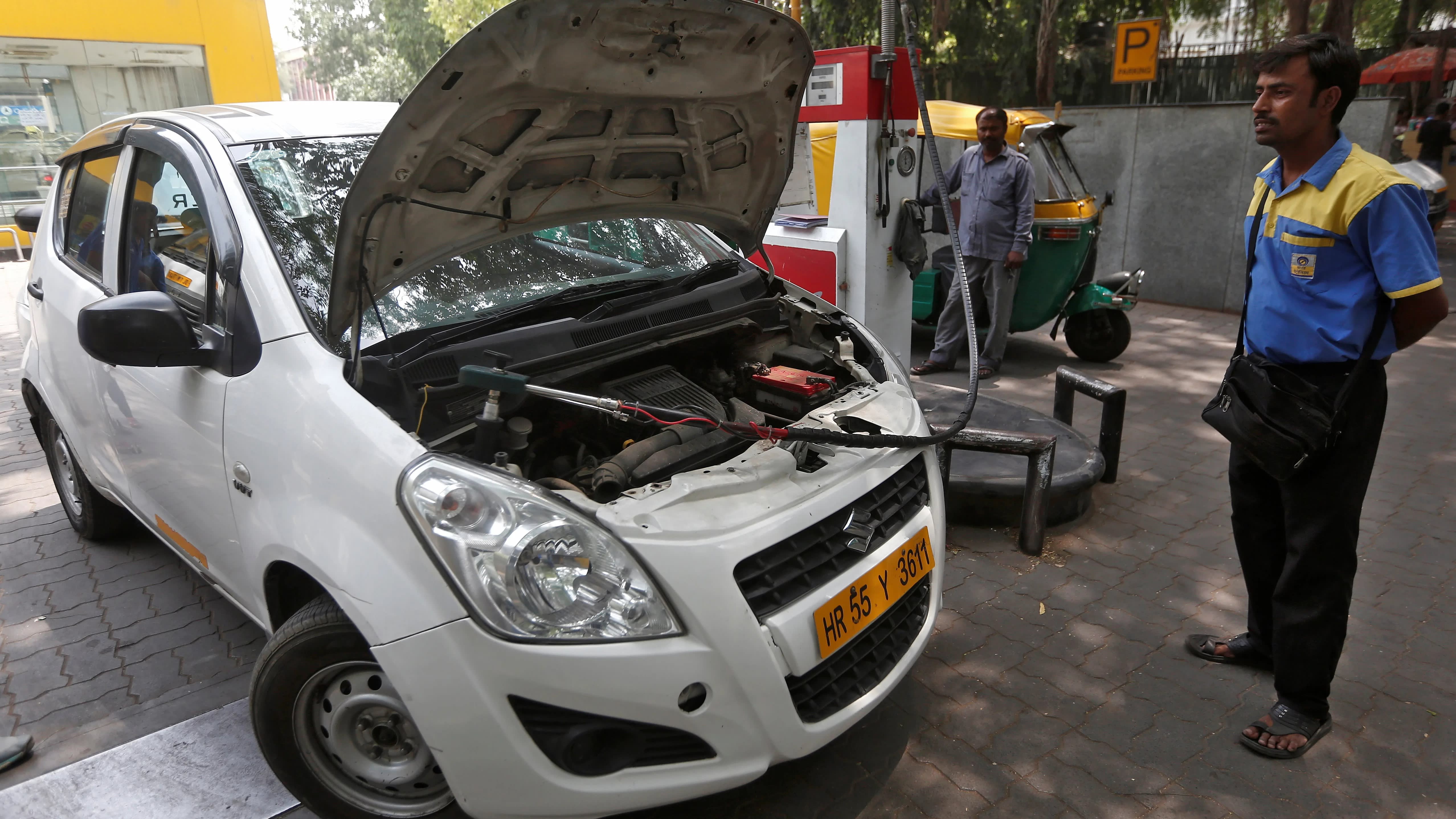 A gas station attendant stands next to a car as he fills it with compressed natural gas in New Delhi.   © Reuters
MARS W. MOSQUEDA JR., DealStreetAsiaNovember 1, 2019 00:10 JST | India
CopyCopied

The proceeds of the loan will be used by Ess Kay to buy and convert gasoline or diesel cars into compressed natural gas vehicles, FMO said in its investment proposal.

Founded in 1994 by Rajendra Setia, Ess Kay Fincorp provides vehicle finance and SME finance in rural and semiurban India. It also helps in the purchase of used commercial vehicles, tractors, cars and two-wheelers, as well as providing business loans to small and medium-size enterprises.

The company currently has a network of 250 branches spread across the states of Rajasthan, Gujarat, Punjab, Haryana, Madhya Pradesh, and Maharashtra, according to its website.

The proposed deal, FMO said, is aligned with its strategic priorities in India: green lines and strong innovative nonbanking financial companies that are working to reduce inequality.

"Pollution is a severe problem in Indian cities. By contributing to the growth of Ess Kay's CNG portfolio, we are promoting cleaner technologies and help[ing] to improve the air quality," the Dutch lender said.

Additionally, FMO noted that Ess Kay targets first-time borrowers and entrepreneurs setting up a business, which is aligned with the Dutch lender's mission to reach underserved microentrepreneurs and encourage the progression from the informal to the formal sector to build up a credit history.

The proposed loan comes as FMO expects its investment in India to hit 1 billion euros ($1.1 billion) in the next four years, according to a Mint report. India is FMO's biggest investment destination.

Its recent deals in India include an $18.2 million investment in financial services company Aye Finance and an $85.7 million funding in InCred, an NBFC founded by former Deutsche Bank senior executive Bhupinder Singh.

It has also proposed an $8.3 million investment in Sahyadri Farmers Producer, a farmer organization with 7,000 members, and another $15 million in the latest fund of India-based venture capital and private equity company BanyanTree.

Founded in 1970, FMO manages a portfolio worth 9.7 billion euros spanning more than 85 countries, of which 2.5 billion euros is invested in the Asia region. FMO's average ticket size for investment is 15 million euros, and it invests across equity and debt.