Microsoft joins in as key strategic and technology partner 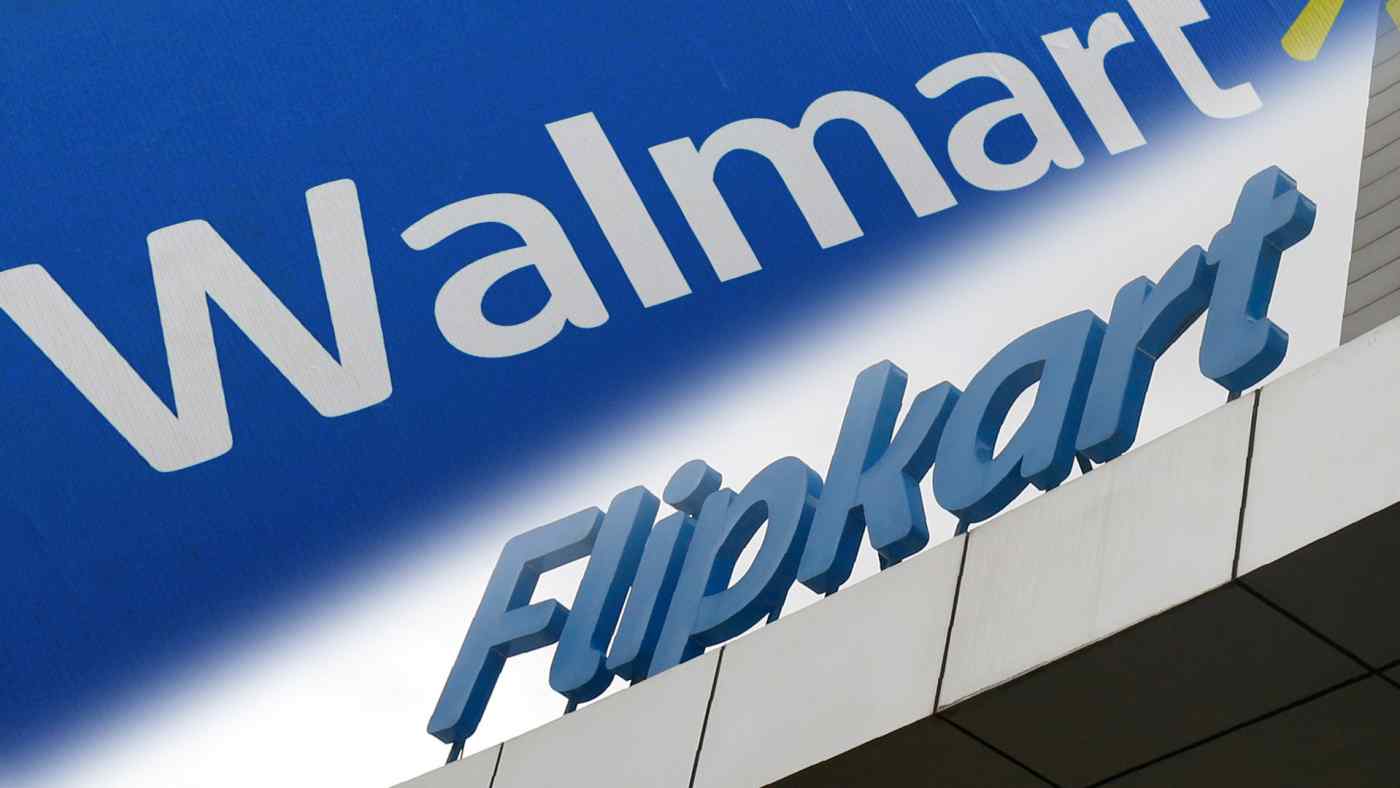 MUMBAI -- U.S. retail giant Walmart on Wednesday said it will buy a 77% stake in India's largest e-commerce company Flipkart for $16 billion, in the biggest acquisition in local corporate history.

As part of the deal, Walmart will invest $2 billion in fresh capital into Flipkart and acquire the rest of the stake from existing investors. The deal values the whole company at $20.8 billion. Microsoft will join in as a key strategic and technology partner, Walmart said in a statment.

The deal is the largest in India, after Russian Rosneft's $12.9 billion buyout of Essar Oil and is expected to put Walmart in a much better position to battle Amazon.

Co-founder and Group CEO Sachin Bansal will exit the firm he set up with Binny in 2007 as an online bookstore, after selling his 5% stake. Binny will stay on as group chairman and CEO. Flipkart Group, registered in Bangalore and Singapore, has had a good run since its entry and captured about 39.5% of the e-commerce market on a standalone basis, while Amazon India controlled around 31.5% in 2017, according to a Forrester Research report.

The Bansals feature in the TIME list of 100 most influential people. To fuel its expansion and growth, the company acquired local players such as Myntra, Jabong, and PhonePe but was struggling to grow further until receiving huge cash injections last year from SoftBank and Tencent Holdings.

Tokyo-based SoftBank Group, the largest shareholder in Flipkart, will receive $4.5 billion for the entire 20.8% stake it holds after agreeing to sell down on Tuesday night. That marks a huge margin over the $2.5 billion investment it made just last year.

SoftBank Chairman and CEO Masayoshi Son said in a media conference on Wednesday: "It is a very big gain for the Vision Fund," referring to a fund set up by the group to invest in innovative technology companies.

Media group Naspers of South Africa, U.S.-based funds Tiger Global Management, Accel Partners and the Bansal founders together own up to 55% of Flipkart.

Walmart and Flipkart are building a war chest to fight Amazon in a country whose e-commerce market has the potential to reach $200 billion by 2026 from $38.5 billion in 2017, according to the India Brand Equity Foundation, growth fostered by internet and smartphone penetration.

The Walmart deal offers many operational benefits for Flipkart as much as it will be valuable for the American company, which has sought to enter India's online retail space for a few years now and to bring its global fight against Amazon to India.

Walmart has been struggling to expand in India because of tight regulatory norms around foreign direct investments in multi-brand retail. The Flipkart deal would mean a seamless entry into the online space and allows Walmart to use Flipkart's platform to expand.

"With specialization in the retail operation, warehousing, and supply chain, Walmart will be bringing in its expertise for a player like Flipkart to chalk out its multi-channel strategy in future," said Pavel Naiya, senior analyst at Counterpoint Research.

"The Indian economy is in the stage of digital spring season where many players are land-grabbing before the big harvest," he said. "In the short run, more mergers, acquisitions and entry of new players is likely to happen in India. In the long run, there will likely be two to three major players dominating the e-commerce ecosystem with the co-existence of small and medium regional players servicing niche audiences."