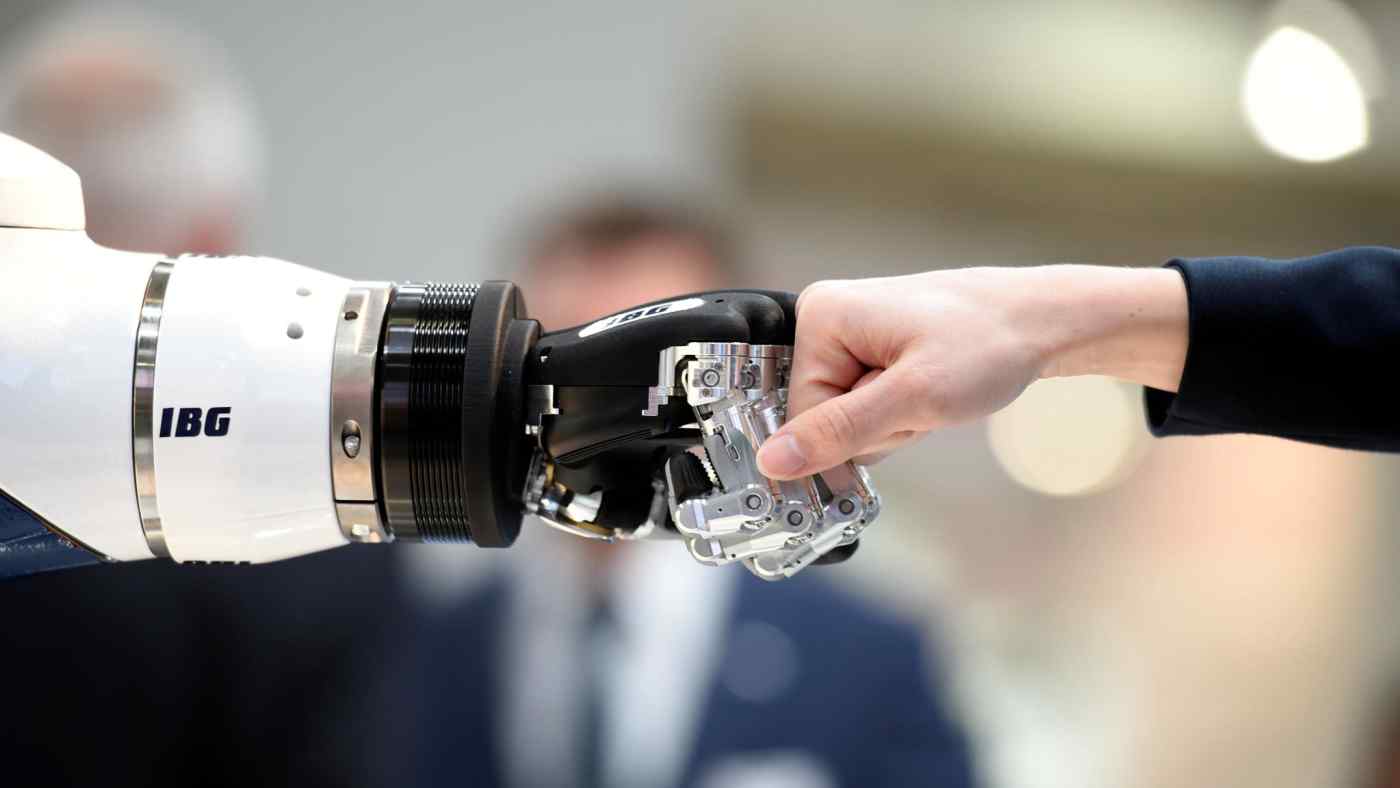 PARIS -- Germany and France, concerned about losing vital technology, are looking to strengthen government vetting of acquisitions by foreigners as China shifts the focus of its investment from the U.S. to Europe.

But besides the challenge of convincing skeptical fellow European Union members to back similar EU-wide rules, Berlin and Paris also face the need to square these positions with their efforts to contrast the bloc as an open economy against U.S. President Donald Trump's protectionist policies.

The German government is considering a proposal that would let it block deals for as little as 15% of voting rights in a domestic company, down from the current threshold of 25%, Economic Affairs Minister Peter Altmaier told the Die Welt newspaper in August.

A related proposal would more sharply define the sectors where the government has a veto over deals, including encryption, aviation and cloud computing. The current categories are more general and include defense- and information security-related businesses.

Chinese direct investment in Europe totaled $12 billion in the first six months of 2018, an increase of 4% on the year when ChemChina's roughly $43 billion deal for agrochemical maker Syngenta in 2017 is excluded, according to a report from the law firm Baker McKenzie.

In sharp contrast, U.S.-bound Chinese investment plunged 92% to $2 billion. Germany and France, along with Sweden and the U.K., were the leading European destinations for Chinese investment, which "dramatically veered toward Europe over North America" during the six months, according to the report.

French lawmakers in September began debating a bill proposed by the government to include sectors such as artificial intelligence, data storage and robotics among those where the state can block acquisitions by foreign companies. The current rules cover deals for voting stakes greater than one-third in defense, energy, transportation and certain other industries.

Finance Minister Bruno Le Maire said earlier this year that France is open to long-term investment from China, "but not looting."

France also worries about Chinese acquisitions of vineyards and other assets in its prized farm sector. Agriculture Minister Stephane Travert is reportedly considering new restrictions on such deals, although no specifics have been announced.

Meanwhile, British policymakers are crafting rules that, if adopted, would allow the government to intervene on any acquisition regardless of its size. Until now, only deals for businesses with more than 1 million pounds ($1.3 million) in annual revenue in sectors like defense stood a chance of being blocked.

Germany and France are also spearheading a proposal for an EU-wide screening process for inbound investments, aiming to see it enacted next May. The bill includes a provision that would require consultations with the EU when at least one-third of member states deem a proposed acquisition harmful on security or other grounds.

Not all EU members favor such rules. Greece, which sees Chinese investment helping support its weak economy, is cautious. Portugal, Hungary and other countries that have taken Chinese money also appear reluctant to back the screening proposal.