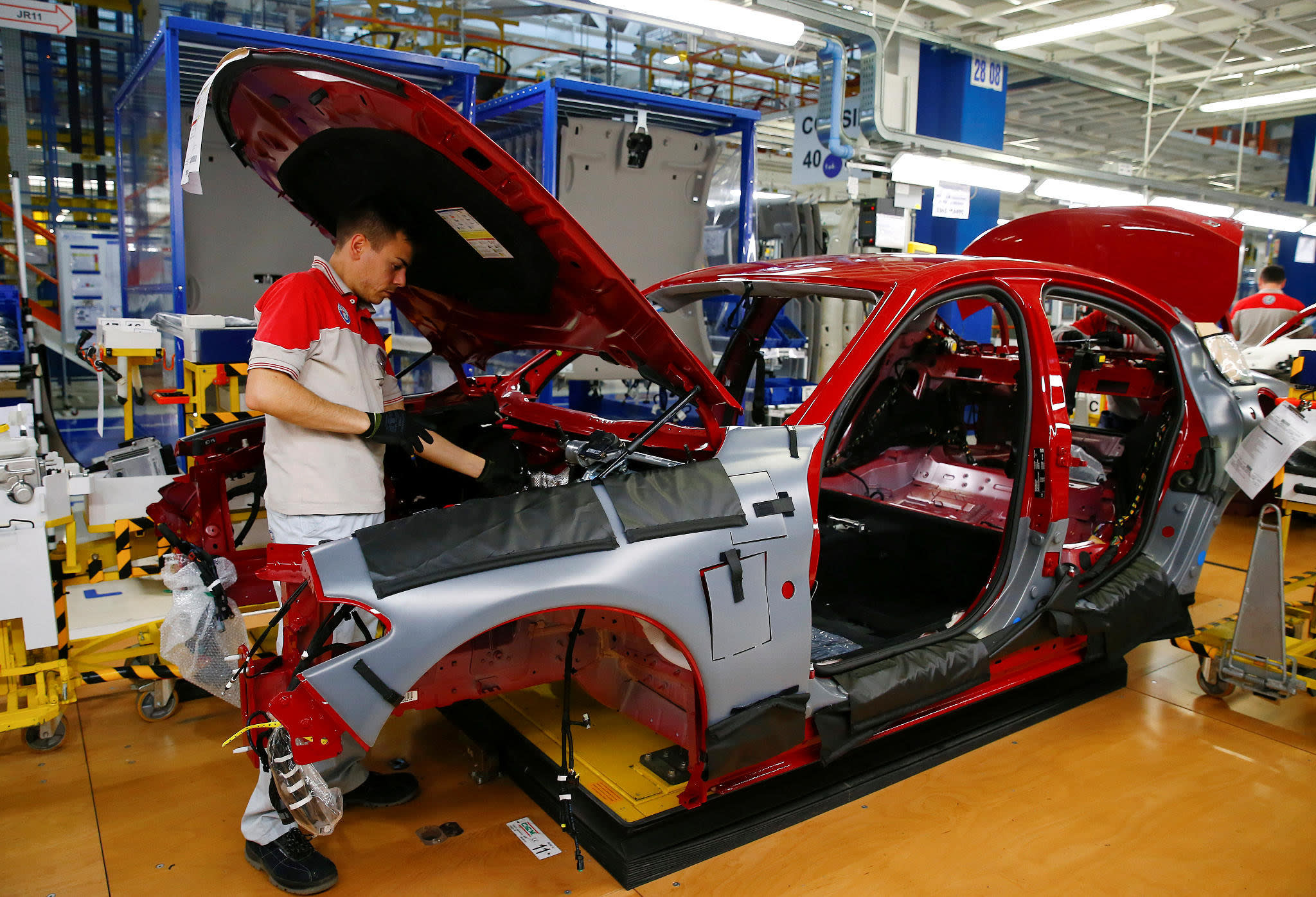 FRANKFURT, Germany/PARIS -- Fiat Chrysler Automobiles is set to propose a merger with Renault on Monday, several sources familiar with the matter told Nikkei, a deal that would be watched closely for its impact on one of the world's largest automaking alliances.

Renault is expected to hold a board meeting on Monday, according to the sources.

A merger between the two automakers, which both have roots in Europe, would provide the greater scale needed to boost profit margins and invest in the development of self-driving and electric cars.

The goal is not for Renault to acquire FCA, but to form a partnership, a source familiar with the matter said.

The proposal comes as Renault readies for a meeting of the operating board for its alliance with Nissan Motor and Mitsubishi Motors in the Japanese city of Yokohama on Wednesday.

A Renault-FCA tie-up would not be expected to change the French automaker's current alliance structure with Nissan and Mitsubishi.

Representatives from both FCA and Renault declined to comment. A Nissan executive said the Japanese automaker had not heard anything regarding negotiations between FCA and Renault.

If FCA were to join the Renault-Nissan-Mitsubishi alliance, the total annual sales would top 15 million vehicles, easily surpassing those of Germany's Volkswagen Group, which ranked No. 1 globally last year with 10.83 million units.

Unlike the Renault-Nissan-Mitsubishi alliance, which lacks strength in luxury cars, FCA holds several high-end brands including Maserati and Alfa Romeo.

FCA's earnings depend mostly on its sales in North America. A merger with Renault, which obtains most of its earnings from the European market, would supplement each other's weaknesses. FCA could use the deal to forge a closer relationship with Nissan and Mitsubishi as well, helping it make further inroads into Asian markets, where it has a limited presence.

A merger also would benefit both carmakers in terms of production and investment in new areas such as artificial intelligence and electric vehicles.

The development of connected, autonomous, shared and electric cars, which are considered keys to the industry's future, is extremely capital intensive. Automakers are pairing up with more businesses to eliminate overlapping investments.

FCA, for example, has partnered with Alphabet unit Waymo and is in talks to produce cars carrying Waymo's self-driving system. It also is working with BMW and Intel on the technology.

But FCA remains significantly behind industry leaders on electric vehicles and connected cars. A merger with Renault could provide a boost in these fields.

FCA has sought to streamline its business by scaling up. Sergio Marchionne, the company's late chief executive, previously proposed an integration with General Motors. In March, Groupe PSA of France reportedly proposed a merger with FCA.

Michael Manley, who became FCA's CEO in July 2018 just before Marchionne's death at age 66, is also considered open to a possible merger or integration with other automakers.

"We are expecting various opportunities in a couple of years," Manley said on May 3 in an earnings briefing call. "FCA will take an aggressive move."

The automaker posted a record adjusted earnings before interest and taxes of 7.28 billion euros ($8.16 billion) in 2018 thanks to better cost management. FCA plans to shore up its less profitable products, like smaller Fiat-brand vehicles, while expanding its more profitable brands like Jeep and Alfa Romeo to 80% from 65% of its sales in the five years through 2022.

An FCA-Renault merger likely would affect discussions between Nissan and the French company. Renault proposed restarting talks with Nissan on a merger in April and is also expected to put more pressure on the Japanese automaker to review their capital ties after Nissan's general shareholders meeting in June.

The French automaker owns 43% of Nissan, in contrast to the Japanese company's 15% nonvoting stake in Renault. Nissan so far has rebuffed its French partner's push, believing it makes outsize contributions to the alliance. Nissan was responsible for over half the roughly 10.75 million vehicles the alliance sold in 2018.