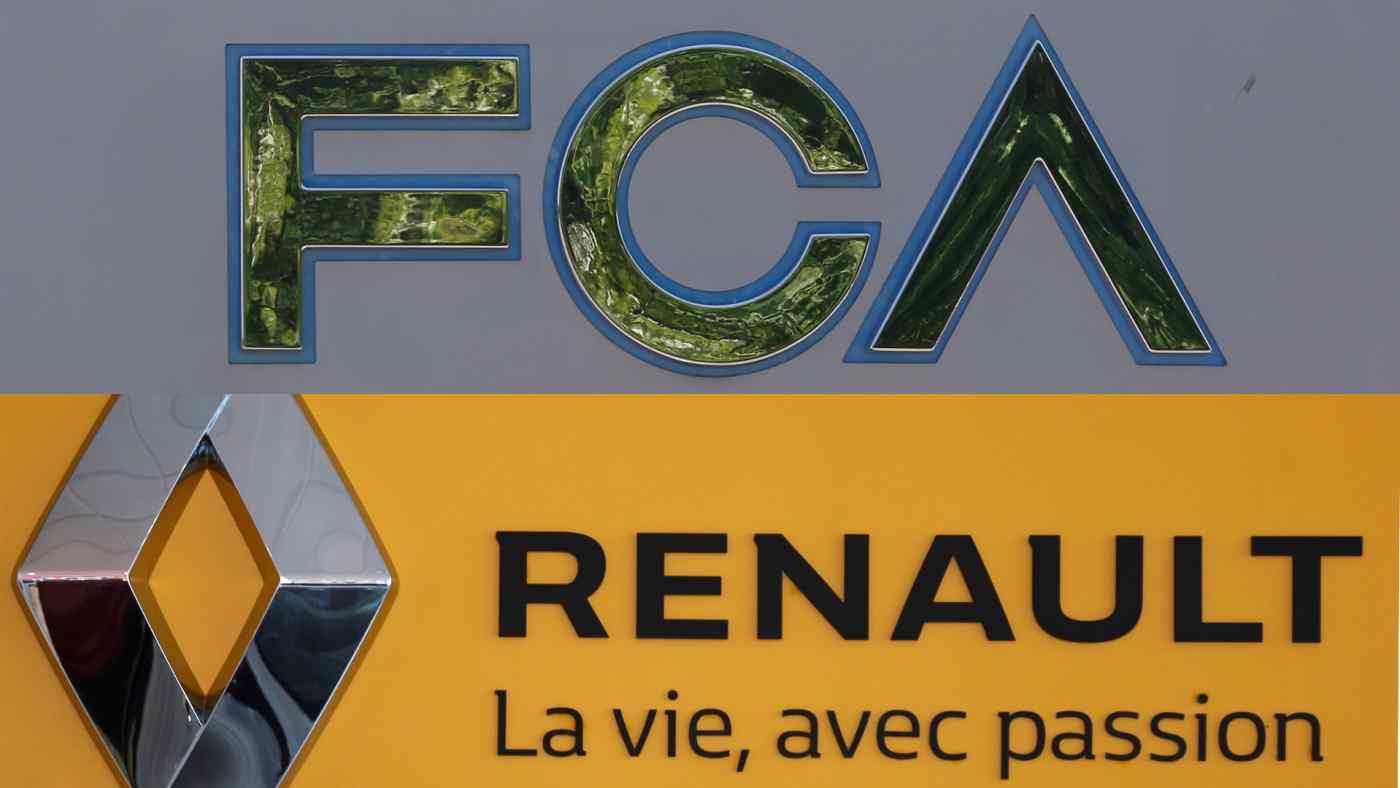 PARIS/TOKYO -- Fiat Chrysler Automobiles, an Italian-American multinational carmaker, said Monday that it has proposed combining its operations with those of French automaker Renault, a move that would underscore the industry's rapid evolution in recent years.

FCA said the combined business would be 50% owned by FCA shareholders and 50% by those of Renault, and create synergies worth more than 5 billion euros ($5.6 billion) a year. It proposes a board initially made up of 11 members, with four members each for both FCA and Renault, and one from Renault alliance partner Nissan Motor.