Closing of Softbank-backed $3.6 billion Zozo merger has other pros and cons 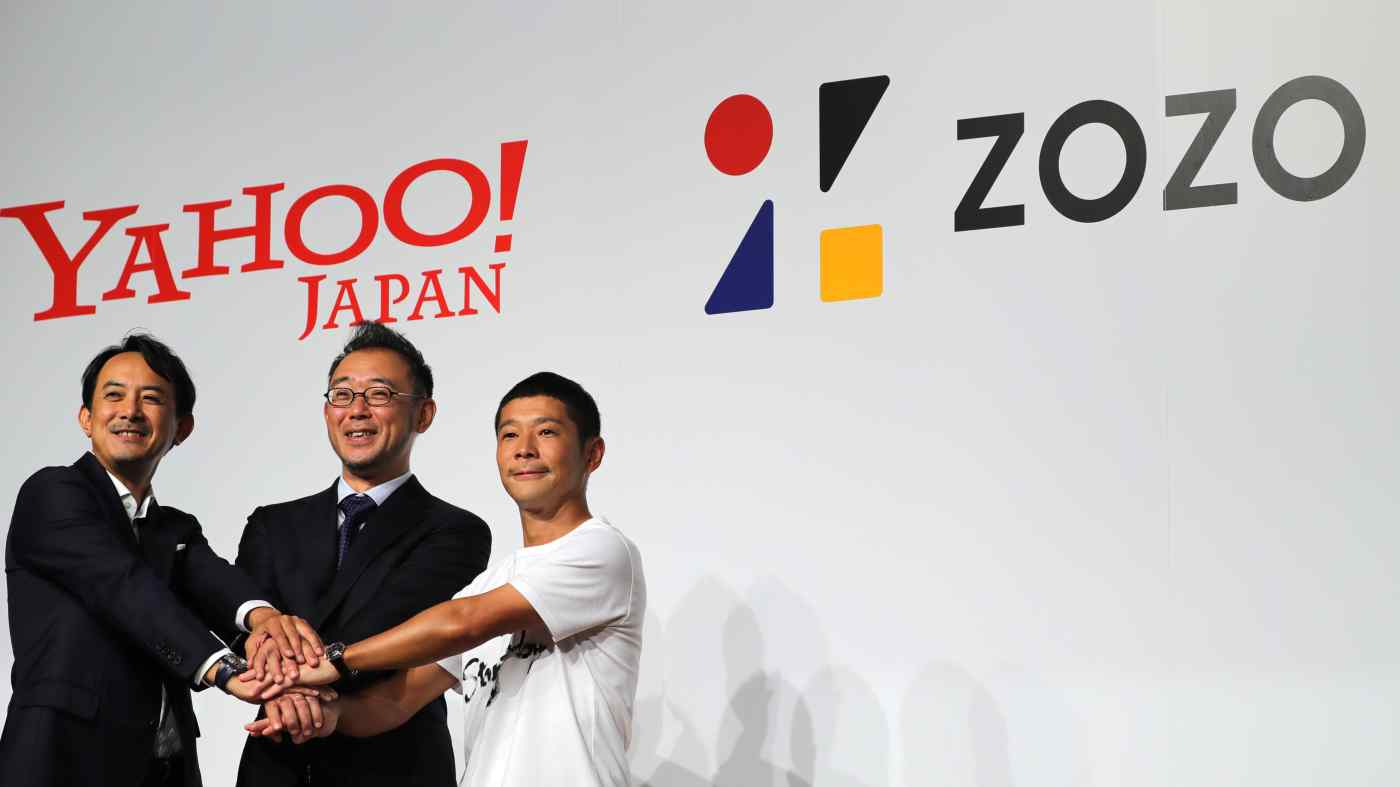 TOKYO -- Two weeks ago, SoftBank CEO Masayoshi Son unveiled a group loss of $6.4 billion, pledged to be more careful but also promised "no change in policy" when it came to deal-making.

On Thursday, Son showed he was good to his word.

As news leaked overnight of a mooted $27 billion tie-up between Softbank's Yahoo Japan and Line, the popular messaging app, Yahoo Japan also closed on its $3.6 billion purchase of a majority stake in maverick fashion retailer Zozo, which was announced two months ago.

Taken together, the two deals represent Son's biggest attempt yet to create a Japanese "superapp" that integrates e-payments, news and e-commerce -- with Zozo providing a profitable fashion aspect to the deal, as well as a younger demographic.

While a Line deal would have its own complications and possibilities, the takeover of Zozo by Yahoo Japan, which was renamed Z holdings last month, has others.  There are two main challenges.

First, leaving aside the Line deal, which may or may not happen, can Yahoo Japan successfully add Zozo's heft in online fashion retailing to boost its internet presence to match that of its rivals?

Although a trailblazer when it launched back in 1996, Yahoo Japan has perpetually lagged in third place behind global e-commerce giant Amazon, as well as its arch domestic rival Rakuten, both of which have amassed nearly double its number of monthly users in Japan.

Second, if the Line deal does happen, the company is currently loss-making, so will Yahoo Japan still have deep enough pockets to pay for the discounts and promotions that many analysts believe the Zozo venture will need to expand growth?

Although Japan's $110 billion e-commerce market is still growing, the number of consumers is static given already high internet penetration and Japan's declining population.

"Yahoo can [now] suddenly claim that it is a fashion website," said Hiroko Sato, an analyst at independent investment bank Jefferies.

With its base of 8 million customers mostly in their 20s and 30s, adding Zozo to Yahoo's marketplaces will also bring fresh blood to Yahoo Japan's e-commerce business which has generally attracted an older audience profile than Amazon and Rakuten.

The Zozo deal could also bring more women. While men make up 60% of users in Yahoo's online mall, 70% of Zozo's customers are female.

Minoru Fukuda, a partner at global consultancy Roland Berger, said that with its acquisition of Zozo, Yahoo Japan has "got on the starting line" to challenge its rivals, Amazon and Rakuten, which have also rushed to invest in fashion because of the market size and changing trends and seasons guaranteed repeat customers.

"Whoever is strong in fashion will see their [total] e-commerce grow," said Fukuda, adding that with Yahoo's deeper pockets, Zozo should be in a position to attract new users through more generous promotions and discounts. In 2018, fashion accounted for about 20% of total e-commerce sales worth at 1.7 trillion yen, according to Japan's Ministry of Economy, Trade and Industry.

Still, the competition will likely be intense.

James Peters, vice president of Amazon Japan's fashion business, also told the Nikkei Asian Review, that the company was investing in fashion, pointing to the launch this year of its global retail service The Drop where social media influencers can sell their fashion collections for a limited period.

While Zozo might be Japan's number one online fashion retailer for now, the company is in no position to be complacent, with the company's rapid growth showing recent signs of slowing down.

In the three months to June 30, the number of customers who bought something from Zozo within one year increased by only 1% compared to the previous quarter, and 5% growth for the same period last year.