Feud over, sportswear maker Descente to raise its game in China 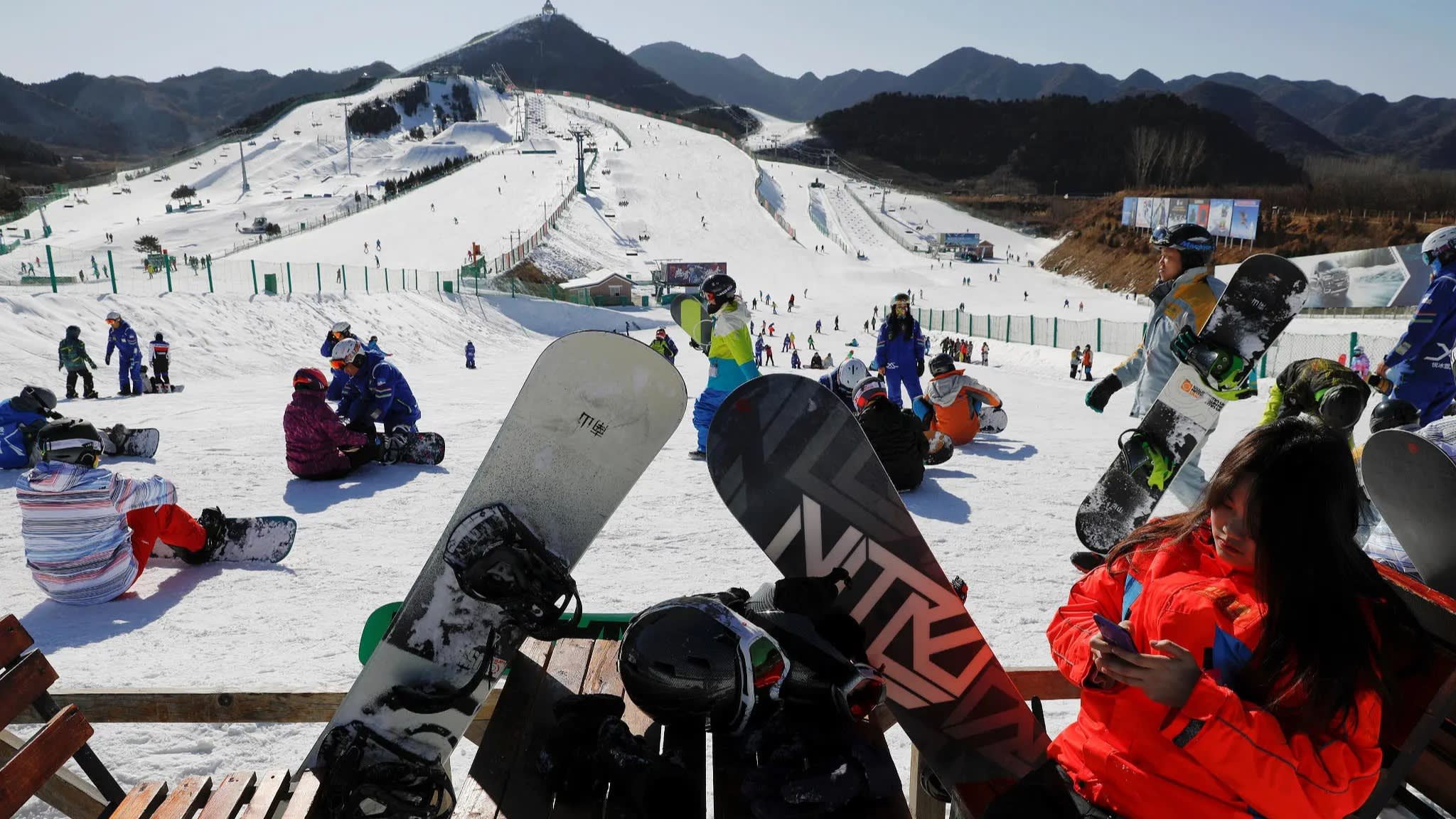 Snowboarders enjoy a day at the Nanshan ski resort, east of Beijing. Sportswear maker Descente hopes to capitalize on the 2022 Beijing Winter Olympics to boost sales in China.   © Reuters

TOKYO/OSAKA -- Japanese sportswear maker Descente said Monday it has agreed to a management reshuffle proposed by trading house Itochu, ending a bitter clash with its largest shareholder and freeing the two to pursue a new growth strategy centered on China.

The truce follows a rare hostile takeover in Japan, in which longtime investor Itochu moved to increase its say in the Osaka-based apparel company.

Descente will name Shuichi Koseki, head of Itochu's textile business and one of the company's top China hands, as its new president to replace Masatoshi Ishimoto, a member of Descente's founding family. Nine of the 10 directors will be removed, with the exception of Kim Hoon-do -- head of Descente's South Korean operations, which generate 50% of group sales.

The board will be shrunk to six members, with two each from Descente and Itochu and two independent directors. The changes will take effect in June after being proposed to shareholders at a regular meeting.

With the feud seemingly over, Descente's focus shifts to finalizing a medium-term business plan starting this year, in which the Chinese market will play a central role.

Descente sells its namesake brand in China, along with other products such as Arena swimwear, with each brand operating through a separate local subsidiary. Its main focus there is the Descente brand, which is run jointly with Itochu and China's Anta Sports Products, Descente's second-largest shareholder.

Hopes are high for the partnership with Anta, which operates about 12,000 stores across China. The share of Descente's sales generated in China has jumped to around 15% from 8% three years ago. Anta Chairman Ding Shizhong told Nikkei this month that he supports Itochu's plan, seeing it as "a plus for Descente."

Ding said he wants to leverage Descente's strength in winter sports. He plans to increase the number of Descente outlets in China, which totaled 117 at the end of last year, by 30% to 40% annually over the next five years, capitalizing on the opportunities afforded by the 2022 Winter Olympics in Beijing. In addition to its namesake brand, Descente offers the Le Coq Sportif and Arena brands in China. (Photo by Kento Awashima)

Koseki's leadership may also prove helpful in what has been a challenging market for Descente.

The incoming president is known for being one of Itochu's top China experts, having spent time working in Beijing and Shanghai since the early days of his career. He previously served as Itochu's CEO for East Asia and led a successful initiative to have 1,000 of the trading house's employees speak Chinese.

Descente's current management has tried making headway into the Chinese market. The challenge will be speeding up these efforts, particularly amid competition from the likes of Nike and Adidas, which are also making inroads there. While Descente can leverage Anta's sales network, it still lags far behind its Western rivals in terms of name recognition and product development.

"Descente's Chinese operations have lacked speed, so that's something we want to improve," Koseki told reporters in January, when Itochu launched its unsolicited tender offer.

The truce over management picks suggests that Itochu and Descente are starting to heal the fractures in their decadeslong relationship that culminated the hostile offer. The bid, which boosted the trading house's stake in Descente to 40% -- enough to veto major decisions -- was opposed by nearly 90% of the sportswear company's Japanese employees, leaving Koseki with the challenge of pursuing growth without causing any further ill will.

Descente and Itochu had been deadlocked on the management issue, but Descente eventually caved in after the trading house threatened tougher measures, such as demanding an extraordinary shareholders meeting.

"We're changing only [Descente's] management, not trying to change the company itself," a senior Itochu executive told Nikkei.