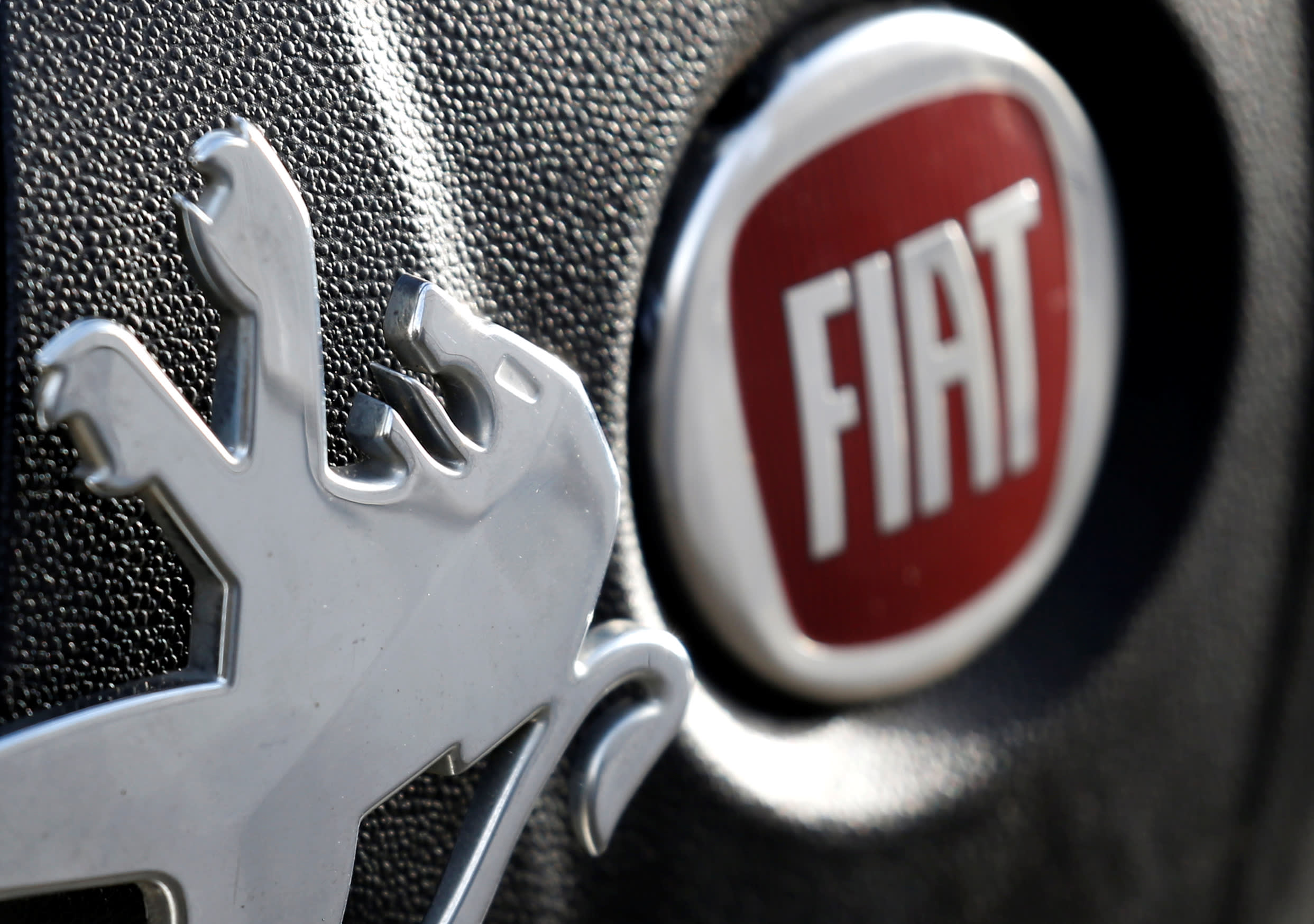 Two midsize automakers threatened by technological and regulatory hurdles have crafted a plan that could end up transforming the global industry.   © Reuters

MILAN/PARIS (Reuters) -- Fiat Chrysler and Peugeot owner PSA plan to join forces through a 50-50 share swap to create the world's fourth-largest automaker, they said on Thursday, triggering a new wave of consolidation in the car industry.

Fiat Chrysler (FCA) and PSA said they aimed to reach a binding deal to create a $50 billion company domiciled in the Netherlands, with listings in Paris, Milan and New York and with PSA's Carlos Tavares as CEO and FCA's John Elkann as chairman.

The move comes less than five months after FCA abandoned merger talks with PSA's French rival Renault and at a time when carmakers are grappling with a global downturn in demand, as well as costly new technologies such as self-driving vehicles and cleaner models to meet tough new emissions rules.

"The Supervisory Board of Peugeot S.A. and the Board of Directors of Fiat Chrysler Automobiles N.V. have each unanimously agreed to work towards a full combination of their respective businesses by way of a 50/50 merger," the companies said in a joint statement.

The management teams of FCA and PSA will seek to finalise the discussions in the coming weeks to create a group with 8.7 million in annual vehicle sales and make savings of 3.7 billion euros ($4.1 billion), even without plant closures, they said.

Around 80% of potential synergies could be achieved within four years, at a cost of 2.8 billion euros, the companies said.

"In a rapidly changing environment, with new challenges in connected, electrified, shared and autonomous mobility, the combined entity would leverage its strong global R&D footprint and ecosystem to foster innovation and meet these challenges with speed and capital efficiency," FCA and PSA said.

French Finance Minister Bruno Le Maire welcomed the deal, saying it would give the two companies the critical mass needed to thrive in a fast changing industry.

Paris, which has a 12% stake in PSA, was blamed for the collapse of FCA's merger talks with Renault as it urged the French firm to focus on its existing alliance with Japan's Nissan. The French government also owns 15% of Renault.

The combined group will have an 11-person board, with six members coming from PSA including Chief Executive Tavares, and five from FCA including Chairman Elkann.

As part of the deal, FCA will pay its shareholders a 5.5 billion euro ($6.1 billion) special dividend and hand them shares in its robot-making unit Comau, they said.

Jefferies analyst Philippe Houchois said PSA was effectively paying a 32% premium to take control of FCA. "We continue to see FCA-PSA as the most logical and attractive combination in autos," he said.

FCA shares jumped more than 8% in early trade, while PSA's dropped around 7%.

Stricter anti-pollution rules from 2021 have triggered heavy investments into electric and hybrid vehicles as European lawmakers forced a 37.5% cut in carbon dioxide emissions between 2021 and 2030, after a 40% emissions cut between 2007 and 2021.

A combination with PSA would give FCA access to the French group's more modern and more flexible vehicle technologies, including the CMP modular platform, which was launched in 2019 for Peugeot's e-208 compact city car, and donated the technology which allowed Opel to build the Corsa-e mini.

Meanwhile, the deal would give PSA a stronger position in north America, where FCA makes the vast bulk of its profits.

PSA has already integrated Opel and Vauxhall, which it bought from General Motors in 2017, shifting them from nine GM platforms to just two, a step which helped Opel to return to profit after more than a decade of losses.