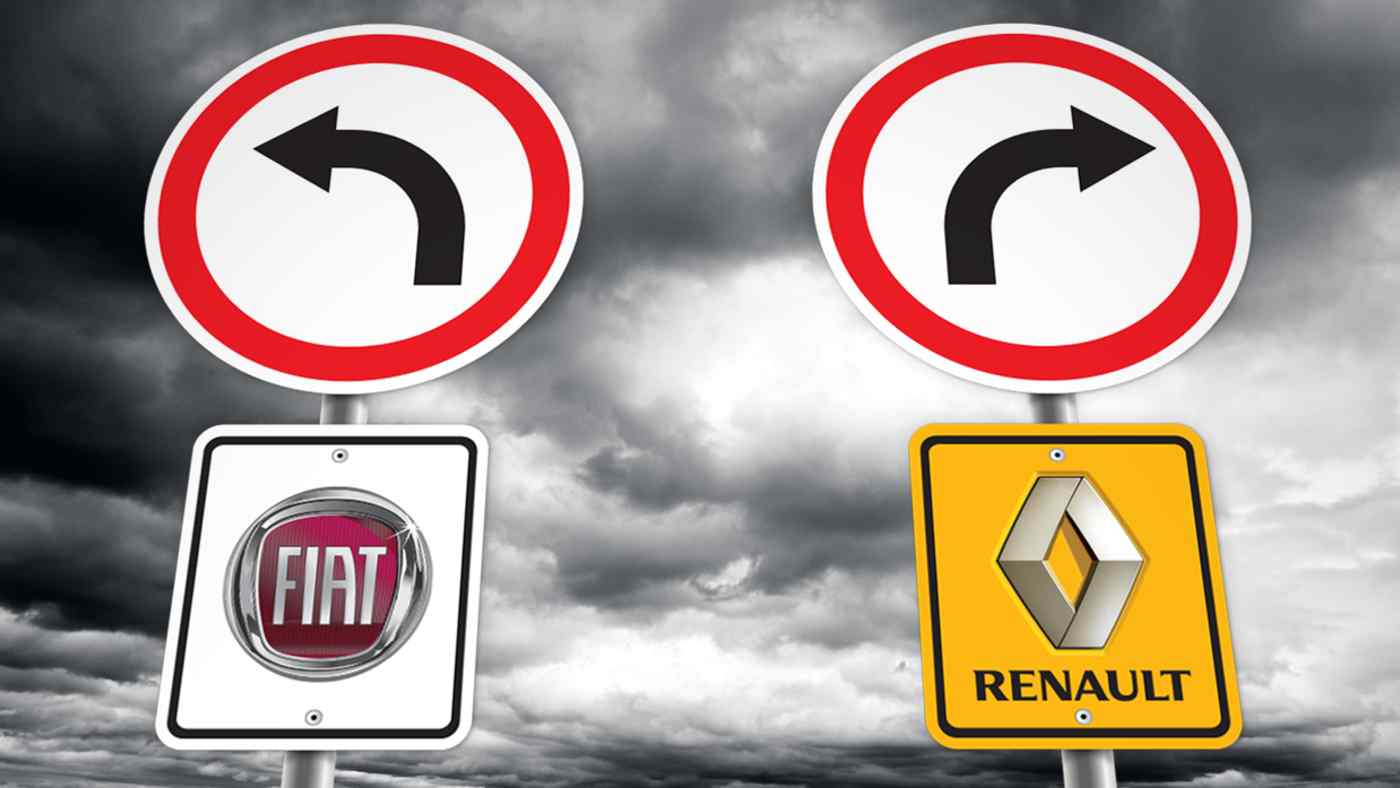 FRANKFURT/PARIS -- Fiat Chrysler Automobiles withdrew its proposal for a $35 billion merger with Renault as the French automaker's board found itself unable to vote on the matter.

Renault's board late Wednesday night issued a statement that spelled trouble for the proposal. "The Board of Directors was unable to take a decision due to the request expressed by the representatives of the French State to postpone the vote," it said.

On Thursday, FCA issued its own statement. "FCA remains firmly convinced of the compelling, transformational rationale of a proposal that has been widely appreciated since it was submitted," the statement reads. "However it has become clear that the political conditions in France do not currently exist for such a combination to proceed successfully."

Later in Tokyo, Nissan President and CEO Hiroto Saikawa told reporters, "I don't really know [the situation] yet." He added that he "has not received formal notice."

According to a source close to Renault, a labor union representative at the Renault board meeting came out against the merger while two Nissan appointees abstained.

Before last week, Nissan had apparently been unaware that its alliance partner, Renault, which holds a 43.4% stake in the Japanese automaker, had been in preliminary discussions with FCA.

Although Renault has the loudest voice in the alliance, Nissan is the dominant automaker and the one with the technology that will be important as the industry switches over to electric cars and self-driving vehicles. Analysts say its executives feared they would have even less sway were their dominant shareholder to merge with FCA.

As to why Nissan did not show support for the Renault-FCA merger in the days after it was announced, Saikawa said, "It is not a matter of supporting or opposing the merger but a matter of Renault, our partner and shareholder, becoming a different company."

He said he had told Renault that "as Nissan, we need to consider various things and it would take time [to make a decision]."

Nissan's share price fell 3.8% at one point after Wednesday's market close, before recovering some of the losses.

FCA's proposal to merge with Renault came with automakers facing the need to invest in self-driving technologies, electric vehicles and to ensure they can meet emission standards.

On May 27, FCA proposed to Renault that the shareholders of both companies hold an equal 50% stake in a combined company. With the inclusion of Nissan Motor and Mitsubishi Motors, alliance partners to Renault, FCA was aiming to form a dominant auto coalition with sales of more than 15 million vehicles.

Renault had said it would positively consider the proposal after receiving the offer, and held board meetings on June 4 and 5 to consider whether to enter exclusive negotiations.

At the same time, FCA had been negotiating possible concessions to obtain approval from the French government, a 15% owner of Renault. Officials had been reluctant toward the proposed merger conditions.

However, FCA appears to have dropped the offer after judging there was no guarantee of a merger even if was to enter talks with Renault.

According to French newspaper Figaro, the French government demanded long-term assurances that the CEO of the new company would be chosen from Renault. It also asked the automaker to offer a stronger pledge of maintaining employment levels in France for a longer period of time. In addition, it wanted Renault to guarantee that the merged company's operational headquarters would be in France.

Both Renault and its Italian-American peer had said a merger would cut costs while accelerating the development of electric vehicles and autonomous driving as well as the sharing of EV platforms and driverless technologies.

A proposal had been floated that would have installed FCA Chairman John Elkann as chairman of the combined company, while Renault Chairman Jean-Dominique Senard was to step in as CEO.

Before the board meeting concluded, Bruno Le Maire, France's economy and finance minister, told reporters that the merger could not move forward without Nissan's input.

The deal "must gain Nissan's approval," Le Maire said, stressing that the Japanese automaker should have access to information concerning the merger since it would be affected by the deal.

"They should not be shut out of the discussions," he added.

Driving these concerns appears to be the prospect of Nissan not cooperating after the merger. Saikawa has given no clear indication about whether he would have supported FCA's proposal.

The merger "would require a fundamental review of the existing relationship between Nissan and Renault," Saikawa said in a statement published Monday.

Since Nissan is ahead of Renault and FCA in the development of electric vehicles and connected cars, a Renault-FCA merger without Nissan's involvement would be less beneficial to the European automakers.

Le Maire is due to arrive in the western Japanese city of Fukuoka, where finance ministers and central bankers will attend a Group of 20 meeting over two days ending Sunday. He said Wednesday there are no plans for him to meet with Saikawa.