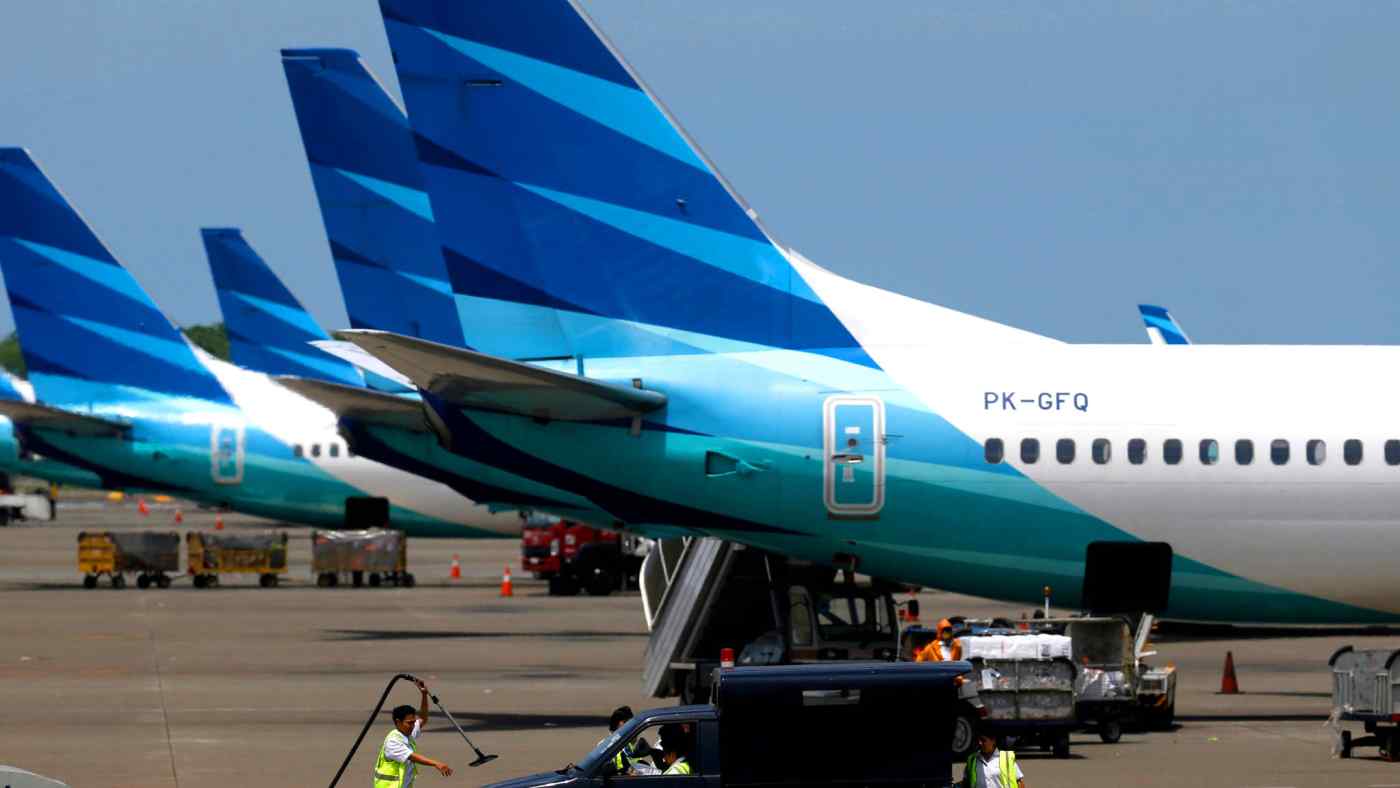 The accounting error relates to the carrier's contract with Mahata Aero Teknologi, a local company, under which a Wi-Fi connection service will be made available on all Garuda planes.   © Reuters
SHOTARO TANI, Nikkei staff writerNovember 15, 2018 00:09 JST | Indonesia
CopyCopied

Garuda's low-cost carrier Citilink Indonesia will take over operations at Sriwijaya Air and Nam Air, both airlines under the Sriwijaya Group. Garuda group personnel will replace senior management at Sriwijaya and Nam, a spokesperson from the flag carrier said.