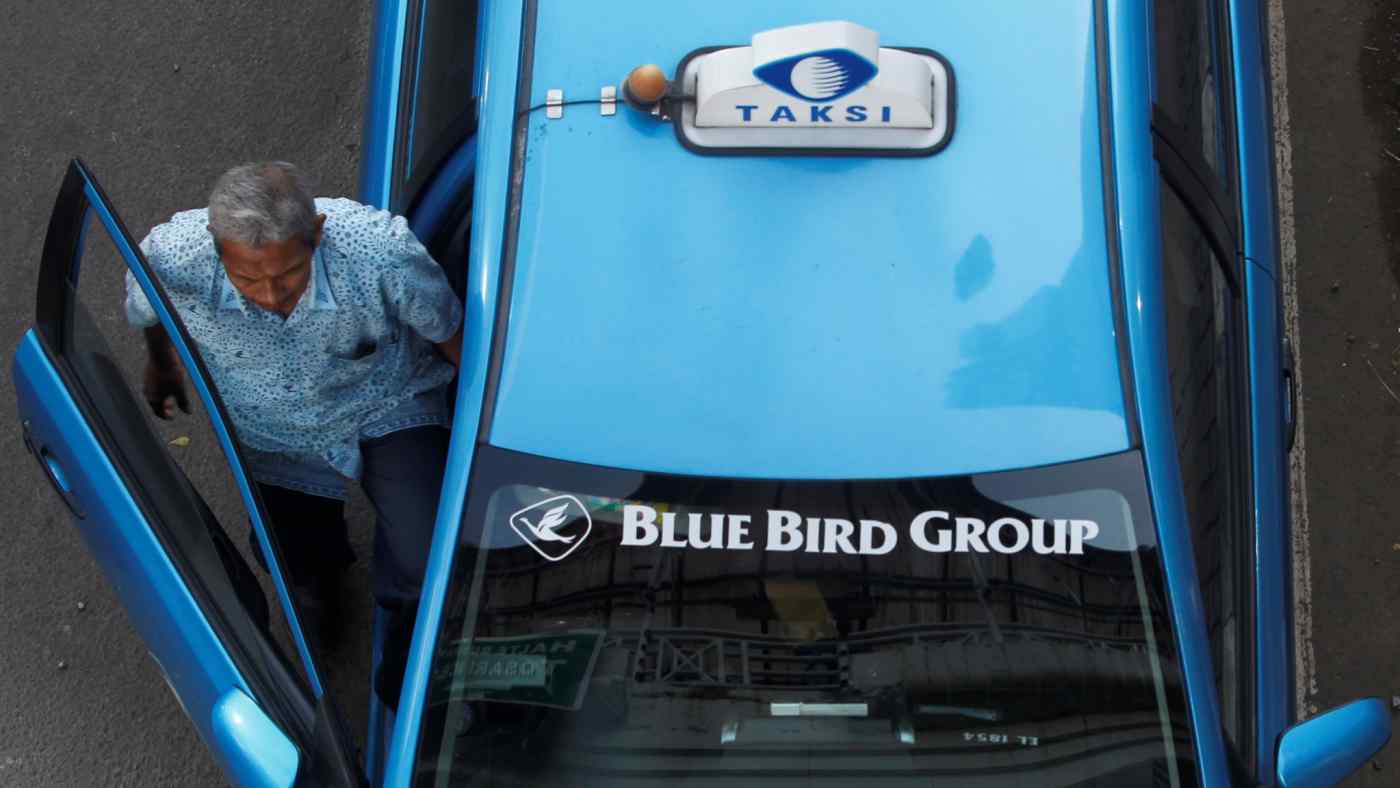 The move by Indonesia's most valuable startup goes beyond transport, seeking to boost its mobile payment service, GoPay, as it battles for dominance in the country's booming e-payment market.

The companies already have a partnership allowing users of the Gojek platform to hail Blue Bird taxis. Under the capital tie, the iconic blue taxis will be outfitted with QR code scanners to let passengers use GoPay. Users of Blue Bird's own taxi-hailing app also will have the option to pay with the service.

"The increase in collaboration with Blue Bird ... allows us to improve our two main services in Indonesia -- namely, payment and transportation," Andre Soelistyo, co-CEO of Gojek, said in a statement.

Gojek acquired 108 million shares, or around 4.3%, of the taxi operator for 3,800 rupiah per share. This valued Blue Bird about 30% higher than the closing price on the Indonesia Stock Exchange on Feb. 13, when the transaction was completed. Gojek is Indonesia's only decacorn, a startup valued at over $10 billion.

The battle, which also includes smaller players to a lesser degree, previously focused on heavy promotional spending to attract customers. But burning cash to support growth has faded as profitability and sustainability became the new mantra for startups.

Consumer attitudes have changed as well, according to Ipsos. The majority e-payment adopters in Indonesia "have evolved in their user journey and choose convenience as the main driver for using digital wallets, followed by promotions," the market research company said in recently published survey.

Emphasis now goes toward ease of use and the ubiquity of the service. The deal with Blue Bird, which operates 23,000 taxis across 18 locations in Indonesia, suddenly gives Gojek the chance to draw millions of previously untapped taxi users into its ecosystem.

Blue Bird always has maintained that ride-hailing and conventional taxi services could go hand in hand.