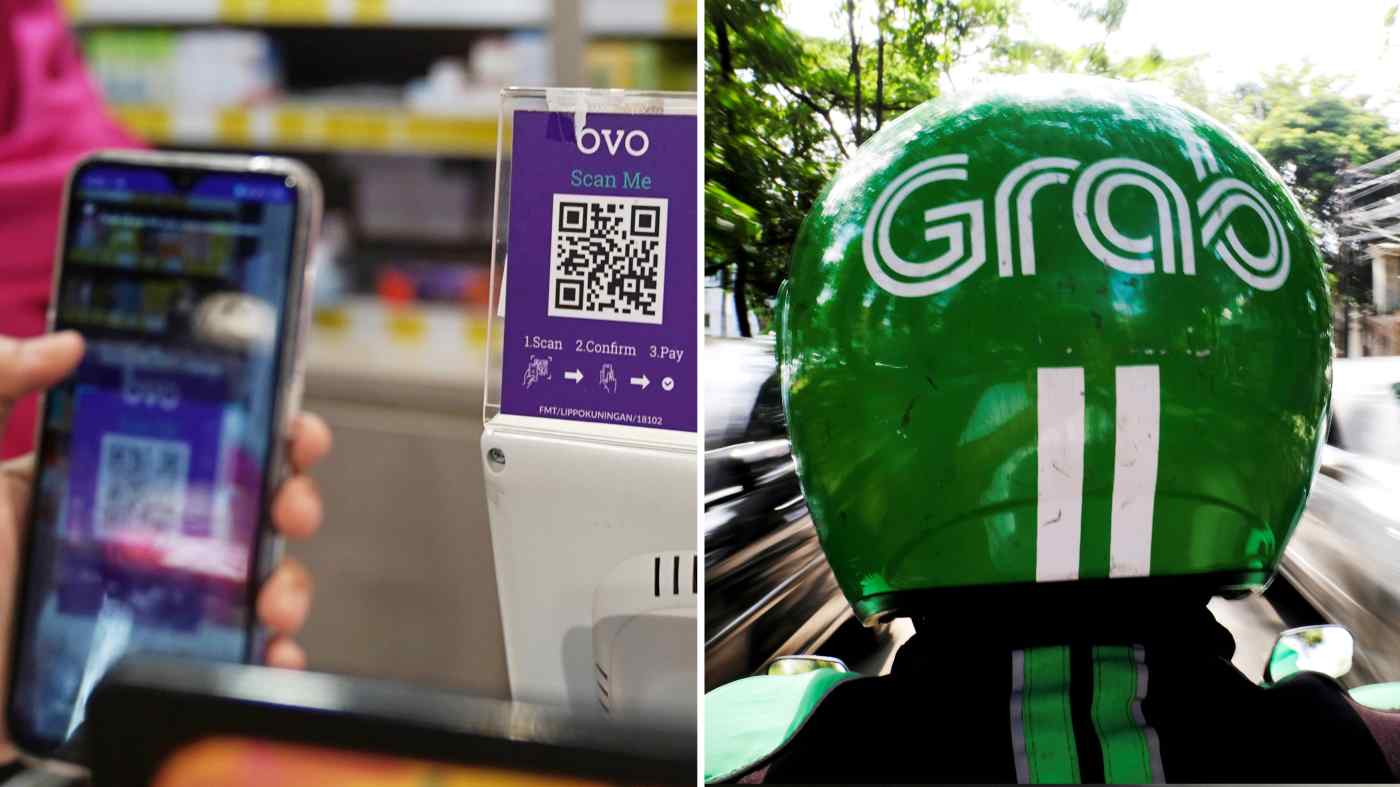 The move will likely spark further transactions in the Indonesian digital payments industry due to the country's central bank prohibiting foreign majority ownership of an e-payment entity.

Legal filings show that as of Oct. 1, Grab holds 90% of Bumi Cakrawala Perkasa, OVO's parent, up from the previous 39%. Prior to the transaction, local e-commerce major Tokopedia had held around 41% of the entity but had to divest its shares due to its merger with Grab's rival Gojek to form GoTo. GoTo operates GoPay, another leading e-payment service in the country.

"We are pleased to complete the first part of a wider exercise to restructure our ownership. We welcome a greater commitment from Grab," OVO said in a statement on Monday. "We're working in close consultation with the regulators to complete the ownership restructuring process, and are confident this will allow us to better serve the financial services needs of Indonesians."

Meanwhile, a GoTo spokesperson said the transaction "has been planned for some time" and that it "will allow us to continue to focus on further deepening the market-leading strategy of GoPay and the broader GoTo Financial ecosystem."

OVO initially started off as Lippo Group's rewards system within its corporate ecosystem, but expanded into e-payments in 2017. Lippo said it is not in a position to comment on the transaction at this time.

A person familiar with the matter said OVO will gradually be phased out from Tokopedia's ecosystem, with GoPay becoming the primary mode of payment on the e-commerce platform.

Aside from Grab's ownership, 5% of OVO is held by IDE Teknologi Indonesia, a firm with ties to an Indonesian company that Grab acquired, with the other 5% held by Cakra Finansindo Investama, a local investment firm.

Local media conglomerate Elang Mahkota Teknologi, or Emtek, may be a candidate to purchase such a stake. Prior to Grab's OVO transaction, two sources familiar with the matter said the conglomerate had been leading the race to acquire shares in OVO. Grab signed a strategic partnership with Emtek earlier in the year.

DealStreetAsia previously reported that Sinar Mas Group, one of Indonesia's largest conglomerates with businesses in property development, palm oil, financials and pulp and paper manufacturing, is in talks with Emtek to acquire DANA.

OVO was Indonesia's largest e-payment service in 2020 with a 38% market share, according to research by Boku, a U.S. mobile payments company.