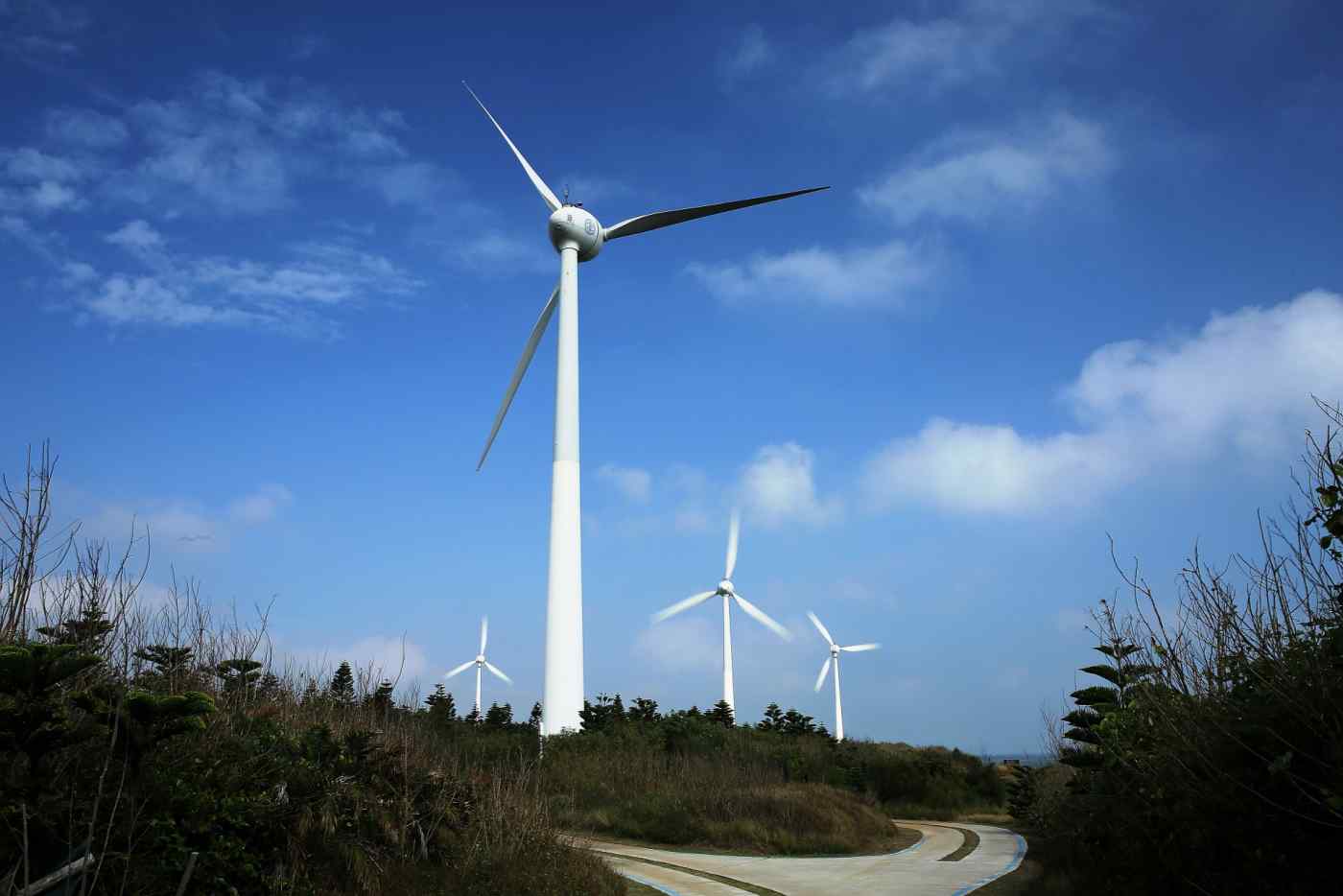 TAIPEI -- Hitachi's winning bid to build offshore wind turbines for Taiwan has the Japanese company considering construction of a plant on the island to capture more Asian business, the conglomerate's president revealed Monday.

Higashihara outlined a strategy that uses wind energy as a foothold to develop efficiently controlled power transmission and distribution systems. If orders grow, that approach could include a Taiwanese factory that produces core wind turbine equipment such as nacelle housing units.

"I wish to make Taiwan the hub of an Asian offensive," he said.

A consortium formed by Hitachi and Belgian group Jan De Nul won a contract worth 25 billion New Taiwan dollars ($846 million) for a wind farm expected to begin commercial operation off the island's western coast at the end of 2020. State utility Taiwan Power awarded the project for 21 wind turbines, each capable of generating 5.2 megawatts of power.

Jan De Nul, responsible for the design and installation of the turbines, will receive two-thirds of the contract amount. The rest goes to Hitachi, which will handle manufacturing and assembly, as well as operation and maintenance of the turbines.

Overall demand for building offshore wind farms in the Taiwan Strait has climbed to NT$1.8 trillion, igniting a race to land orders.

Hitachi's power and energy segment generated sales of 495.7 billion yen ($4.53 billion) in fiscal 2016. But turnover from nuclear power totaled roughly 200 billion yen amid the slow restarts of Japanese reactors. Fossil-fuel power generation ceased being counted in consolidated earnings following the 2014 merger of the operations with those at Mitsubishi Heavy Industries.

Hitachi positions wind power as the next growth engine, targeting sales of roughly 100 billion yen from that business in fiscal 2020, about quintuple the result from fiscal 2015. The success of the Taiwanese operation will be crucial in determining the fate of the wholesale strategy.

Separately, the island's Ministry of Economic Affairs approved Taiwan Strait wind projects Monday totaling roughly 3.8GW that will fall under the feed-in tariff system. Seven out of nine bidders made the cut. Germany's Wpd is the big winner, landing 1.05GW worth of projects. Danish energy group Orsted will develop 900MW of wind capacity.